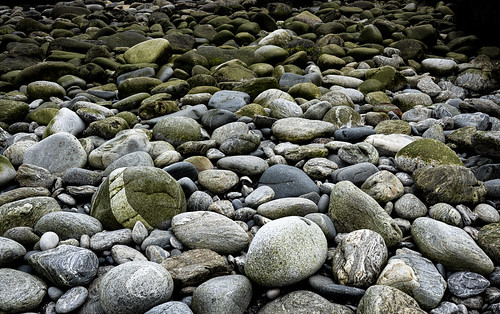 Yesterday I spent a couple of hours in the familiar territory of the rocks of Marshall Point, and (as usual) discovered scores of faces and creatures I’d never seen before, alongside old friends I’d captured on earlier expeditions. As I clambered over the rocks I tried to pay attention to what and how I was seeing, and to respond to the intensity of visual stimuli.

Most of the images from a day’s shooting convey the insight of a fleeting moment, an accident of light and angle: there’s a face, or the elements of a face, as if it was waiting for the photographer to come along and notice it and engage; seemingly, nobody else ever has.

The post-processing of images can focus the viewer’s attention on features as seen by the photographer. Such actions include cropping and rotation, tweaking Tone and Presence, judicious removal of distracting bits, vignetting, dodging and burning—all have plentiful precedent in traditional analog photography.

Quite a few of the processed images remain obscure to most viewers, who may wonder just what the photographer saw to inspire the framing and the exposure itself. A slim few pose no such challenge to the viewer: the physiognomy is palpable to anybody, and all agree that the face is real and actually there. 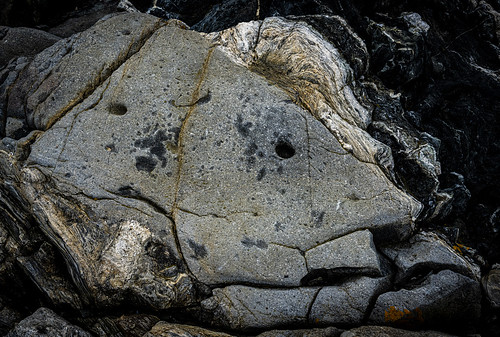 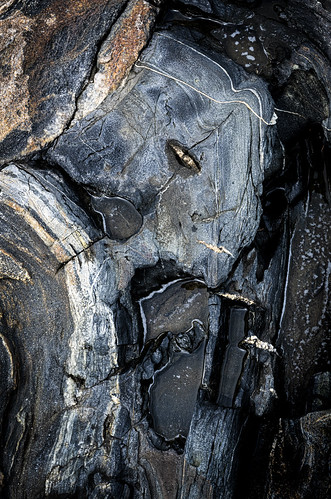 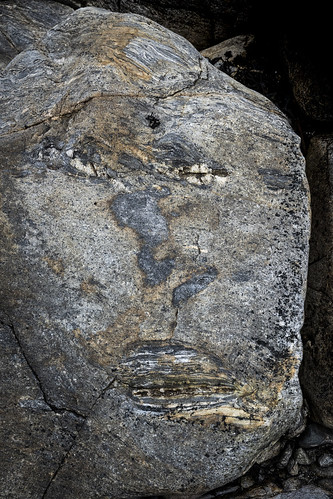 The latter are clearly the most ‘successful’ images, but the whole set from a given day tells us more about seeing than we can learn from the obvious successes alone.

Many of my rock portraits allude in a general way to the studio photographs seen in Abandoned Ancestors and Bluenose Physiognomy—a head framed in a rectangular space, features more or less in the expected places, displaying a grin or a moue or a grumpy frown. 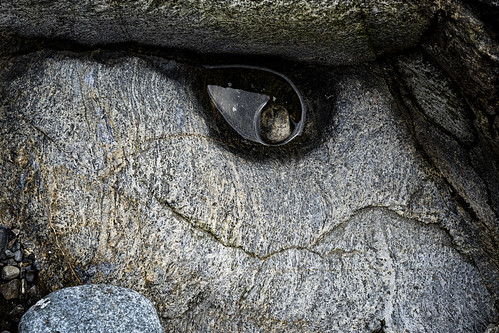 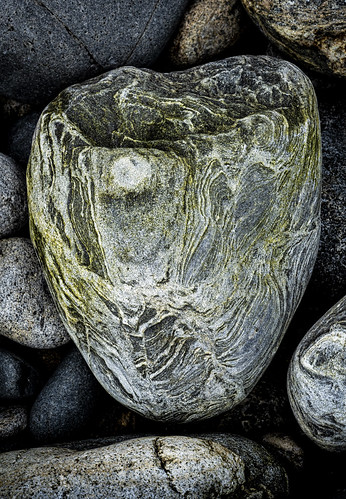 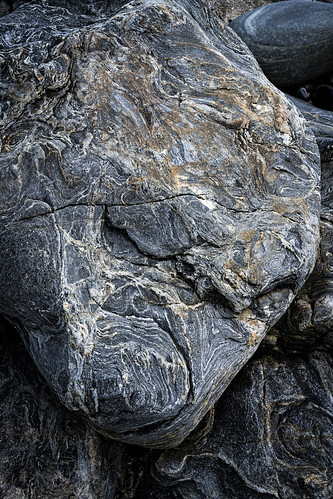 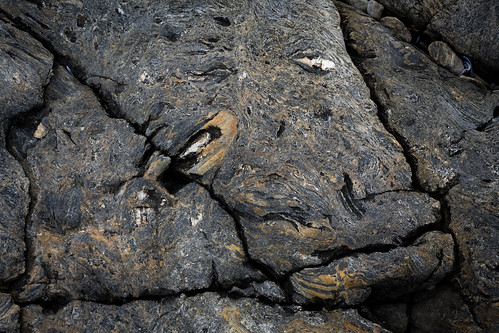 A few have specific resonance with images from a lifetime of eidetic image memory. Some enter new territory in proposing a neo-Cubist assembly of fragments to create a novel and subjective reading of face or body. 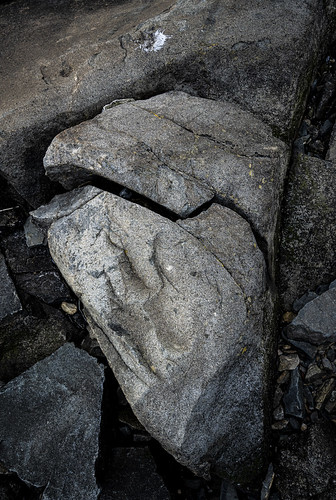 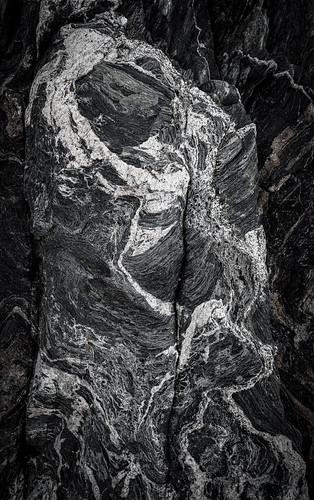 A few beg to be brought to life by mirroring. 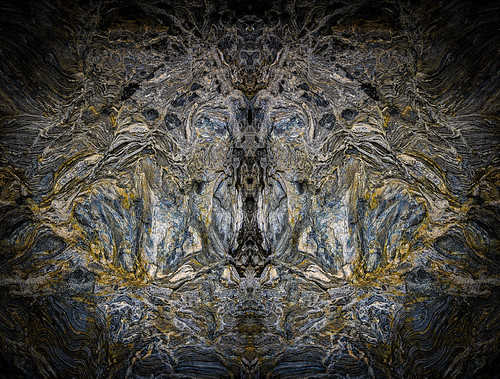 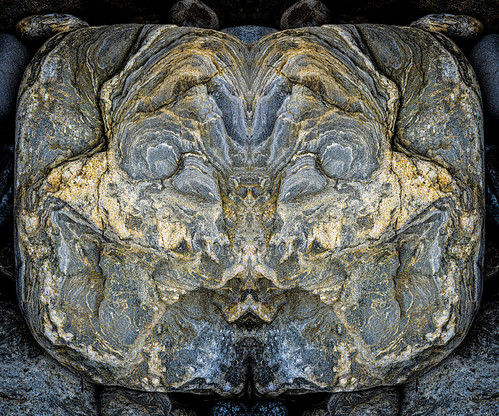 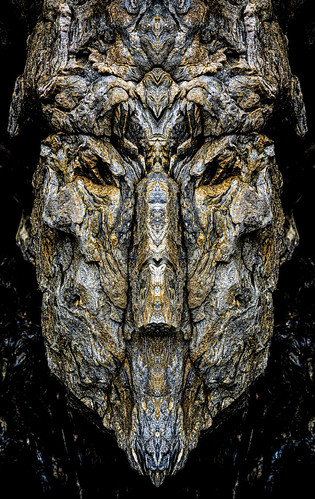 And some are simply enigmatic, for readers to make of what they will. 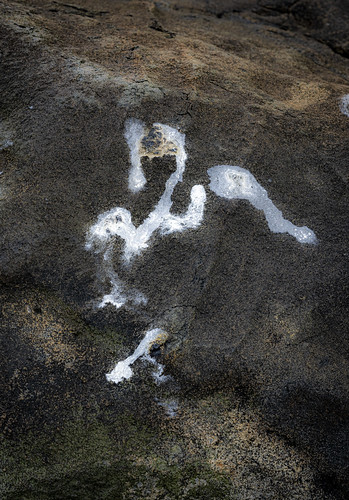 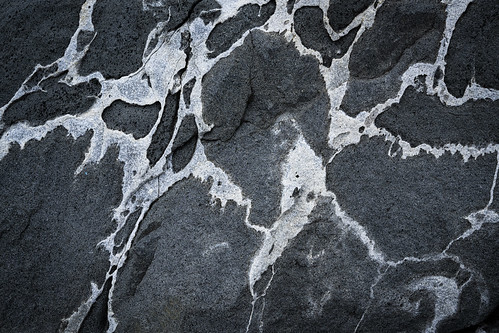 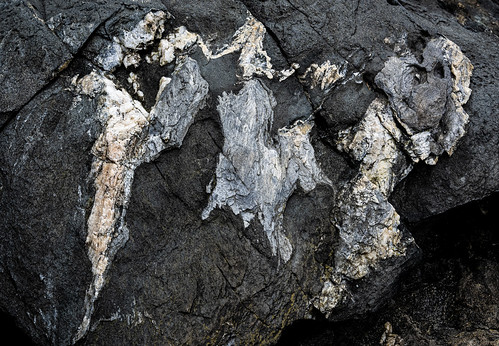 Their charm and purpose lies mostly in how viewers read them, and I’m sometimes surprised by variant interpretations that I’d missed myself. 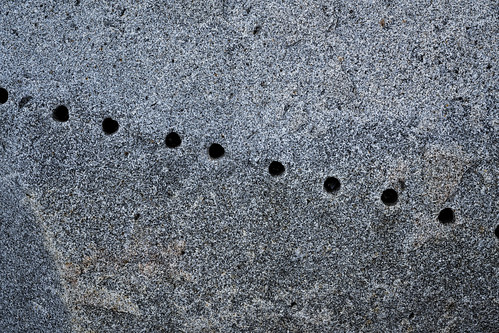