From Brian Greene
Until the End of Time: Mind, Matter, and Our Search for Meaning in an Evolving Universe (also just cited today by Andy Ilachinski)

We emerge from laws that, as far as we can tell, are timeless, and yet we exist for the briefest moment of time. We are guided by laws that operate without concern for destination, and yet we constantly ask ourselves where we are headed. We are shaped by laws that seem not to require an underlying rationale, and yet we persistently seek meaning and purpose.

Whereas most life, miraculous in its own right, is tethered to the immediate, we can step outside of time. We can think about the past, we can imagine the future. We can take in the universe, we can process it, we can explore it with mind and body, with reason and emotion. From our lonely corner of the cosmos we have used creativity and imagination to shape words and images and structures and sounds to express our longings and frustrations, our confusions and revelations, our failures and triumphs. We have used ingenuity and perseverance to touch the very limits of outer and inner space, determining fundamental laws that govern how stars shine and light travels, how time elapses and space expands—laws that allow us to peer back to the briefest moment after the universe began and then shift our gaze and contemplate its end.

As we hurtle toward a cold and barren cosmos, we must accept that there is no grand design. Particles are not endowed with purpose. There is no final answer hovering in the depths of space awaiting discovery. Instead, certain special collections of particles can think and feel and reflect, and within these subjective worlds they can create purpose. And so, in our quest to fathom the human condition, the only direction to look is inward. That is the noble direction to look. It is a direction that forgoes ready-made answers and turns to the highly personal journey of constructing our own meaning. It is a direction that leads to the very heart of creative expression and the source of our most resonant narratives. Science is a powerful, exquisite tool for grasping an external reality. But within that rubric, within that understanding, everything else is the human species contemplating itself, grasping what it needs to carry on, and telling a story that reverberates into the darkness, a story carved of sound and etched into silence, a story that, at its best, stirs the soul.

Three tiny experiments, steps in getting comfortable with Adobe’s Premiere Pro. All are Talking Dogs (it’s not what they say, but that they talk at all): 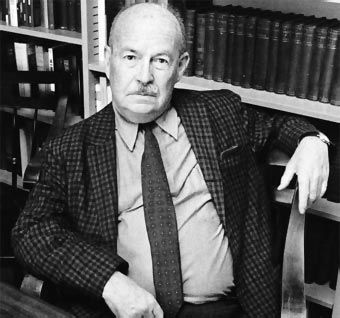 A professor at Harvard, back in the day, seemingly resident in a rock at Drift Inn Beach
(experimenting with Adobe Draw and the iPad)

A first try at mirroring (there will be many more…)

A fourth YouTube video is up: Ken Burns has Hash at Home Kitchen Cafe, again and again

With each of the videos I’ve done I have learned some valuable lessons, and with each I tried out something new to me. After sending links to a few friends, I then made further edits and changes which I haven’t made public.

I have at least half a dozen other clutches of photos that video presentation would enhance, at least in terms of distributability, and I’ve realized that I need some more sophisticated tools, and more careful consideration of where I really want to take this phase of photographic exploration. And so I’ll be doing a 2-day Premiere Pro workshop at Maine Media during the coming weekend.

It’s very useful to consider Ken Burns himself on the “Ken Burns Effect”:

…willingness to not hold a still photograph at a distance. To just merely acknowledge its plasticity, to not just see its two-dimensionality but to go into its world and to trust that that world had a past and a present. And to activate it. And to be the feature film-maker that I wanted to be with a master shot, a wide shot, a medium shot, a close shot, a pan, a tilt, a reveal, inserts of shots. And to listen to that photograph. To ask the question, “what sounds is this photograph making if it were alive?” That’s what I do…

It will be interesting to see how this particular toboggan ride goes.

During the last week I’ve been experimenting with iMovie, initially to build a draft of a video presentation of my Morphic Resonance images for the July show at Granite Gallery, then to construct a Home Kitchen Cafe video to update the Blurb book Order Up! (I’ve eaten a lot of Home Kitchen meals since May 2016), and today to try a video presentation of Lynn English High School graduates, 1929. I have uploaded the three drafts to YouTube, but certainly mean to work on them further, and probably completely revise as I figure out what works and become more adept with iMovie. Here are the three Version 1.0 videos:

ON DATA RENTIERSHIP IN ‘BIG TECH’: WHY SILICON VALLEY MIGHT NOT BE THE INNOVATION MODEL WE’RE LOOKING FOR

…the increasing trend amongst tech companies towards innovation goals and strategies framed by the pursuit and creation of monopolies, market power, or regulatory capture – that is, of economic rents – as opposed to the creation of new goods, services, and markets… a key characteristic of Silicon Valley is the pursuit and entrenchment of a strong intellectual property (IP) regime.

What science fiction makes you think about is the interaction between the relentless advance of technology and the equally relentless commitment to the status quo of groups and organizations. People are gonna people whether they travel by covered wagon or starship.

What science fiction encourages you to do is to think about how people will react in any kind of scenario. And, it gives you permission to imagine a much richer variety of possible scenarios beyond what history or contemporary society serve up.

A new look at antique US railroad maps reveals how cities grew over the past 200 years. The FT’s Alan Smith and Steven Bernard trace how cities, people and the economy spread from coast to coast

and see Dataverse.Harvard.Edu, “a repository for research data”