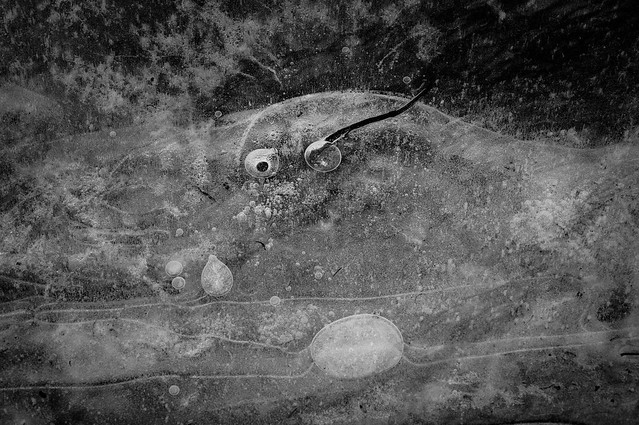 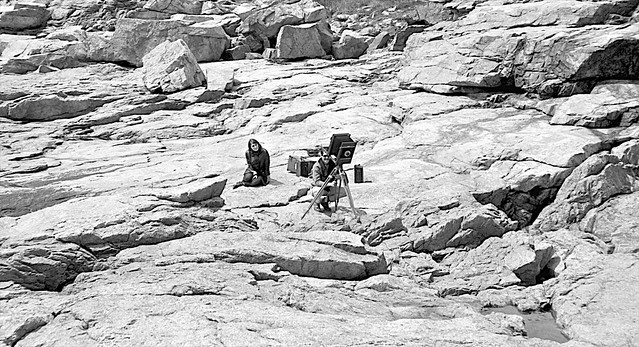 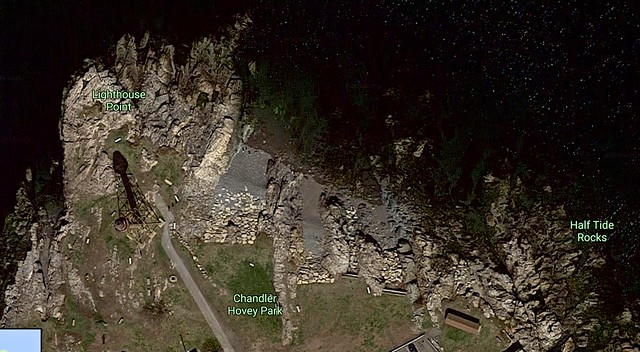 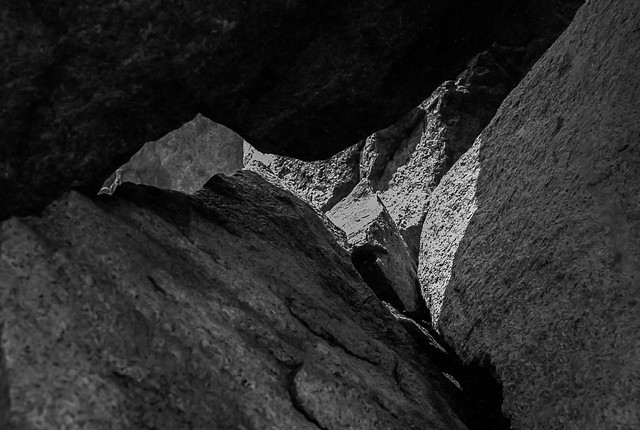 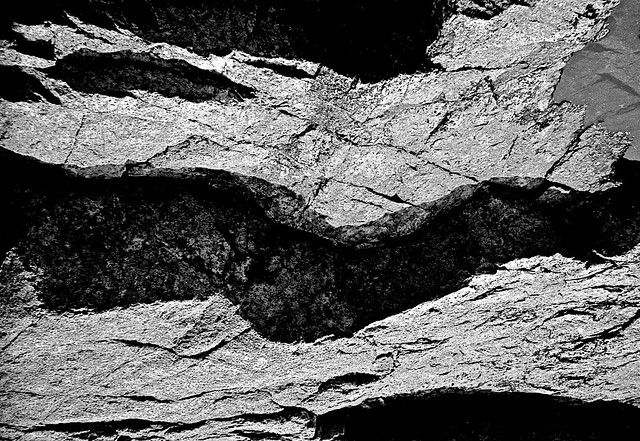 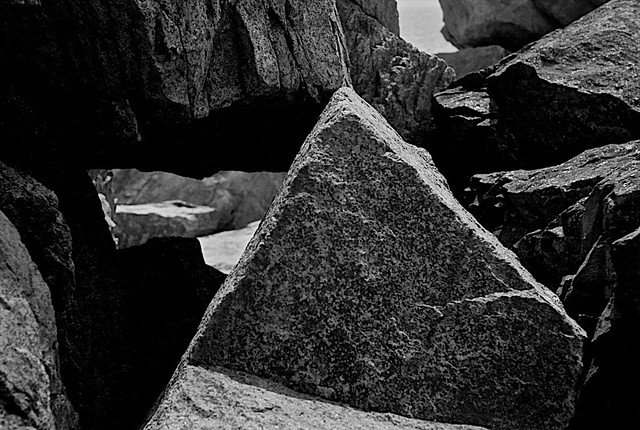 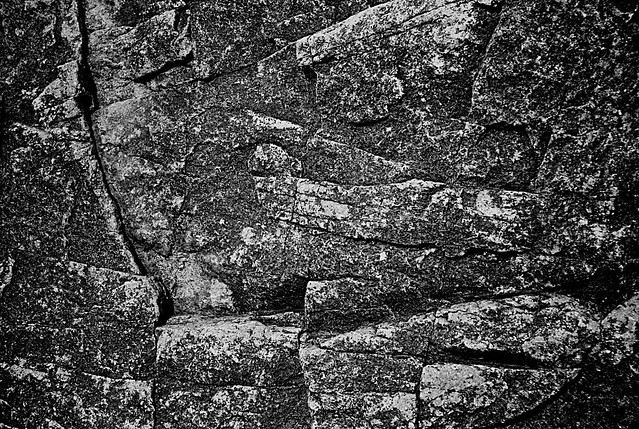 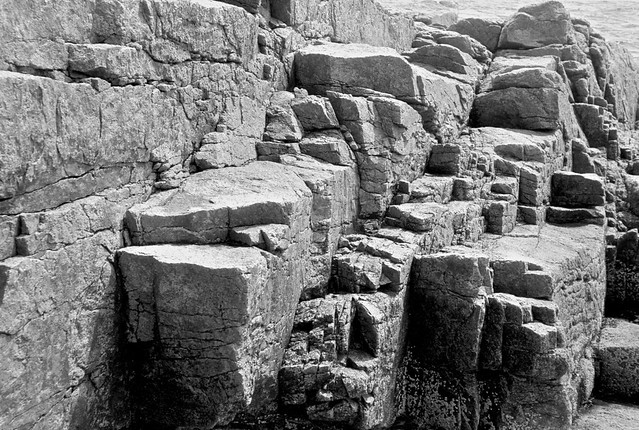 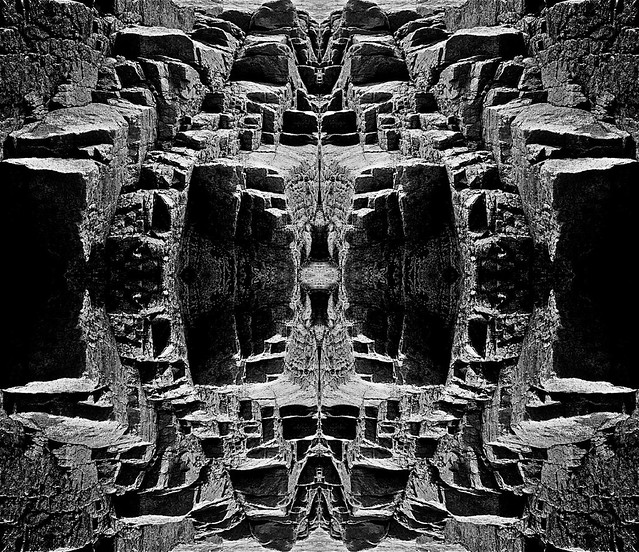 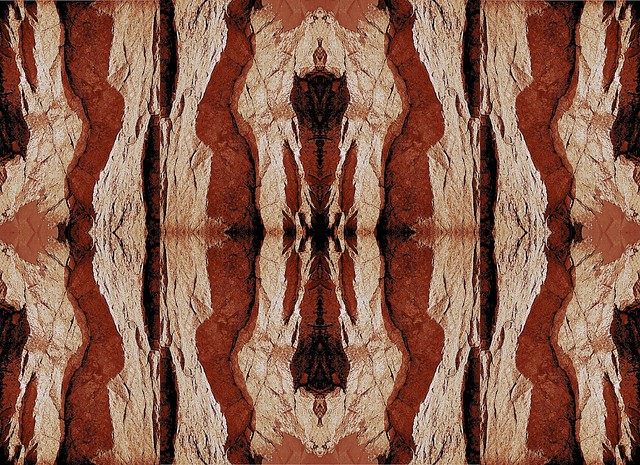 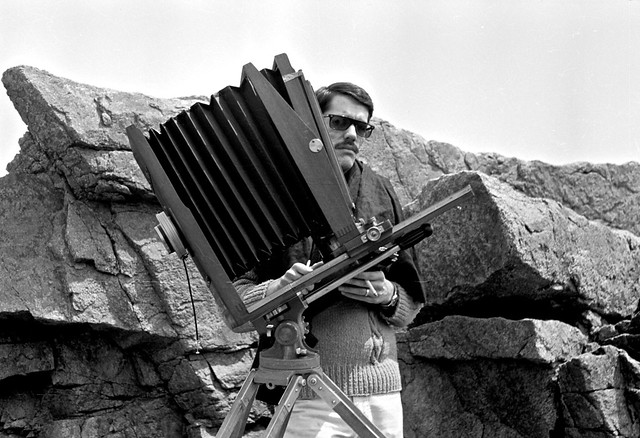 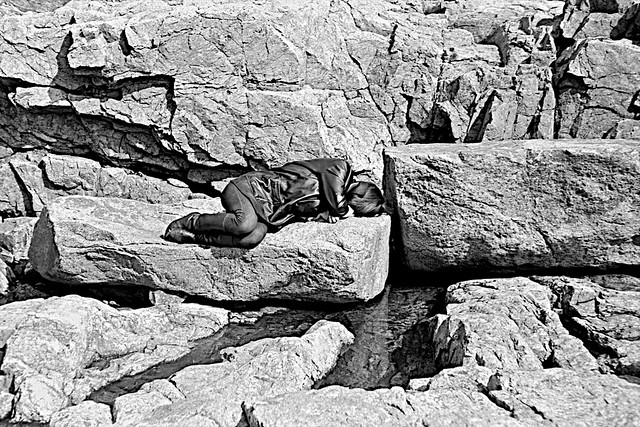 I’ve been thinking about the term abstract and its cousin abstraction, and considering how they relate to my engagement with rocks. I don’t have a sophisticated grounding in the use of the terms in writing/talking about art, so I begin with a collection of my own thoughts and work outward. The 5 AM summary today, which will be refined as I read and consider:

abstract (v): pare down to or extract essentials; take away from, purloin, haul away

abstract (adj): in which the representation of Reality requires explanation; as opposed to ‘concrete’; loosely, non-representational

Quite a few of my photographs of the last few years have been non-representational captures of forms and patterns, in rock, in wood, in ice and cloud forms. Often I only begin to grasp what they contain when I process the RAW files and have a chance to see what I saw when provoked to click the shutter and capture the momentary conjunction of light and materials. Here’s an example: 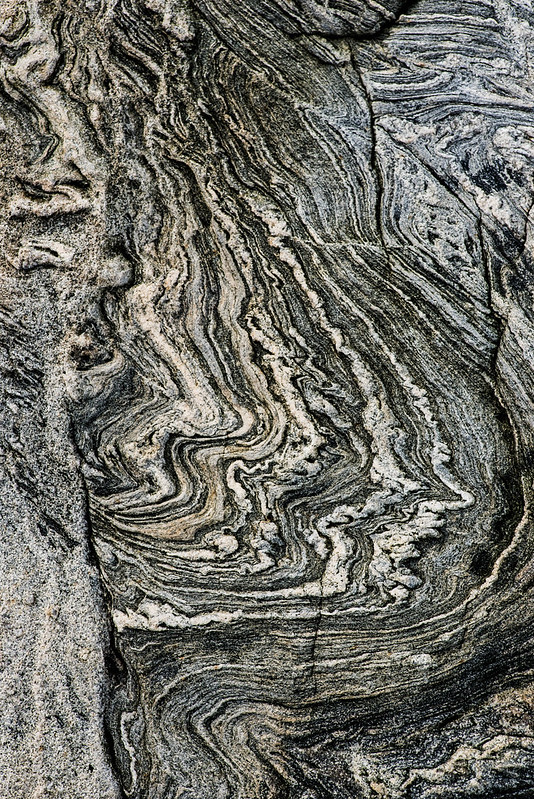 The scale might be anywhere from close-up macro to aerial landscape (in fact it’s a stretch of magnificently folded rock about 2 feet from top to bottom, as I recall), and the absence of identifiable features nudges this toward ‘abstract’. Trying to parse the patterns for meaning, I see overlapping faces in profile, but know that I’m imagining that.

So I tessellated the photo and flipped it vertically: 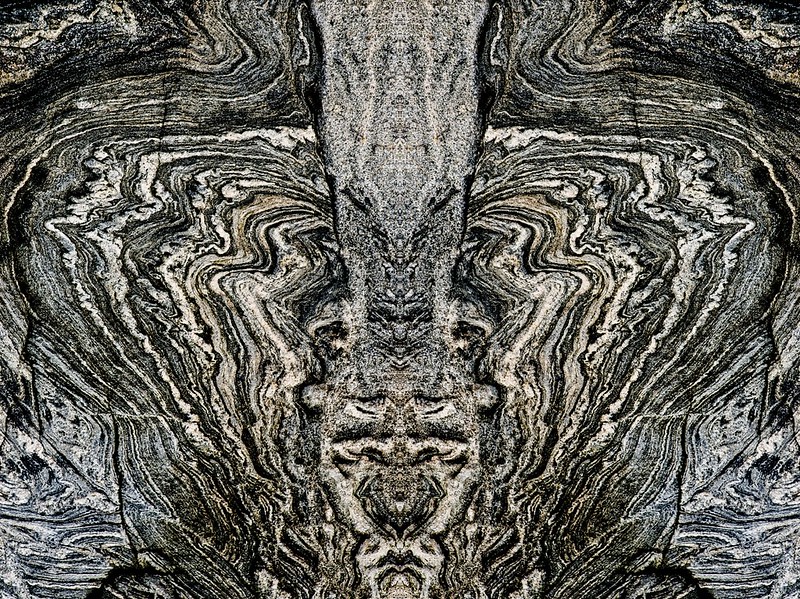 …and the resulting coherent image immediately announced itself to me as The God of Headaches. In my reading, this is himself: 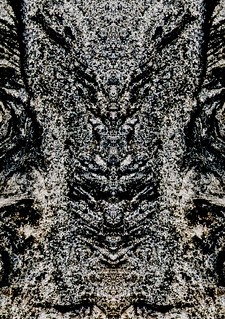 and he perches on the forehead of the sufferer.

This reading is entirely a product of my imagination, and the unpredicted outcome of a simple algorithmic manipulation [copy-mirror-join-rotate] of the seed image: an abstract made concrete, a form found, a Story unleashed, a divinity called into existence by an act of naming. Magic, of a sort, relying on instinctual/hard-wired response to bilateral symmetry, in which the viewer seeks coherent patterns and projects them into conjunctions that appear to be representational: those are ears, those eyes, oh look, there’s a mouth…

The wonder is that different viewers find their own figures within the created images; the glory is that people are easily trapped into the engagement, and clearly love the exercise of hunting for coherence. And, as Yogi Berra said, the more one practices, the more one sees. You can see a lot by looking. 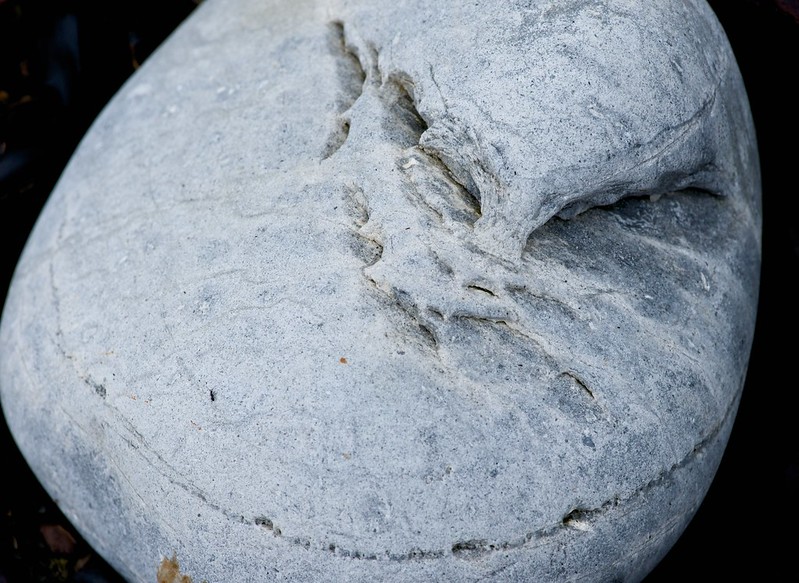 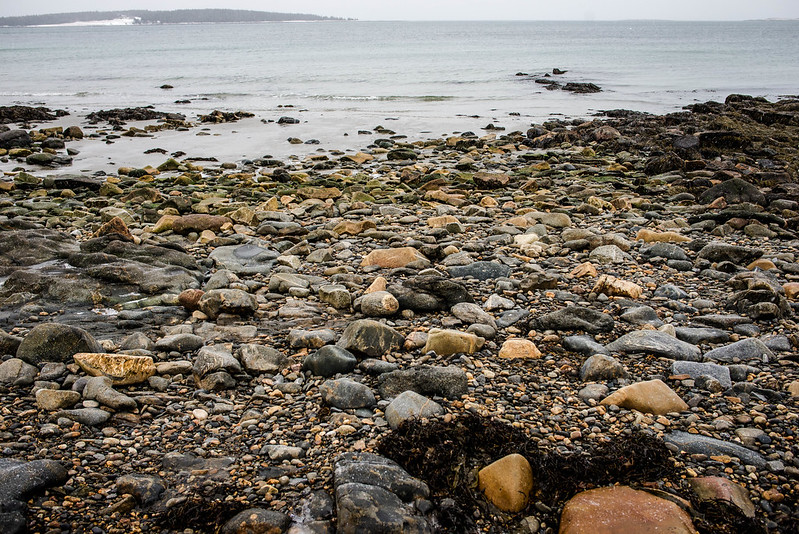 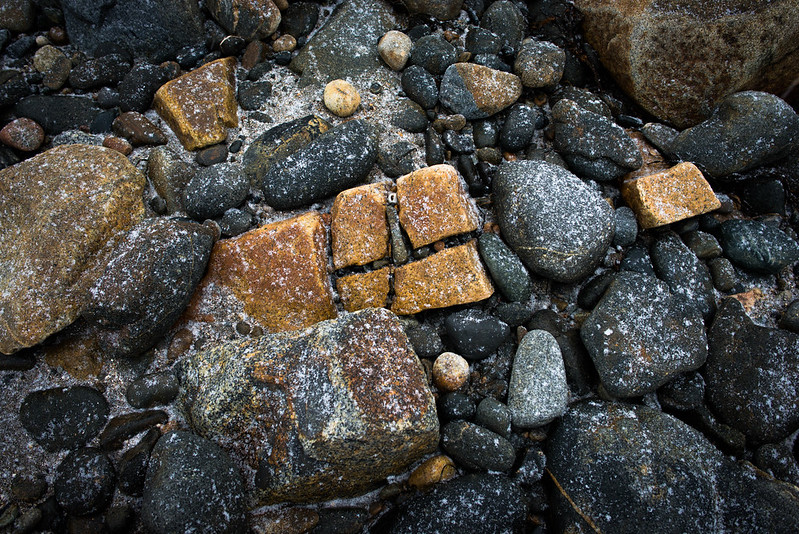 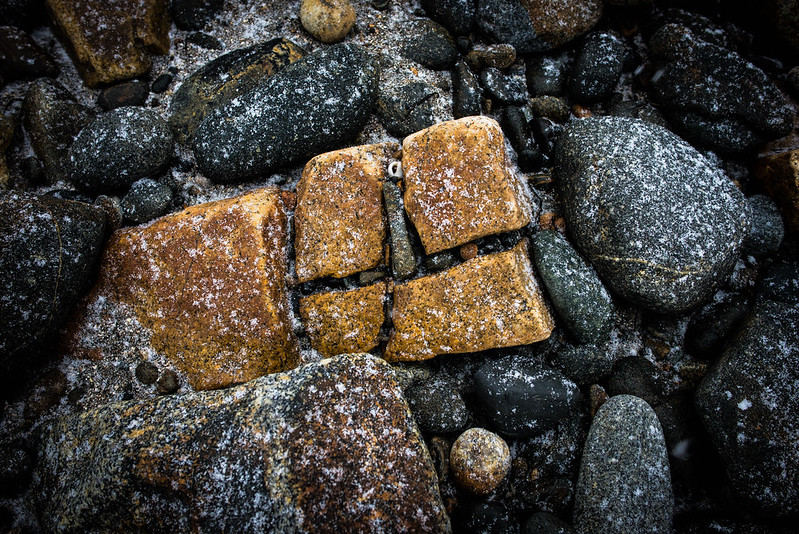 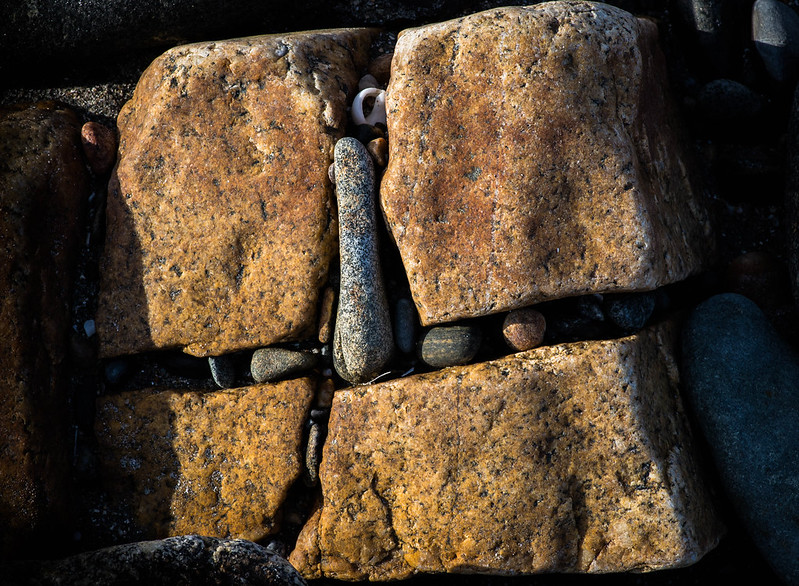 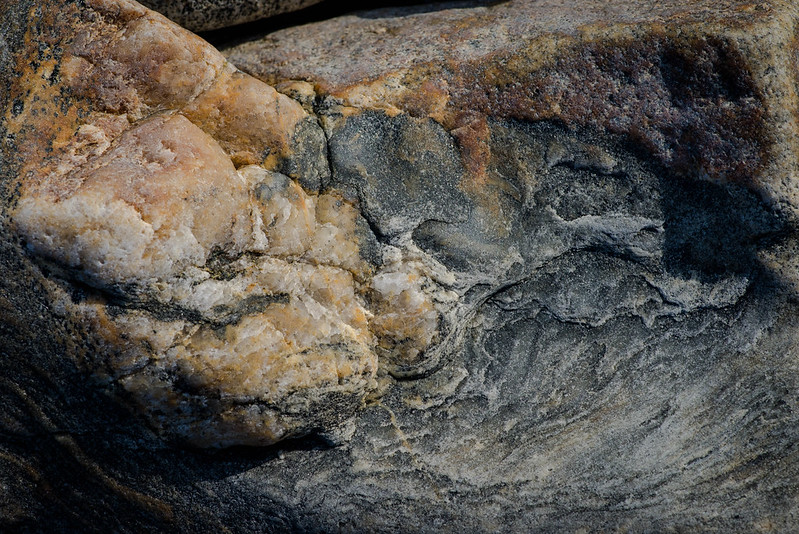