Just sent off to Blurb the latest book, yclept Tessellations, with lots of images like 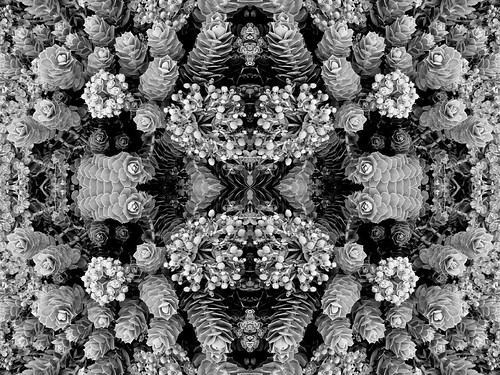 …which is available via this link for anybody who wants to download it. Thinking about how I might construct mandalas using wedge-shaped segments of such images. Never a dull moment out our way. 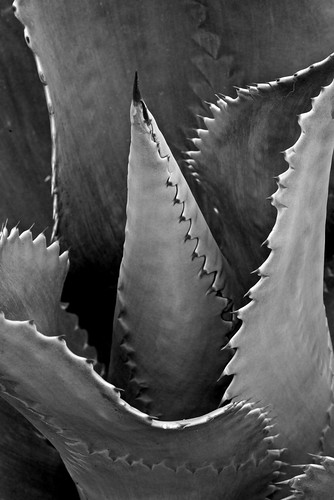 An early morning walk in Menlo Park CA, where we’re visiting for a couple of days, produced two apparently unrelated images that provoke a single meditation on collections and patterns: 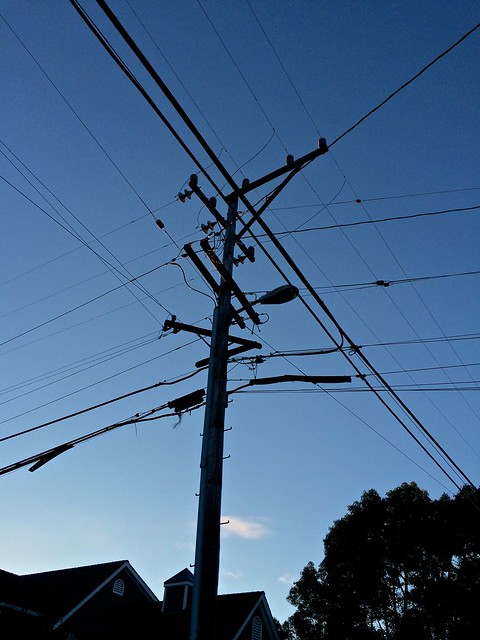 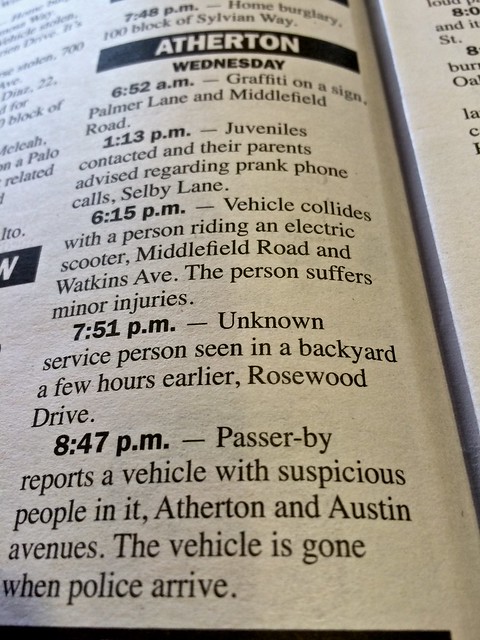 If you collect a lot of anything [pictures of electrical supply, snippets from newspapers, gravestones, whatever] and then work with the collections in an analytical sort of way, seeking the patterns within the collections, eventually stories/narratives begin to emerge. That seems blindingly obvious, and I’ve been through the procedure many many times, but I realize I haven’t always known the formula/method. So I’m trying to reconstruct when I began to employ it—when I began to be a collector, a pattern-finder, an analyst. I can’t recall that anybody ever suggested the procedure to me, though it should have been an element of my education. I don’t know when I first formalized the collect-analyze-narrate process for myself. Surely my Flickr albums are just this sort of gatheration, and I ought to do more along those lines.

As for today’s examples: the power pole belongs in the collection that includes Electricity in Ajijic and 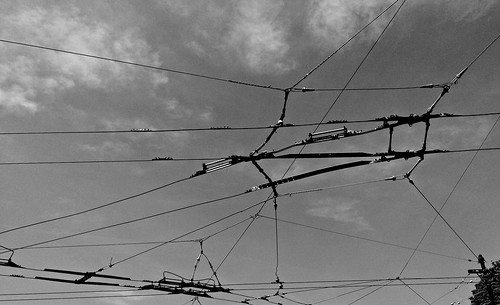 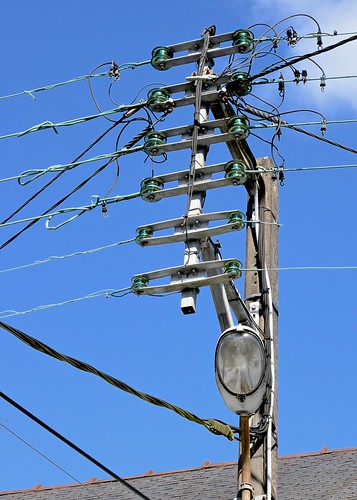 …and as for the Atherton police blotter, it reflects the irreality of life on the edges of Silicon Valley, where “service persons” are essential elements of domestic life, and the outside world is full of “suspicious people.” Such things are everywhere one looks. 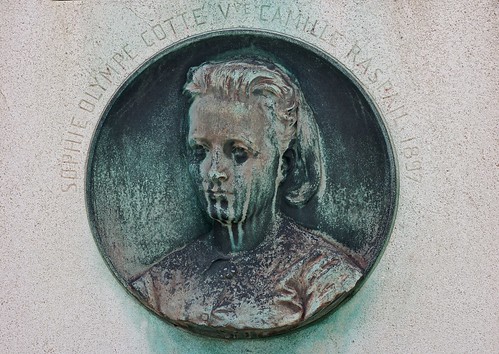 I’ve been revising my cemeteries/graveyards book, yclept Remembered, and just sent it off to Blurb for a test print. It’s the first I’ve composed with InDesign (and yes, I DID finally solve the vexatious Adobe/Amazon snaggle, by getting my “subscription” via Adobe, a deal with Lucifer himself… but not without many calls to Customer Service and much grinding of back teeth). Remembered v2.0 can be downloaded (it’s a BIG file, a pdf of 150 pages) by any enthusiasts out there. I’m sure it will be further revised once I can see it in print, and in the light of future skulkings in graveyards.