Just placing a marker for the next Blurb book projects, which I’ll gradually fledge out.

In the middle of the 2022 Joint Show I’m starting to wonder what comes next? A new desktop machine is on order for me (a Mac Studio), and I expect to be working on several Blurb books during the fall and winter. One subject that keeps nudging me is Surfaces, which are mostly abstract patterns of ambiguous scale, often manifesting as Landscapes of the Imagination. While rifling through the sprawl of desktop files I happened upon a collection of candidates I started several years ago, which I should augment with recent images. 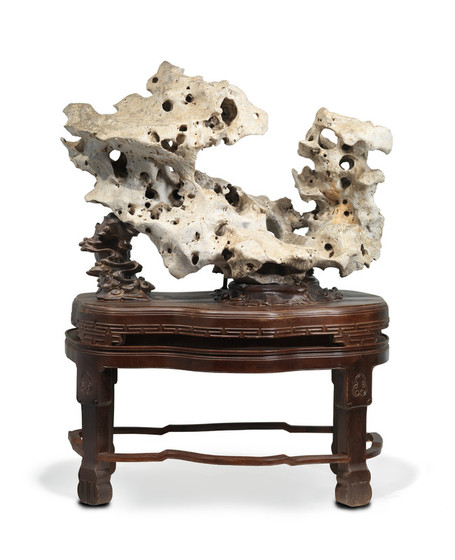 The Song Emperor Huizong (1082-1135) was famous as an artist himself, and he had a special bent for collecting rocks. Here’s a cautionary tale, perhaps a bit overwrought in the telling, from Paul Prudence’s marvelous Figured Stones: Exploring the Lithic Imaginary:

His biomorphic rocks were so prized that they were given names and inscribed with gold calligraphy. Rocks resembling birds, animals, and demonic forms were collected from the furthest reaches of the province. Solemn figures stood in gardens, their countenances frozen within the cryptic seams of time—each a messenger from the earth’s unconscious underside. And, by some providential twist of fate, Huizong’s destiny was written in his amassed collection. In a desire to quench his unabated thirst for stones he dismantled bridges to allow boats to bring him increasing mounds of rocks and stones. So obsessed was he with such a seemingly surreal addiction that his eye was turned from the invading Jurchen nomads who set his fate by using his precious rocks as fodder for their catapults. In a twist that would seem to mock any fiction, poor Huizong’s collection was used against him. And not just his empire was lost but his entire rock collection, which to him was more precious than any universe… (pages 79-80) 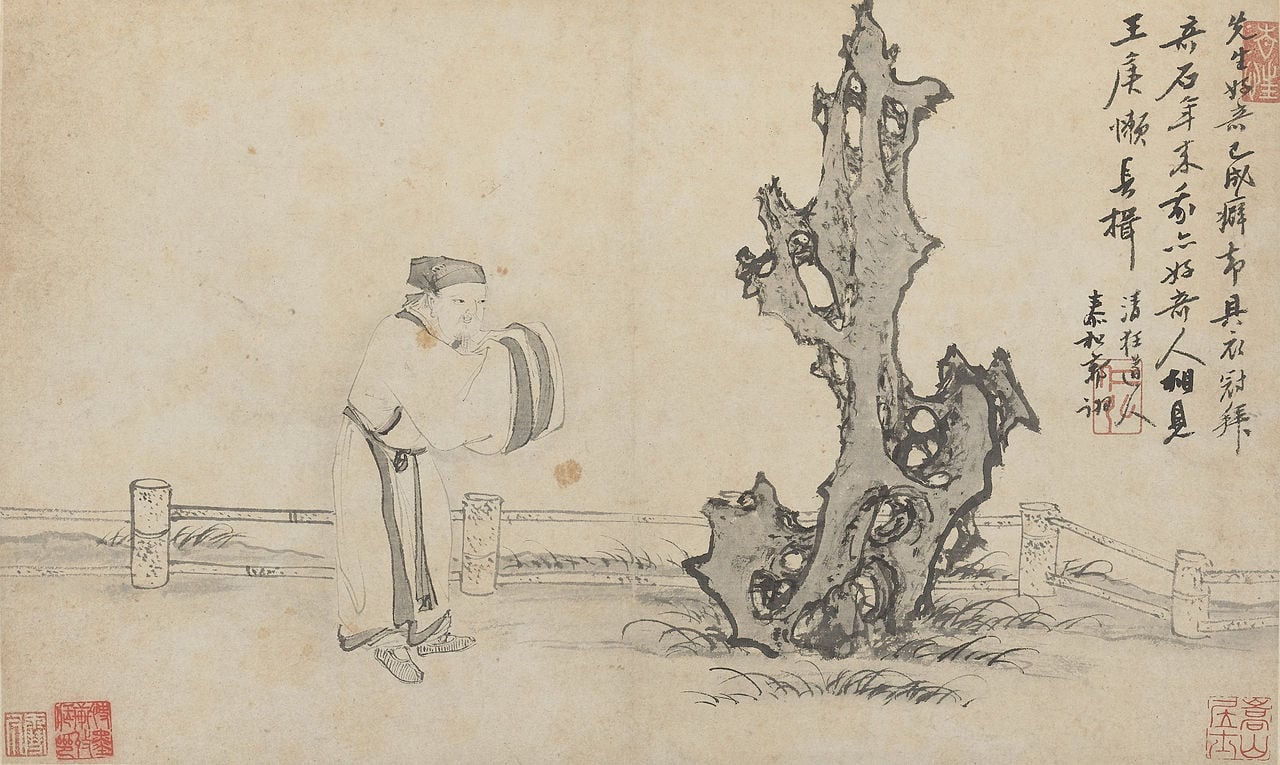