This charming juxtaposition appeared on my Flickr home page: 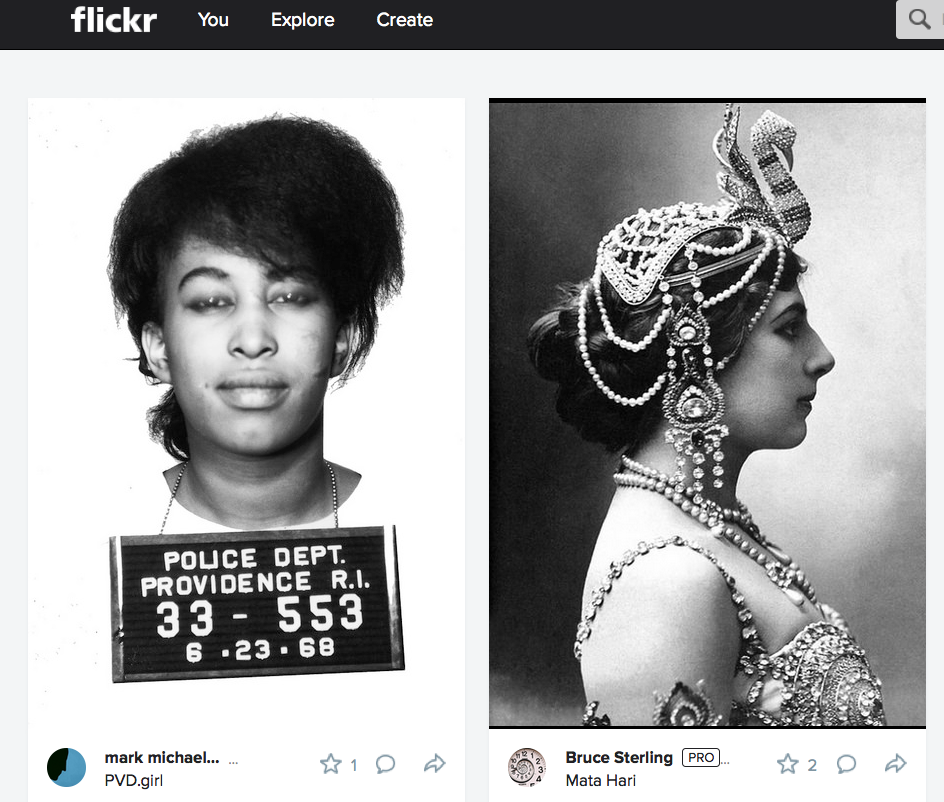 Herewith a summary digest of one of those wonderfully cross-pollinating collisions, a bibliophile’s shaggy dog story, with musical flourishes:

I’ve been reading Robert Bringhurst’s The Elements of Typographic Style, one of those books that far too few people know of, and that just about ANYbody’s life would be vastly enhanced by contact with (the original recommendation thanks to Kate, who has a nose for such books besides being herself a witty typographer), and I got to this passage:

Sizing and spacing type, like composing and performing music or applying paint to canvas, is largely concerned with intervals and differences. As the texture builds, precise relationships and very small discrepancies are easily perceived. Establishing the overall dimensions of the page is more a matter of limits and sums. In this realm, it is usually sufficient, and often it is better, if structural harmony is not so much enforced as implied. That is one of the reasons typographers tend to fall in love with books. The pages flex and turn; their proportions ebb and flow against the underlying form. But the harmony of that underlying form is no less important, and no less easy to perceive, than the harmony of the letterforms themselves.

This page is a piece of paper. It is also a visible and tangible proportion, silently sounding the thoroughbass of the book. On it lies the textblock, which must answer to the page, The two together – page and textblock – produce an antiphonal geometry. That geometry alone can bond the reader to the book. Or conversely, it can put the reader to sleep, or put the reader’s nerves on edge, or drive the reader away. (p. 145)

Now, I’m a sucker for musical analogies, so this piqued my interest. And then I turned the page, and here’s what most stridently blew my mind: 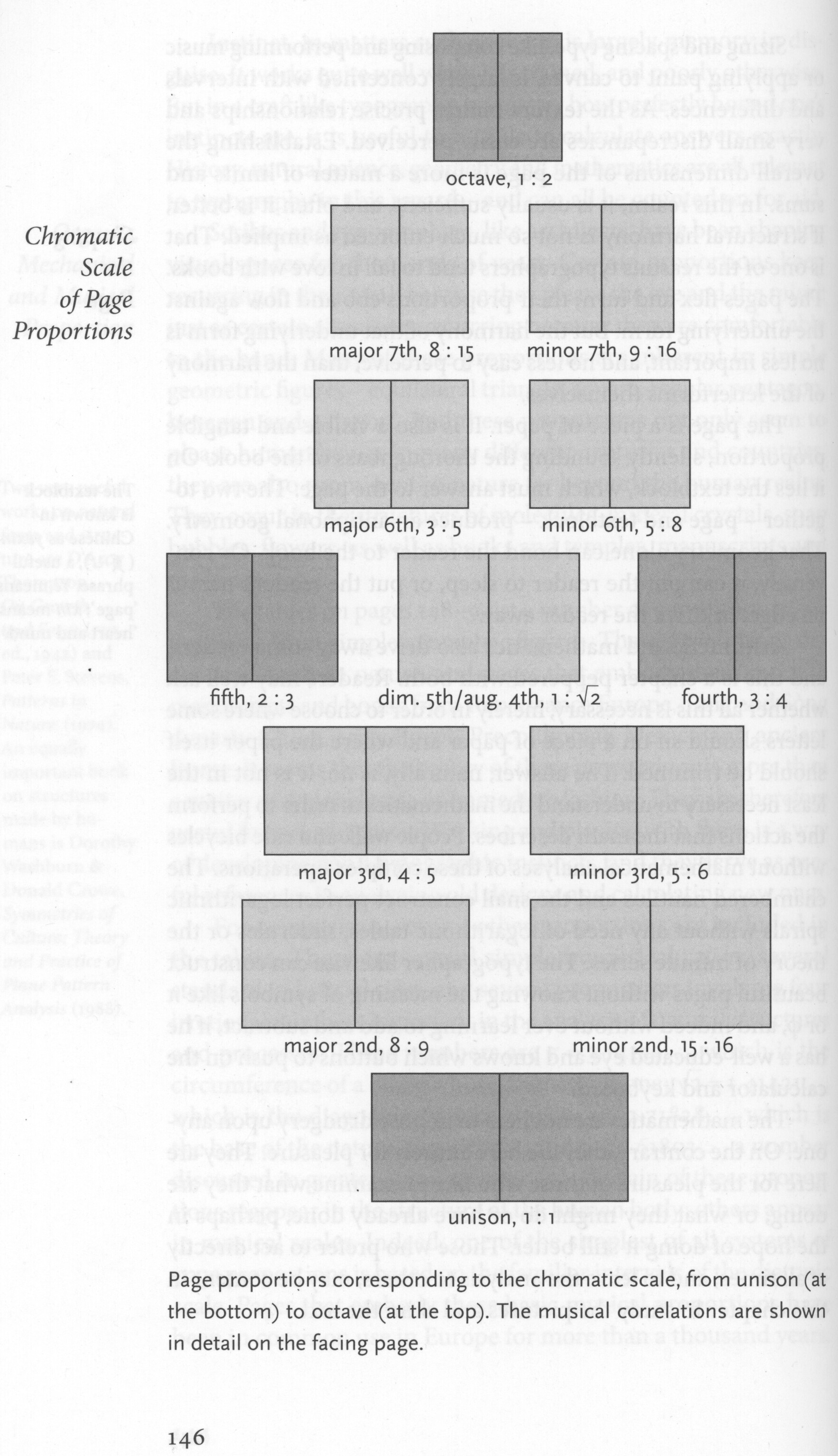 The beauty and economy of this bridge between page layout and musical intervals gives me gooseflesh. “Stridently,” I thought. “Most stridently.”

The phrase “stridently blown” has been with me for 50-odd years, since I first read it in Manning Coles’ Drink to Yesterday. Turns out it’s not common parlance, at least as said parlance is reflected in what Google knows. I searched books.google.com and got these truncated passages:

So I trekked out to the barn, where the auxiliary library reposes, and found my copy of Drink to Yesterday, and so completed the passage:

…the gaff has been stridently blown somehow. Does a gaff produce a strident note? Describe a gaff, with notes on at least three different methods of blowing it…

I won’t go on to describe what I found via Google search for the phrase “describe a gaff” but suffice it to say my knowledge has been stridently augmented.

I was led to wonder why shaggy dog, and so I discovered and [need I even say?] ordered via Amazon Eric Partridge’s The ‘Shaggy Dog’ Story: Its Origin, Development and Nature (with a few seemly examples) (1953). Should be here in a week or so. 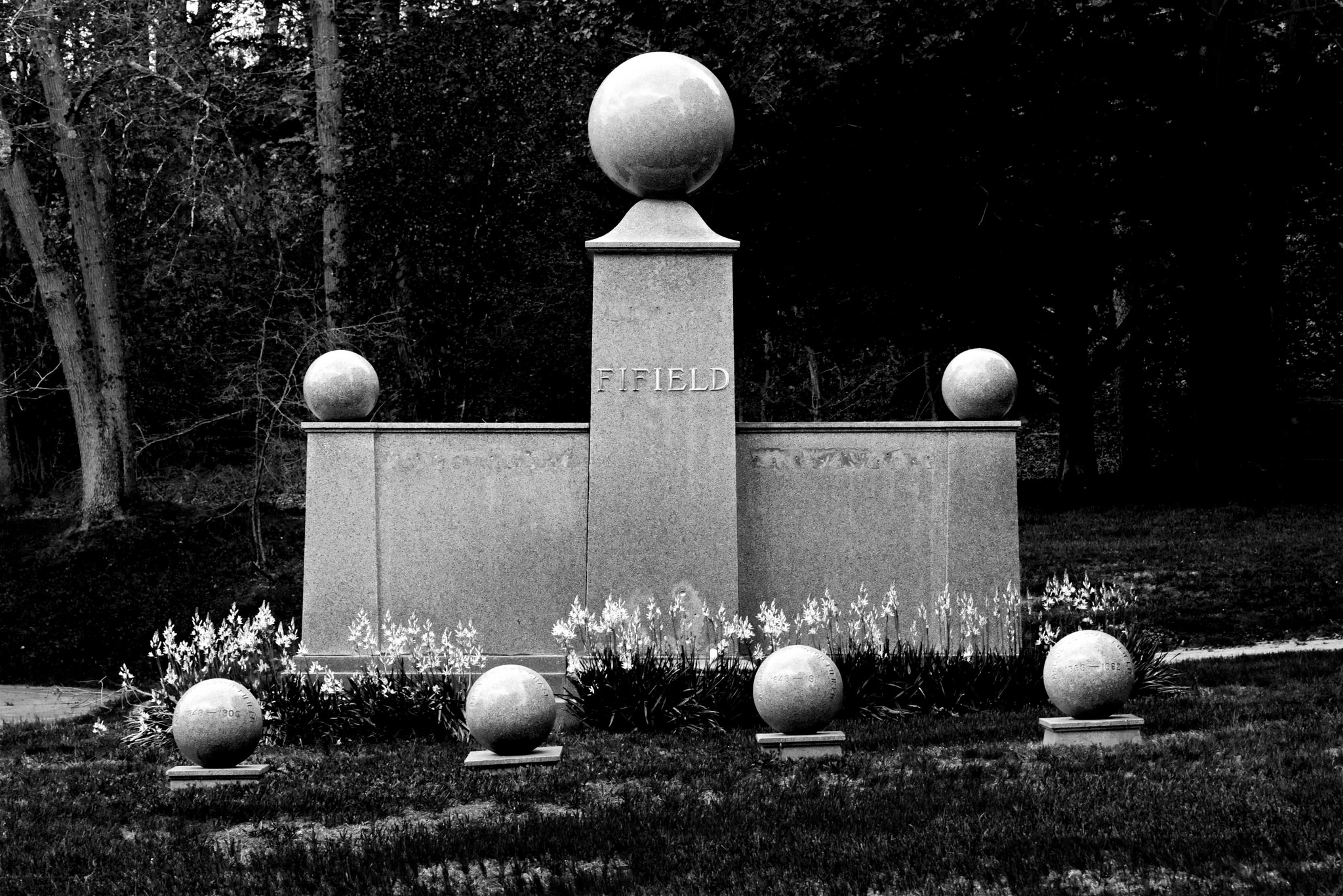 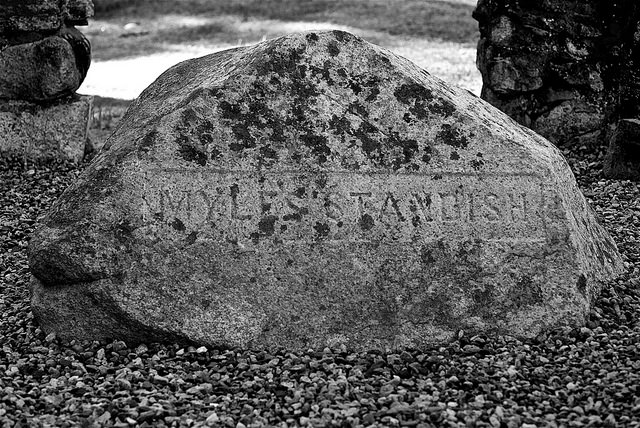 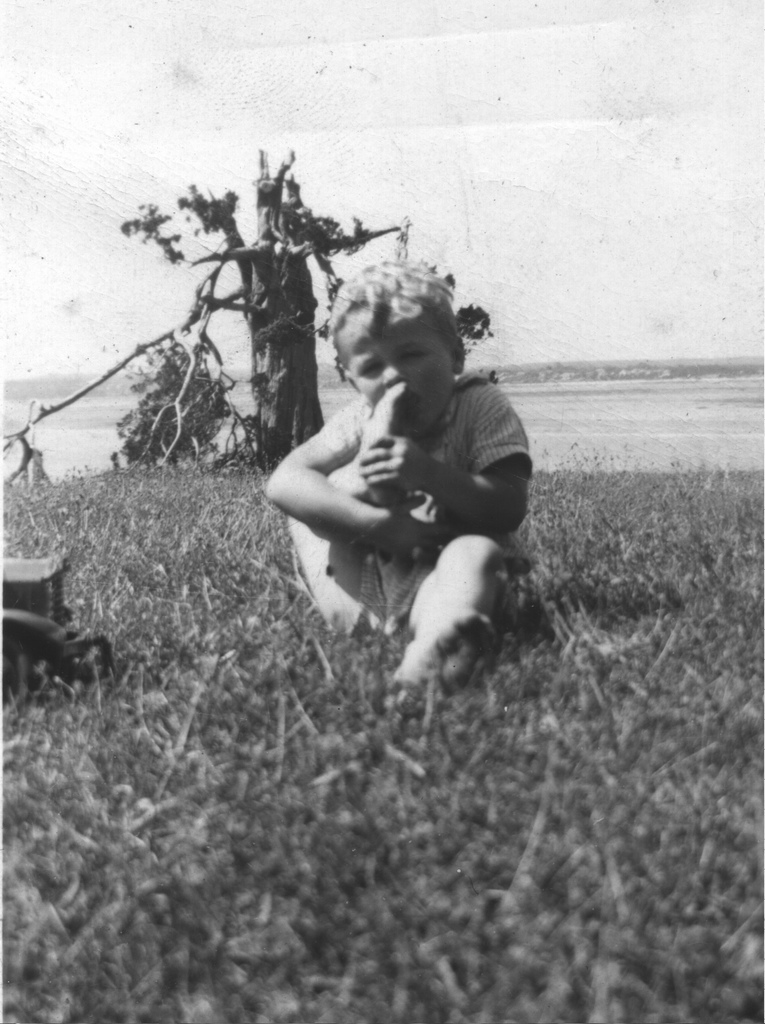 but sometimes people put the case so eloquently:

Future political scientists will analyze (let us hope in amused retrospect, rather than in exile in New Zealand or Alberta) the precise elements of Poujadisme, Peronism and Huck Finn’s Pap that compound in Trump’s “ideology.” But his personality and his program belong exclusively to the same dark strain of modern politics: an incoherent program of national revenge led by a strongman; a contempt for parliamentary government and procedures; an insistence that the existing, democratically elected government, whether Léon Blum’s or Barack Obama’s, is in league with evil outsiders and has been secretly trying to undermine the nation; a hysterical militarism designed to no particular end than the sheer spectacle of strength; an equally hysterical sense of beleaguerment and victimization; and a supposed suspicion of big capitalism entirely reconciled to the worship of wealth and “success.” It is always alike, and always leads inexorably to the same place: failure, met not by self-correction but by an inflation of the original program of grievances, and so then on to catastrophe. The idea that it can be bounded in by honest conservatives in a Cabinet or restrained by normal constitutional limits is, to put it mildly, unsupported by history….

Claire Underwood is a more stable person to have in office than a cross between Sauron and Bozo the Clown.
(Adam Gopnik New Yorker Daily Comment, 11 May 2016)

I’ve been rethinking what blogging is for, and recognizing that my 2004-ish notions of its utility and purpose are, well, anachronistic. In the days before The Facebook and Twitter, back when hypertext seemed like the New Jerusalem of the conveyance of ideas via personal writing for the Web, my own blog felt like a channel to communicate discoveries and thoughts to an audience of … ah. People who added my blog to their RSS feeds, and thus would be notified whenever I posted something new. Those would mostly be friends to whom I’d sent the blog’s URL, plus maybe a few people who happened to stumble on the blog in other ways and added it to their RSS feeds. A pretty select, not to say limited, group. And now, in 2016, tending an RSS feed is just not something that people do.

So my blog postings, when I get around to making them, wander out into the aether and just keep wandering. Very occasionally a real person makes a comment on one of my posts, but most of the incoming traffic is basically spam (though why anybody would bother baffles me), and I’m mostly communicating with myself. I’ve decided that’s a good thing, not a limitation or still less a reason to stop using the medium. So the primary purpose is to record for myself things that I might want to find again, and/or be able to trace back to when I first encountered. Any communication with others that results is just gravy, though certainly very welcome gravy.

Today’s case in point of something I might wish to find later comes from the just-arrived New York Review of Books, from an article by Mark Danner on “The Magic of Donald Trump” in which he cites Richard Rorty, writing in 1997. That’s 19 years ago, right? Rorty died in 2007, but ‘prescient’ is perhaps an understatement:

members of labor unions, and unorganized unskilled workers, will sooner or later realize that their government is not even trying to prevent wages from sinking or to prevent jobs from being exported. Around the same time, they will realize that suburban white-collar workers—themselves desperately afraid of being downsized—are not going to let themselves be taxed to provide social benefits for anyone else.

At that point, something will crack. The nonsuburban electorate will decide that the system has failed and start looking around for a strongman to vote for—someone willing to assure them that, once he is elected, the smug bureaucrats, tricky lawyers, overpaid bond salesmen, and postmodernist professors will no longer be calling the shots. A scenario like that of Sinclair Lewis’ novel It Can’t Happen Here may then be played out. For once a strongman takes office, nobody can predict what will happen. In 1932, most of the predictions made about what would happen if Hindenburg named Hitler chancellor were wildly overoptimistic.

One thing that is very likely to happen is that the gains made in the past forty years by black and brown Americans, and by homosexuals, will be wiped out. Jocular contempt for women will come back into fashion. … All the resentment which badly educated Americans feel about having their manners dictated to them by college graduates will find an outlet. (in Achieving Our Country: Leftist Thought in TwentiethCentury, pp 89-90)

(a Google search for richard rorty “nonsuburban electorate” gets 420 hits, so it’s not like Mark Danner is the first to note the passage in connection with the present).

Yup, something I may want to locate again.

So we went to France in late March, and spent a few days in Paris on either end of a week in Brittany—our third annual Progress in those parts, with the usual eatings and wanderings (the Brittany parts mediated by our dear friends Rob and Barbara). I was able to spend several hours photographing in Père Lachaise and Montparnasse cemeteries, and that provoked another Blurb book project: 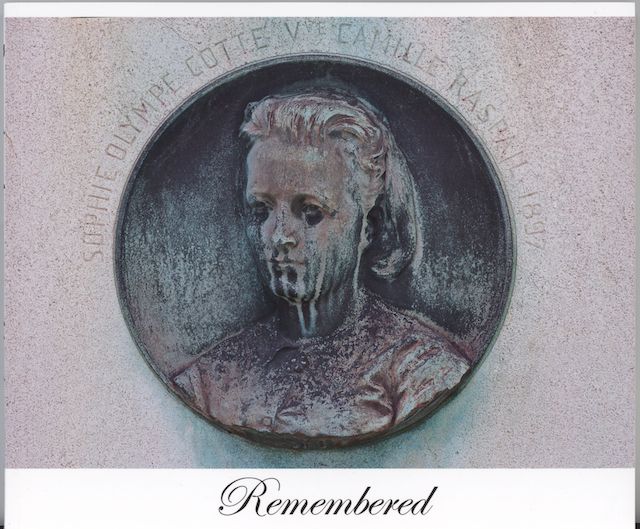 The v1.0 version can be downloaded (it’s a BIG file) here via a right-click and Save As. When we got home it occurred to me to look more closely at graveyards in midcoast Maine, and I’ve been busy on that front ever since. Later this week I’m going to Lowell MA to spend a day with members of the Association for Gravestone Studies, an organization I’d previously known nothing of. It turns out that the first 25 issues of their annual publication Markings are available at archive.org, and the several articles I’ve read have been fascinating.

Another Blurb book project escaped my desktop, a narration of the collection of photos I’ve taken of meals enjoyed at Home Kitchen Cafe: 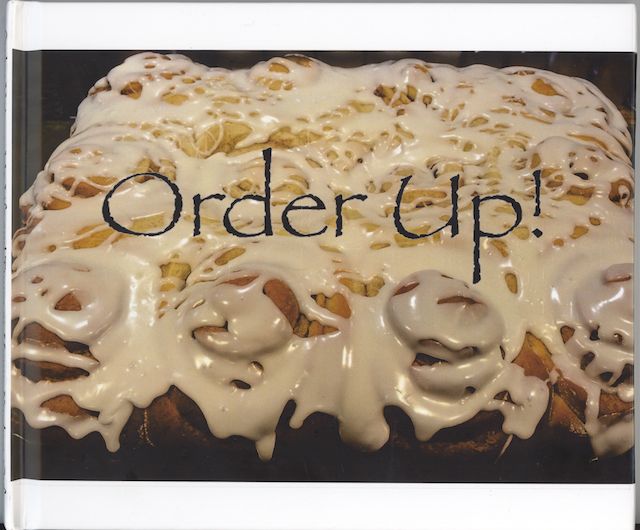 and that book is also available for download here.

And as if that wasn’t enough, I’ve also put together a v1.0 of a project I’ve been working on for about 35 years: 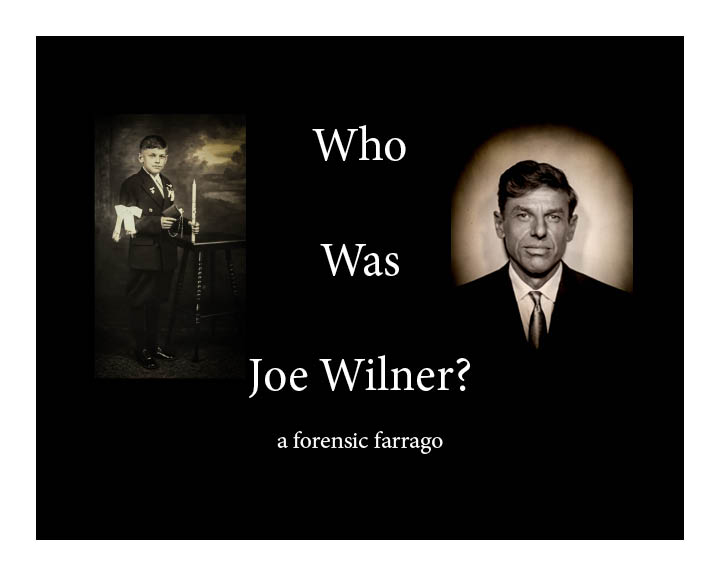 I’m still working on the cover, but the book itself is available for download here.

These books were all produced with Lightroom’s Book module, which is a bit confining (a restricted set of page templates), so I’ve just completed a week-long workshop at the Maine Media Center in Adobe’s InDesign, a vastly powerful program that should make it possible to make much more elegant versions of the six existing Blurb books and a bunch of others that I have in mind to do. Should keep me busy….

I lost contact with the WordPress mother ship while trying to do an Update (back in March), and only just now managed to get things working again after far too long. Lots to catch up on, and several new ideas for what to do with the blog, so I’ll be thinking those things through a bit and posting again soon