I’ve been reading Will Gompertz What Are You Looking At? The surprising, shocking, and sometimes strange story of 150 years of modern art, and this morning woke from a dream in which I was conducting a seminar in looking at photographs, and presenting an exercise for the participants. I showed them three photographs and asked that they write a response to the question “What are you looking at?” for the three. The idea was that some would know the photographs and/or their makers already, and might write on the place of each in the photographer’s oeuvre; some would be seeing the images for the first time, and might respond more subjectively; some might respond from a technical perspective, discussing how the images were captured and processed; and some might come up with other entirely novel responses to the three pictures. These were the three that came clearly to mind in the dream: 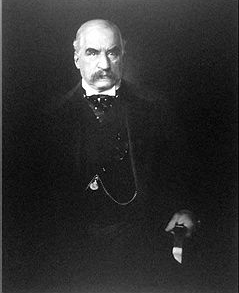 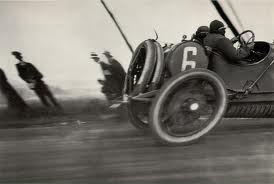 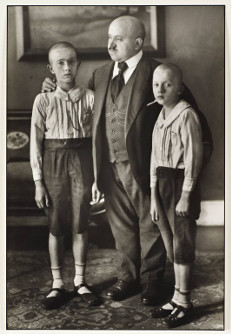 In case they’re not familiar to you, the first is Edward Steichen’s 1903 portrait of financier J.P. Morgan (see discussion), the second is by the 18-year old Jacques-Henri Lartigue in 1912 (see discussion), and the third is from August Sander’s People of the 20th Century, taken in 1914 (see discussion).

I was just imaging the discussion that would result from everyone’s reading of each other’s responses when I woke up. What surprises me is how clear the whole thing was, the images and the process and some of the outcome.

Enticed by Jenny Diski’s recent columns tracking her cancer diagnosis, I succumbed to a year’s subscription to London Review of Books. I’ve spent several days reading bits from the Archive, and found a whole new vein of delicious and highly literate prose. A few examples follow:

From a review of 3 biographies of Charlie Parker:

Jazz may have been born and raised in brothels, gin joints, chthonic nightclubs, rather than respectable performance spaces, but it was a music of devilish complexity, exacting technical fibre. Musicians in touring jazz bands and orchestras had to satisfy the clamour of their weekend audience for beats that could be danced into the floor; satisfy their own high creative standards; and also find a way to leap unscathed between dense volleys of beckoning myth and image. (Ian Penman, “Birditis”, 23 Jan 2014)

And no American would (or could?) have written

In public the conversation has the same steely glint of challenge in one direction and moue of camaraderie in the other that you sometimes see when Jews tell stomach-curdling Jewish jokes, while the uncircumcised grope in their bag of possible socialised reactions for a way to respond. (Jenny Diski, “I haven’t been nearly mad enough”, 6 Feb 2013)

Many LRB articles seem like the sort of tutorial essays one imagines might be presented to Oxbridge dons: artful intro, controversy summarized, evidence adduced, competing arguments critiqued, case made. But by more erudite and well-informed writers than undergraduates can possibly be.

Adroit skewering is one hallmark, clarity another:

…Walt Rostow, who beguiled Washington with his five-stage programme for ‘The Take-Off into Self-Sustained Growth’, which, by contrast, claimed that industrialisation was the key. Rostow tied the United States to a series of unsavoury autocrats and littered the world with unprofitable steel mills.

The British ‘Modernisers’ (almost the first use of the term) of the 1830s and 1840s believed that if the government got rid of the idle landlords and dealt direct with the peasants, Indian farming would really take off. Unfortunately, the East India Company still needed vast quantities of rupees to support its great military apparatus, and the reforms created a bunch of aggrieved ex-landlords and a peasantry groaning under the British collectors, who tended to be more relentless than the old taluqdars and zamindars. Thousands of small farmers were driven into the hands of moneylenders and, under new British regulations, were eventually forced to sell up for not paying their taxes. A British official at the time lamented that ‘in the landed property of the country a very extensive and melancholy revolution has been effected’. Rather than warding off discontent, the land reform helped to precipitate the most terrifying mutiny in the history of the British Empire.
(Ferdinand Mount, “That Disturbing Devil”, 8 May 2014)

And in the vein of Western economic history, this adroit summary of stuff I think I ought to have known:

At the same time as trading in securities was frozen, the London money market broke down. This had even more dramatic consequences: half of world trade at that time – and almost all of British trade – was financed via one of the major instruments traded on the money market, the sterling bill of exchange. This was a transferable promissory note, usually with a three-month maturity, that offered a convenient means of settling international transactions. An American merchant buying silk in Japan, for example, could pay for his goods with a sterling bill, which the Japanese merchant would then sell to a bank in Japan in exchange for local currency. The sterling bill would next be presented to an ‘accepting house’ in London (essentially a merchant bank, like Rothschilds or Schröders) that, for a fee, would ensure payment in case of default. The bill would then be sold again on the secondary market via a discounting house, typically to a bank that would hold the bill as a means of increasing its liquid reserves. When payment on the bill was due, the American merchant would send to London the amount he owed for the silk he had bought in Japan. Since sending actual bullion was impractical, and since the money he owed was in pounds sterling, the merchant would typically purchase another sterling bill using dollars he had earned from selling the silk at home, and that bill would pay off his debt to the bank in London. In this way, sterling bills facilitated the vast expansion of international trade in the late 19th century, providing a ready means of connecting most of the globe in an integrated commercial network. One of the first important tasks in the drawing up of international law was to regulate the global use of bills of exchange at the Hague Conferences of 1910 and 1912. Some considered these bills superior to gold – ‘more economical, more readily transmissible, more efficient’, as one Canadian banker put it. The City’s secondary market in sterling bills linked the world’s banks in a common system of exchange: its investment opportunities encouraged more than seventy foreign banks to open branches in London, with as much as half of the money changing hands on Lombard Street originating from outside the country. As early as 1873, Walter Bagehot referred to the London money market as ‘by far the greatest combination of economical power and economical delicacy that the world has ever seen’. (Jamie Martin ”
Better off in a Stocking”, 22 May 2014)

A good way in to Piketty:

The story of modern economic thought can after all be told as the shift from political economy, as its practitioners thought of it, to the discipline now simply called economics. With the ‘marginal revolution’ of the 1870s (named for Jevons’s theory of ‘marginal utility’), economics acquired a true scientific basis or – in the other extreme of judgment – lent itself to constructing mathematical alibis for capitalism, whose real behaviour it studiously ignored.

In general, economists favour mathematical modelling of axiomatised exchange relations over economic and other kinds of history; concentrate on individuals rather than classes or groups as economic agents; emphasise the preferences freely expressed in transactions rather than restrictive social circumstances; and describe self-sustaining equilibria of supply and demand when capitalist economies are striking for their growth and instability.

Economists, endowed until a few years ago with more authority than other scholars, now appear in the eyes of many to have produced models of efficiency and harmony whose perfection was won at the cost of reality. The mathematised dream of some future catallaxy – Hayek’s lovely word for the spontaneous peaceful order that would result from maximum liberation of the market – bore little resemblance to actually existing capitalism. Since the crash, behavioural economics has generated much of the excitement in the field, but it too is better equipped to make sense of individual economic actors than of the mutually determining trajectories of social classes and national economies. (Benjamin Kunkel, “Paupers and Richlings”, 3 July 2014)

Alas that it took me so long to discover LRB. Every article I’ve read has been enlarging, drawing me into new territory, or deeper into what I thought I knew already. More to chew upon, more to squirrel away… which leads me to wonder: Just how walled-off is LRB? So much of what I’ve read in the last few days of archive exploration seems of genuine and lasting value and even profundity, such that many reviews really ought to be attached to the original books, or cross-linked between compared volumes…