Here’s a book I should have encountered years ago (first published in 2013) but only read (well, listened to via Audible) this last week:

On Looking: Eleven Walks with Expert Eyes by Alexandra Horowitz

Two more ways in to its content: a posting by Maria Popova gives a typically excellent entrée:

…and there’s a video of Horowitz talking at the New York Society Library:

The book is a narration of city walks with 11 different expert sensers:

The book is wonderful for the detailed and ruminative descriptions of the perceptions and discoveries of the differently-abled lookers/sensers, and for focusing attention on the vastnesses we don’t notice, don’t sense.

Yesterday morning I was looking up at the barn’s roof boards, scanning as usual for faces. I’d seen and photographed this one before, but it was only yesterday that I saw it as a slightly cross-eyed or perhaps Cubist-rendered alpaca:

My eyes are accustomed to seeing, sensing, faces where an objective observer would say there is no face, just a random pattern of light and dark that an over-fertile imagination reads as a physiognomy, a personality, a face-like rendering. But for me the sense of a presence is undeniable.

…and this brings into focus for tonight’s Question the Senses (seeing, hearing, feeling, tasting, smelling… via eyes, ears, skin, nose, and mouth, the canonical “5 senses”). But it’s common to find extensions of the 5 (add proprioception, add emotions, add ratiocination, add imagination, perhaps others?). Arguably, all living things have “senses” that convey information about the environment—Horowitz’ example of the dog’s-nose view of the urban block is eloquent and immediately accessible: every tree and fire plug alive with messages.

And I look out the window to see several deer under the apple tree.

??what is the consciousness, the sensate state, of a deer eating apples?? Visually and aurally, in a state of extreme vigilance, alert for any movement; but drawn by the bouquet; entranced by the taste, returning day after day until the last apple has fallen, then moving on to the crab apple trees…

We each have a lifetime of sensory input stored somehow (holographically? fractally? in networks of synapses?) in our brains; our sensory apparatus AND that storage is a large part of what we know and who we are as individuals. But as Horowitz’s book shows so clearly, we miss so much of what happens in the world through which we move. We tune and hone for what we think important, and can develop fine discrimination; and we can shift attention between senses situationally. Indeed, we do it all the time.

An aesthetic sense finds pleasure in *the smell of bacon cooking, *the taste of a well-prepared dish, *the sight of a visual marvel (viz. the alpaca in barnwood), *the unique sound of a favorite piece of music… “aesthetic” is a vastly complex word: ‘sensitive, sentient, pertaining to the sense perception’.

And some pleasures come from the synaesthetic combination of senses, *the sound and feel of a plucked string, *the swirl of clouds with thunder in the distance, *the green smell just after a shower, any number of others one might name. 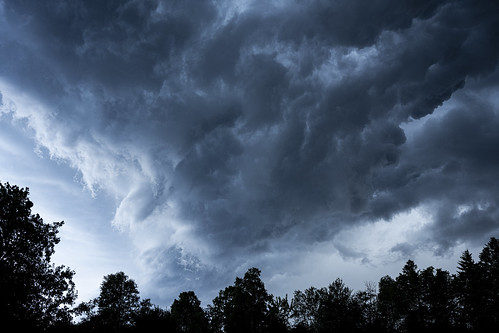 We live through our Senses, as do deer and dogs and butterflies and ants and anything else with processing capabilities… very likely plants as well. We are IN the world, participants with other living things in a vast dance, and, as Carl Sagan put it, our “star stuff” is recycled when its processing capabilities cease.

Each of the Senses has complexities that seem almost fractal—the further in you go, the more detail seems to manifest. Thus, with Taste we learned in high school biology that the tongue has receptors for salt, sweet, sour, and bitter… and, as it turns out, for umami (‘delicious taste’ in Japanese, receptors for glutamates first described by Kikunae Ikeda in 1908). But what’s a ‘receptor’? …a sensor for specific molecules …but how does that work? And with Sight, we know that there are rods and cones in our retinas, and black-and-white and color vision in different species, differential sensitivity to areas of the spectrum, and mechanics for focus, and multiple evolutionary versions of sensor systems (spiders, squid, vertebrates… though all involve opsins, “a family of photo-sensitive proteins”). For Touch there are specialized neurons for pressure, heat, vibration, proximity (think of the whiskers of cats and rats…). For Sound, sensitivity to different sectors of the audio spectrum for different creatures, ultra- and infra-. For Smell, vast differences in number of receptors—dogs have something like 50 times the number of olfactory receptors we have. And so on, for Senses beyond the first 5.

But where’s the Question in this?

I’m still working on it.

what would you wish to do with your senses? Which to augment? How?

Two examples inspire me in my response to this question, one very current and only available for the next few days:

a PBS documentary on Ursula K. LeGuin (https://www.pbs.org/wnet/americanmasters/worlds-of-ursula-k-le-guin-full-film/11632/) that I’m in the middle of watching

and the freedom and inventiveness of Thelonious Monk: