Yesterday I began sorting through some accumulated heaps of Abandoned Ancestors and came upon a slim and anonymous sixteen page album which I scanned and reordered and uploaded as a Flickr Album. The most remarkable image is surely 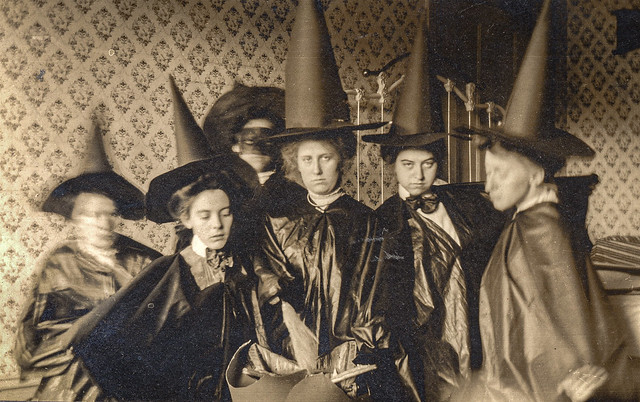 but this one is a close second: 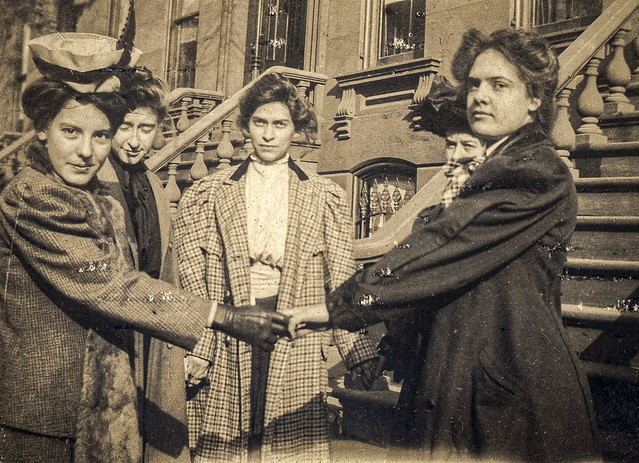 One rarely finds such direct engagement with the photographer as seen in the riveting gaze of the woman on the left, and there’s the further enigma of the evidently symbolic arrangement: the five participants seem to be holding hands in an expression of solidarity.

The album also includes nine cyanotypes, all of male subjects doing outdoorsy things. This one is especially gripping: 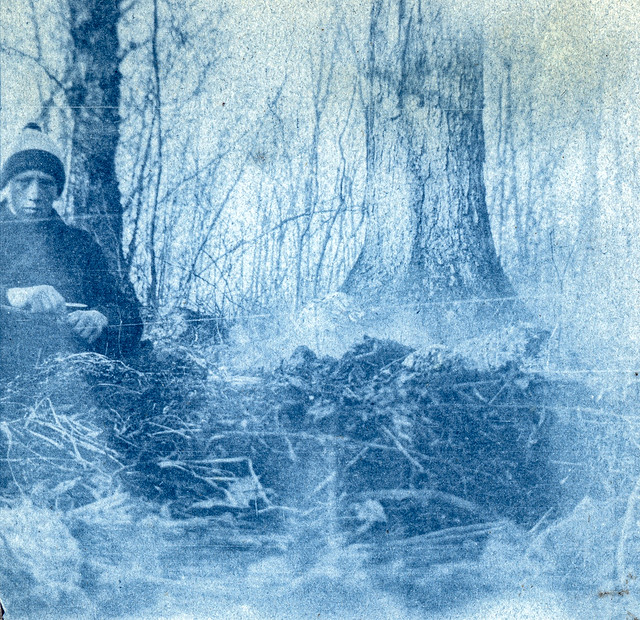 But what does it all mean?

Learning to read albums of snapshots is challenging, since context is often missing and all one usually knows is that the assembler of an album cared about the photos included, and invested energy into arranging the images on the pages. What can we make of this pair, from the disintegrating and faded remnants of a small album from perhaps a century ago? 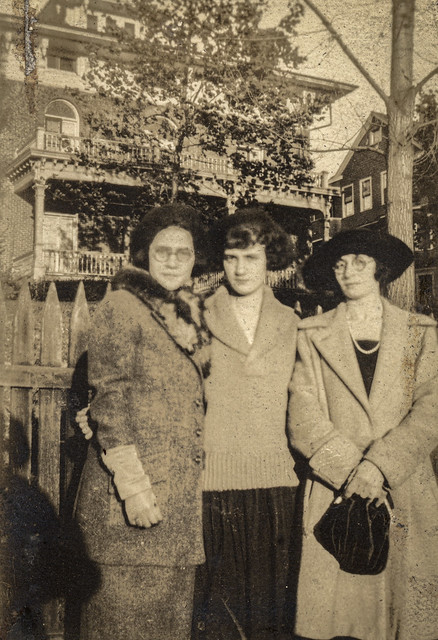 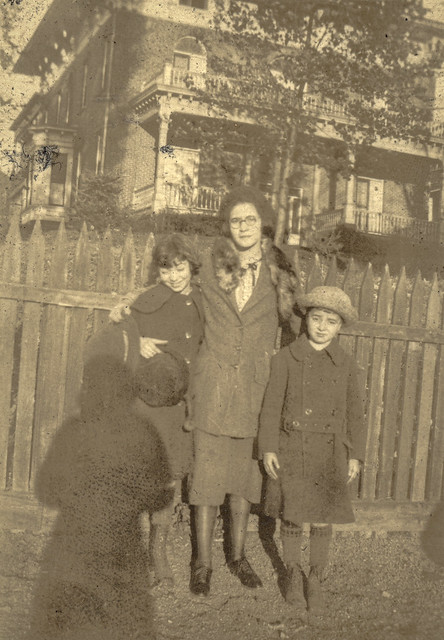 (see the scanned album and try figuring out its story)

Perhaps further exploration of that album will give us some hints, but it’s a salvage operation. Most of the photos are faded, and so needed extensive work with Lightroom. There are a few captions, but nothing definitive. As vernacular as it gets.