This marvelous improbability hung above the kitchen stove at Horton Landing through the 1970s, and surfaces today because I’ve been sorting through saved images on various hard drives. Perhaps I’ll add others I encounter as the day unfolds.

and here comes another one:

Much thinking lately about Time and age cohorts, bringing to mind a painting (by John Faed, 1851) which I have as a print, formerly framed and hung in a Nova Scotia parlour, sporting the title 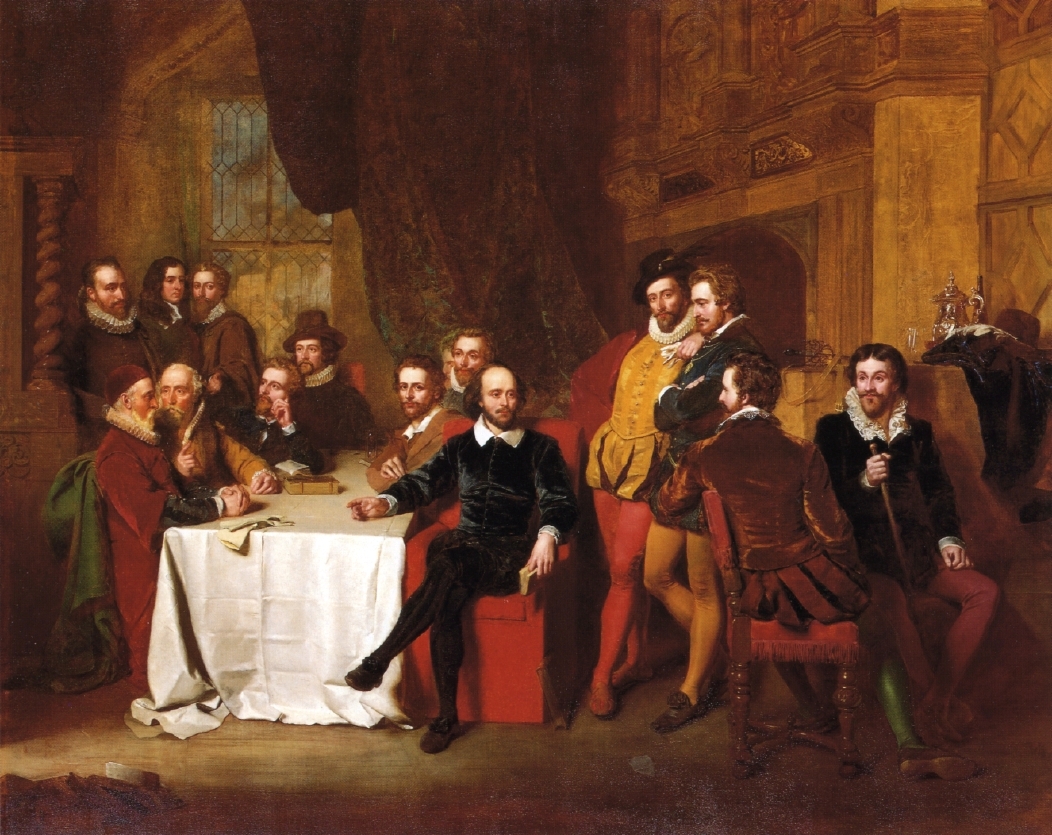 It shows a fictional/imaginary meeting at the Mermaid Tavern of everybody who was anybody in London literary circles around 1600 or so. Think of them as a cohort, sharing time and space for a few years (moments?). Wikipedia decodes the Dramatis Personæ: