A bit more than a month since my last post here, and 2 1/2 yellow pads of notes to oneself and transcriptions of trenchant passages from the still-growing mountain of books I’ve been in and out of as I work on library re-organization and explorations of subjects I’ve defined via explorations past and present. The Auxiliary Library in the barn has been the primary locus, warmed by the sun in the mornings and equipped with reasonable music-playing apparatus (though soon to be upgraded), and the succession of interests mostly traced on those yellow pads. If I leaf through them, here’s what I find:

That’s a pretty varied ramble and doesn’t include the various miscellany I’ve tossed into Zotero, which are awaiting examination 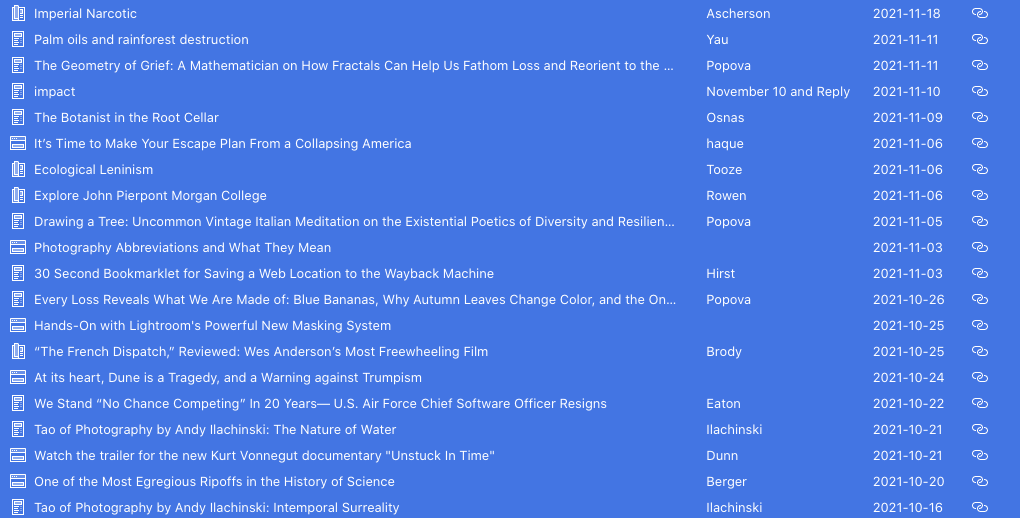 …or the Episodes watched, or video clips harvested and in storage, awaiting curation; and the blogstuff encountered that I’ve sent to a select few others, as seemed appropriate.