I’ve had Yule and Burnell’s Hobson-Jobson: A glossary of colloquial Anglo-Indian words and phrases, and of kindred terms, etymological,historical geographical and discursive for 50 years, but its provenance extends back to the 1870s, in what Yule’s preface describes as “the portly double-columned edifice which now presents itself”. The title itself is marvelous, and as Yule says

If the reader will turn to Hobson-Jobson in the Glossary itself, he will find that phrase, though now rare and moribund, to be a typical and delightful example of that class of Anglo-Indian argot (“peculiar to the British soldier and his surroundings”) which consists of Oriental words highly assimilated, perhaps by vulgar lips, to the English vernacular. 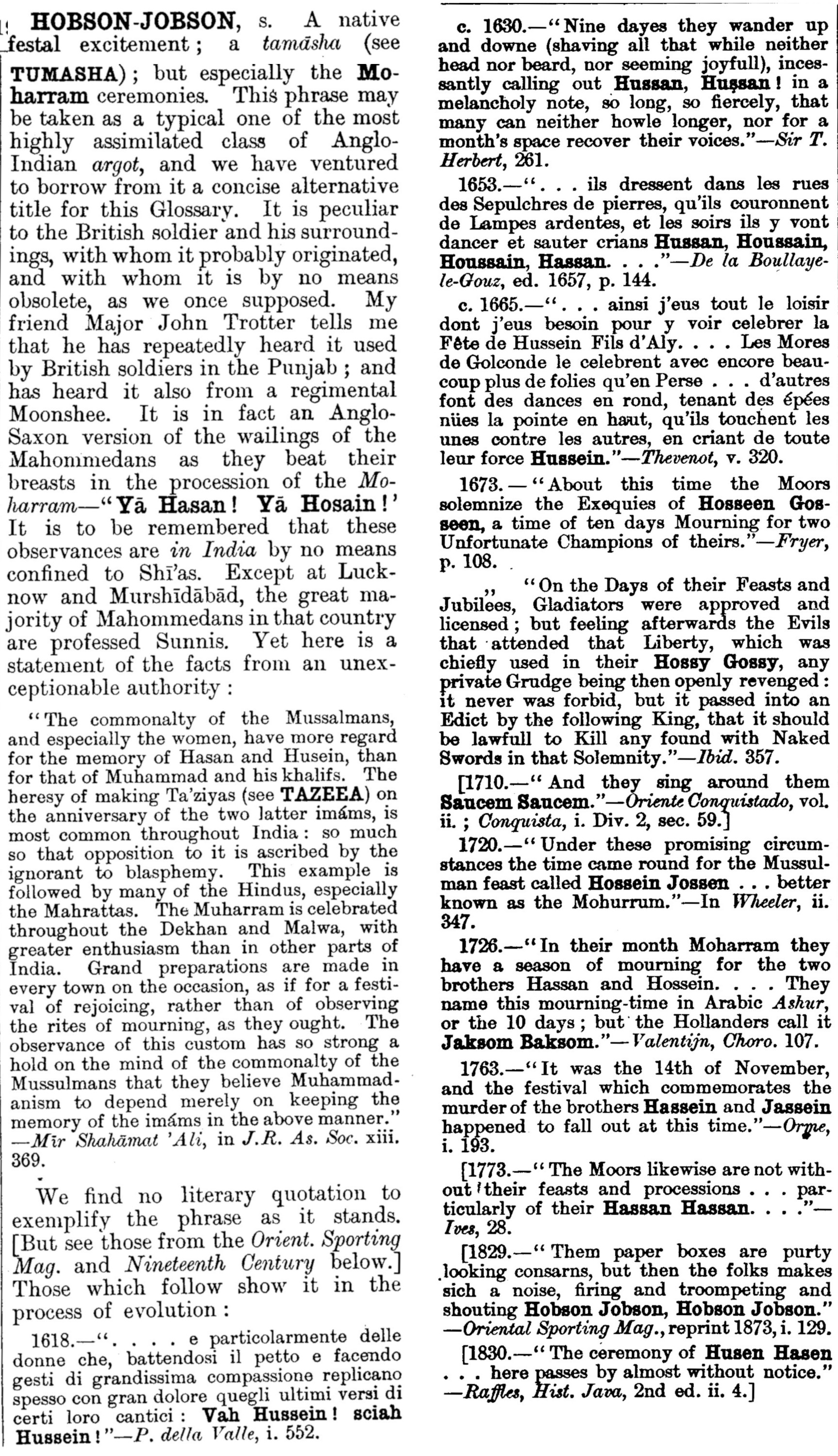 The section below makes it clear that ‘caste’ is a term foisted upon Indian society by Europeans attempting to make sense of what they observed: “Distinguished by the different modes of binding their turbats…” “…reckoned by travellers to be 84…” “…from these 4 castes are derived 196…”

Ivor Lewis Sahibs, Nabobs, and Boxwallahs: A Dictionary of the Words of Anglo-India is a century after Yule & Burnell and represents “an attempt to fill in some measure certain lacunae in Hobson-Jobson in order to achieve a better balance between the words of the common sort and those in the learned registers of theology, indology, philosophy and the like.”

These two books document with an English that is pretty much gone, since the end of the British Empire with Indian Independence and the foundation of Pakistan and Bangladesh, but present-day “Indian English” is vibrant and continues to evolve. Braj Kachru’s The Indianization of English: The English Language in India contains eight scholarly studies of aspects of “the nativization of the English language in India” and is poised midway between 1947 and 2020; in search of something more contemporary, I can’t resist Lonely Planet’s Indian English: Language & Culture (“total timepast… ‘Indian English’ is India’s informal and colourful take on the English language, a mash up of American and British English poured over the Indian tongue. Bollywood jargon, Hinglish slang, you know you want to talk that talk! “). I’m tempted by Indian Accents: Brown Voice and Racial Performance in American Television and Film but can’t really justify the indulgence.

I hear you ask: Tamglish? Soup song? Soup boy? If you happen to be among those not quite abreast of the latest internet trends, Tamglish is a conflation of the south-Indian language Tamil and English. For those who are up to speed, it is synonymous with Kolavari Di – a song of rejection hummed by an inebriated jilted lover… (Kolavari Di: how India’s ‘Tamglish soup song’ went viral (Priya Virmani)