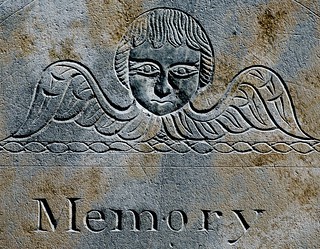 Among the axes of my engagement with photography are projects that work with collections of purchased studio portraits (Abandoned Ancestors and Bluenose Physiognomy) and with my own images of cemetery memorials. These efforts mostly deal with strangers who have departed from the living world, and so I keep an ear to the ground for material related to remembering and forgetting.

I also preside over a vast collection of musics from all over the globe, most recorded during the 20th century, primarily by musicians who are no longer among the living.

This morning’s RSS feed brought me a sound sample from 49 years ago, a Batwa innanga zither song from Uganda. The moment captured in the recording is GONE in a profound sense: the performer is no longer living, Batwa culture and society has changed irredeemably, nobody now living plays the instrument or sings the song, and the world of the present finds the people and the music a mere curiosity, roadkill to the Progress which produced present glories/horrors. The same sad tale can be found throughout the world. (For vastly more in this line, see Hugh Tracey‘s catalog…)

Photography and field recordings have a lot in common. The stored images and the sounds are in the strict sense memorials: they enhance and embody memory, and remind us what the present came from. This is no small thing, and worth excavating beyond the superficial.

Another bit of RSS serendipity arrived this morning in the form of a blog posting by Alan Levine (a.k.a. CogDog), whom I’ve been following for 15+ years. This one gathers photos of his parents, and investigates the realms of personal memory.

And that brings me back to Roland Barthes’ Camera Lucida. I continue to try to comprehend what Camera Lucida tries to teach me about thinking about photography, and so take up Part Two, in which Barthes describes his engagement with photographs of his mother at different ages, and instantiates the concept of photography’s noeme: its essence, which Barthes identifies as “that-has-been”.

It is often said that it was the painters who invented Photography (by bequeathing it their framing, the Albertian perspective, and the optic of the camera obscura). I say: no, it was the chemists. For the noeme “That-has-been” was possible only on the day when a scientific circumstance (the discovery that silver halogens were sensitive to light) made it possible to recover and print directly the luminous rays emitted by a variously lighted object. The photograph is literally an emanation of the referent. (pg. 80)

…what I see is not a memory, an imagination, a reconstitution, a piece of Maya, such as art lavishes upon us, but reality in a past state: at once the past and the real. (pg. 82)

The photograph does not necessarily say what is no longer, but only and for certain what has been.

By way of illustration, Barthes shows us Alexander Gardner’s riveting portrait of Lewis Payne/Powell, about to be executed for the attempted assassination of W.H. Seward (1865): 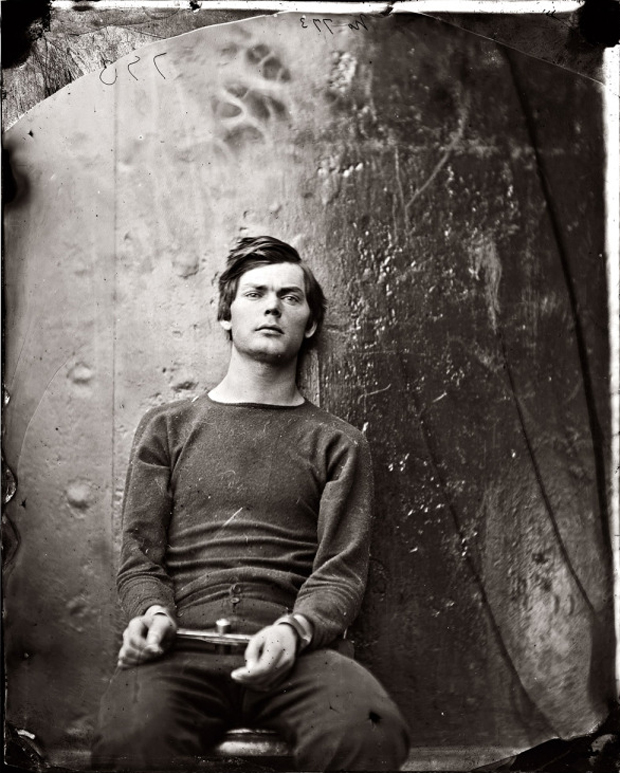 The photograph is handsome, as is the boy: that is the studium.
But the punctum is: he is going to die.
I read at the same time: This will be and this has been.
…
I shudder over a catastrophe which has already occurred.
Whether or not the subject is already dead,
every photograph is this catastrophe. (pg. 96)

The photograph is unsettling in several ways, and for some viewers the unforgettable punctum may be the manacles; for others, it might be the far-away look in Lewis Payne’s eyes, or perhaps the angle of his head as it rests against the implacable cell wall.

As if the above wasn’t plenty of psychic exercise for one day, the mail brought The Art of Frederick Sommer: Photography, drawing, collage (Yale, 2005). In a Tribute, Emmet Gowin says

In 1966 a chance encounter with a single photograph by Frederick Sommer changed my life… To all who now hold this book in their hands: hold on, your life may never be the same. (pg. 6)

Sommer photographed things in order to give life to ideas. To a degree unparallelled in any other body of American photography, he used the camera as a tool of invention, transformation, synthesis, and allusion (pg 10).

Sommer’s devotion to drawing taught him—at least intuitively—many fundamental things. He learned that representation (in any form) is mimetic in only the most simplistic way. At heart, any depiction is an act of synthesis and invention. Representation can never be disinterested or neutral: it is an inevitably personal process, a product of individual ideas, associations, and skills…. All of Sommer’s subsequent work in photography was informed by his experience in drawing. His photography reveals a deep concern for the formal coherence of the image—the relationship of internal elements to one another and to the edges of the paper. (pg. 13)

And here’s Sommer himself on Composition:

Photographic composition is the conjunction of how elements want to come together. To what degree they interact positionally. My first thought, when I look through the camera, is how does this fit on the ground glass? Is too much missing or is there too much there? Does it explain its presence? Does it have any connectedness to things? If you can’t find any way in which these elements work together and are justified in being in each other’s presence you haven’t got anything. The trick is to find what kind of combinatory art has brought together the things that are penetrating. (pg. 211)

Sure enough, the images in the book jerk me back to my first encounter with Sommer, probably in a 1962 issue of Aperture, where (as with the Caponigro 1958 image) I was suddenly aware of new ways of seeing, which continue to resonate up and down the harmonic series.

What a ride. But really every day is as varied and exciting and full of the unexpected.