A week or so ago, in response to my pants people post, John-the-son asked this question, which I’ve been contemplating ever since:

I’m curious how you observe your thoughts… Like for a complex thought do you have to struggle to transpose it into words because it’s fundamentally an image?

I don’t have the answer to this, but it got me thinking about various domains I have elaborated and how the mind navigates them. How do my thoughts about music, for instance, realize themselves? How much of my anthropological thought is or has been geographic/ecological, couched in terms of numbers and distributions (which seem fundamentally imagistic). And then what of the familiar experience of waking up with words that need to be written down, and that then unfold into texts (these days often on yellow pads, then transferred into .txt files). The process of writing out my wordly thoughts is an essential part of clarifying and then making them distributable: the old “How can I know what I think until I see what I say?” keeps coming back, but with that verb see at the core. Evidence again for the visual? But much of my thinking does seem to be verbal, a cascade of words, rather than images that require to be translated into the medium of words in order for them to be expressed, recorded, transmitted, distributed.

My presumption has been that thinking is verbal, and trying to imagine what visual thinking would be like calls upon pattern and form in their visual plumage. And is perhaps exactly what I’m employing as I stalk the spaces at Drift Inn and Marshall Point. There’s little there that seems to express itself verbally—rather, a recognition of a flow of imagery punctuated by non-verbal recognition of creatures, faces, personalities that I can collect without needing to name. A pattern recognized: eyes, noses, mouths, even in their splayed and warped Cubist configuration. And the more I practise, the more easily I resolve the patterns into versions of the face, often calling upon remembered images to help to parse what’s before me.

Surely I do see things in other things; Broot has said that my photographs “make something out of nothing” where hers are more abstractive, and “make nothing out of something.” I spend a lot of every day seeing things that then reside in my imagination, as readings of sensory input.

How to account for the differences in how Broot and I see the contents of my photographs? She ‘sees’ as I do probably less than 1/4 of the time—the creatures are REAL for me, in my imagination, but often they need to be elucidated, in effect drawn out, for her to ‘see’ them. Is this just a matter of practise on my part, or ‘just’ a manifestation of the Blackmer gene for whimsy? And is whimsy a matter of manipulating, of turning up previously hidden/unobserved facets, of turning things inside out, of treating analogies/homologies as if they could be manipulated to have other readings… and is that somehow a visual/imagistic transformation?

And what of Broot’s and Kate’s highly-developed puzzle-making skills (in which I scarcely participate), an exercise in pattern-matching, a quintessence of the visual? The notions of pattern and form have very strong visual components, and are at the core of Broot’s own photography.

It’s interesting that I sometimes have to revolve an image (while processing it) in order to ‘see’ what it contains, which I might or might not have discerned in the original ‘seeing’ that prompted the digital capture/shutter release. And the process of making mirrorings and tessellations is almost entirely a post-processing activity. The thing about mirrorings is that the beings in them don’t exactly exist, but they are nascent and potential in their seed images, and once created they take on a sort of life and identity that arises in the viewer’s imagination: they are synthetic and imaginary, but recognizable as other-dimensional beings who exude personality. And they are mostly looking right at the viewer, daring the viewer to assign character and identity. The paradox that they really are unliving rock (or ice or dead wood, etc.), while appearing to radiate personality or at least personhood, is a conundrum. Mere figments? Or emergent potentials of being?

The viewer assigns features: that depression is an eye because it looks one of the ways eyes can look. If there’s an eye there may also be a mouth, or an abstraction of mouth-ness; likewise a nose, an ear, a facial contour. The viewer reads the image as if those might-bes really are. There’s so much might-be and could-be, all of it exercises in fitting the perceived with handy templates, many of which are stored-up visual algorithms from a lifetime of image viewing. But how to fit Kian’s 7 1/2 year old view into the calculus? He has the beginnings of image knowledge, and he knows the fundamental eyes-noses-mouth face formula and can apply it wittingly, but he doesn’t have the images of Queen Victoria 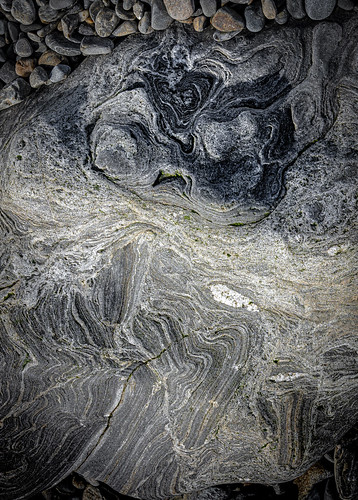 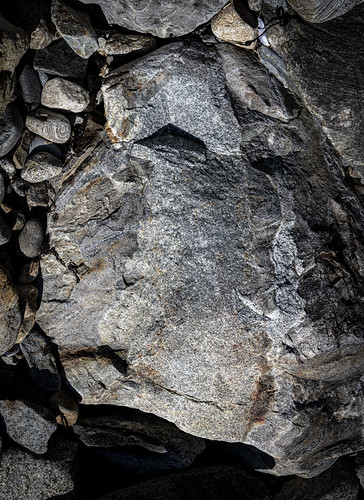 or the various Cubist unconstructions, not yet. So his “that’s like…” is in the early stages of accumulative development, and coming along very nicely.

My own highly-elaborated visual memory is a resource for naming images (often whimsically) with what I see, viz: the ‘nesting pair’ of long-billed creatures in this image: 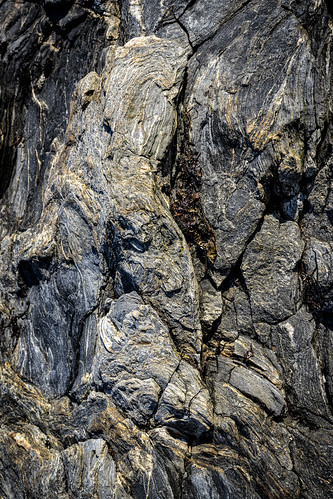 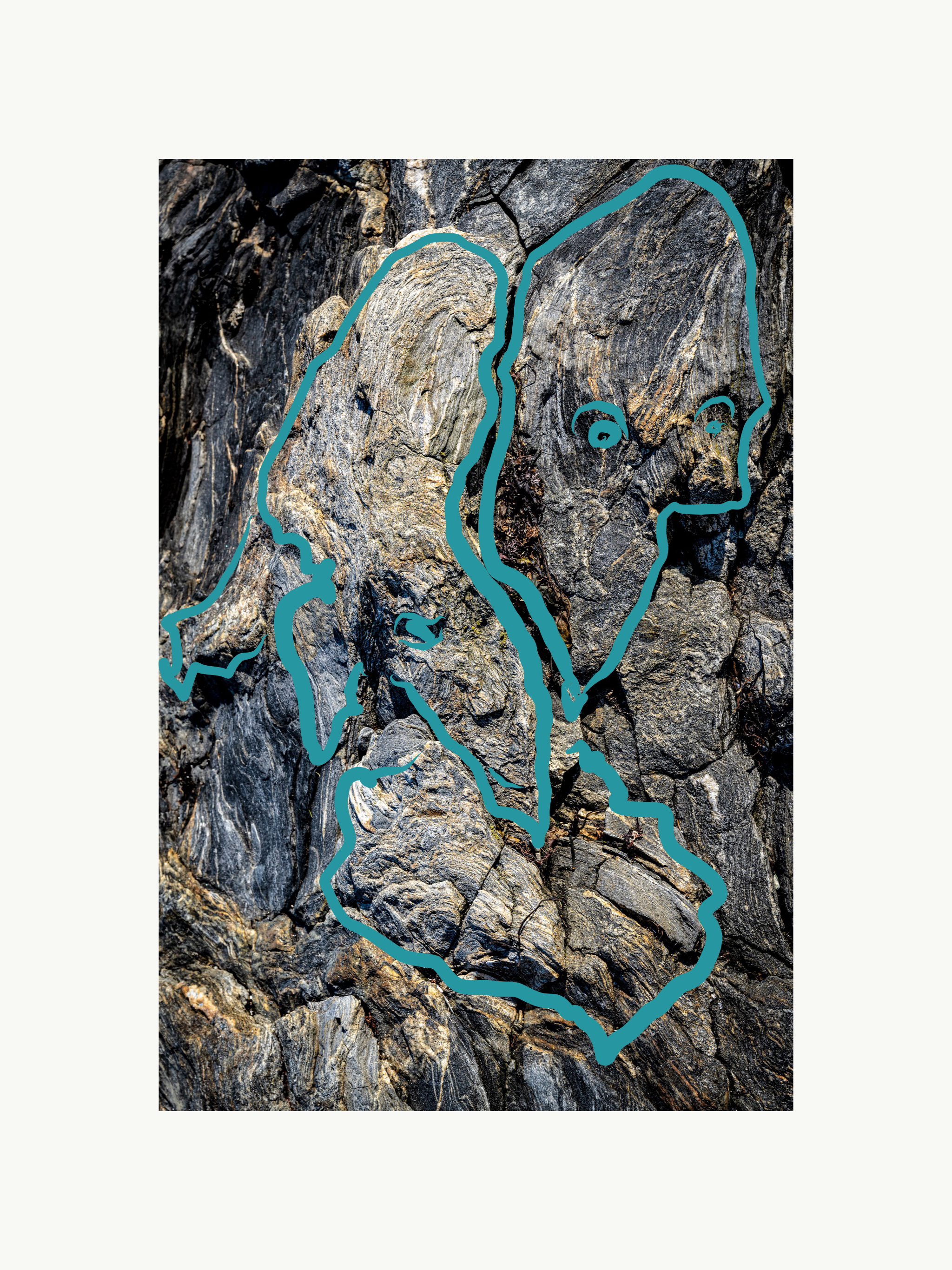 Or consider the Cheshire Cat, in several manifestations: 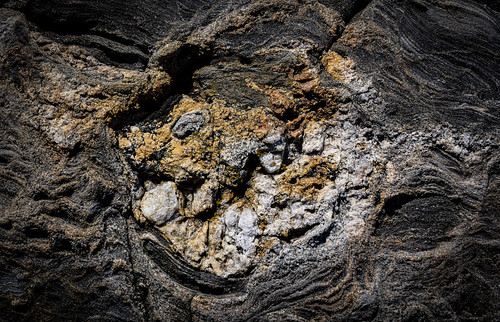 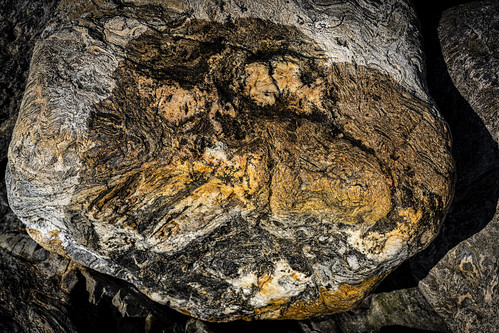 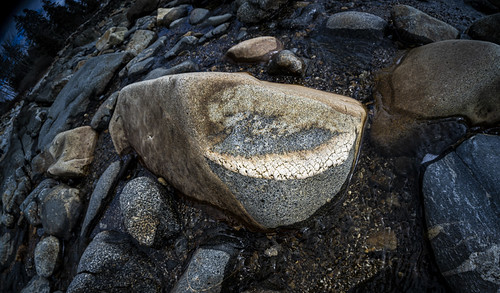 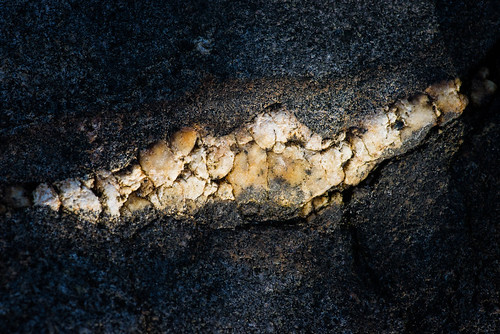