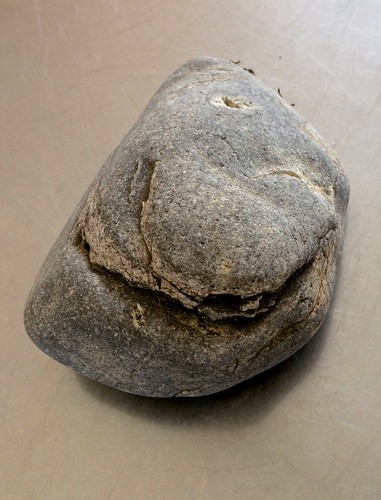 ‘Touchstone’ has come up a few times in our Convivial conversations, in the context of things/ideas [material/immaterial] of great personal significance. The term’s literal meaning refers to assaying and purity-testing of ore samples (“gold and silver was rubbed, or touched against black quartz — the touchstone — to determine the purity of the metals. This was done by looking at the color of the streaks left on the stone.” [Vocabulary.com]), and by extension “a basis for comparison; a reference point against which other things can be evaluated” [WordNet.com]). By still further extension, “A touchstone can be a short passage from recognized masters’ works used in assaying the relative merit of poetry and literature. This sense was coined by Matthew Arnold in his essay “The Study of Poetry”, where he gives Hamlet’s dying words to Horatio as an example of a touchstone.” [Wikipedia]). Thoreau takes it still further, and into territory we’ve traversed:

Dreams are the touchstones of our characters. We are scarcely less afflicted when we remember some unworthiness in our conduct in a dream, than if it had been actual, and the intensity of our grief, which is our atonement, measures inversely the degree by which this is separated from an actual unworthiness. For in dreams we but act a part which must have been learned and rehearsed in our waking hours, and no doubt could discover some waking consent thereto. If this meanness has not its foundation in us, why are we grieved at it? (from A Week on the Concord and Merrimack Rivers)

The Question du jour arose while reading about books in two Guardian pieces, one by Philip Pullman and the other by Neil Gaiman. (I’ve snagged both texts, just in case they disappear from Guardian accessibility), and here’s what I wrote as a note-to-self:

There are books which seize us, to which we may return again and again to relive the pleasures and insights they provided, and often enough to discover previously unnoticed depths and messages. How many times have I read Tolkien, or Jan De Hartog’s Spiral Road, or Patrick Rothfuss’ Kingkiller Chronicles (still awaiting the unpublished third volume of the trilogy) or Trollope’s Barsetshire novels, or Delderfield, or Eric Ambler, or Manning Coles… and how many authors have I read pretty much everything by and kept in expectation of reading again (Pratchett, Gaiman, William Gibson, etc. …)

And here’s the Question as spawned:

What are your TOUCHSTONE books? [and/or images, films, music… whatever]

And more generally, what’s a TOUCHSTONE to and/or for you? (book or otherwise, point being to explore the meaning/significance of ‘Touchstone’ in your life).

Here’s a nice elaboration of the term, placing it directly in Convivium territory:

The word touchstone has several meanings. In times past, a touchstone was a dark stone, such as basalt or jasper that was used to test the quality of gold or silver. From that came the more common meaning, that of a reference point from which to evaluate the quality or excellence of something.

A touchstone can be a personal symbol or emblem that represents your dream and that helps you to stay on track and stay true to your vision. Throughout the centuries, indigenous people on every continent have used ‘medicine bags’ in a similar way. … The term ‘medicine’ in this context refers to anything related to the spirit world, Medicine bags provide guidance, healing and protection for their owners. The bags or pouches can be leather, are often decorated with beads, and contain items such as quartz crystals, feathers, plants, or shells. The items in a medicine bag represent the wearer and are often gathered as part of a vision quest.

Your own touchstone or ‘medicine’ should be something meaningful to you, something that has special significance or resonates with you. I’m sure you’ve had the experience of finding a small item, perhaps a rock, leaf, flower or shell that seemed to be just waiting for you to pick it up and carry it home. Then when you get it there you have no idea what to do with it. Such a finding might become your touchstone.

Speaking for myself, I recognize a pretty broad array of literal and metaphorical Touchstones—the literal ones in actual rocks collected for their personalities and beauty, and the metaphorical ones being some sort of epitome, some sort of representation of an ideal or crystallization of value or memory. This reading might be easiest to convey in photographs that seem to operate as personal Touchstones, as epitomes of what I most value in the medium, to which I’ve returned again and again. Some are completed thoughts, as in Paul Caponigro’s “there’s a horse in that one” (his comment when I told him that the image had changed my life) 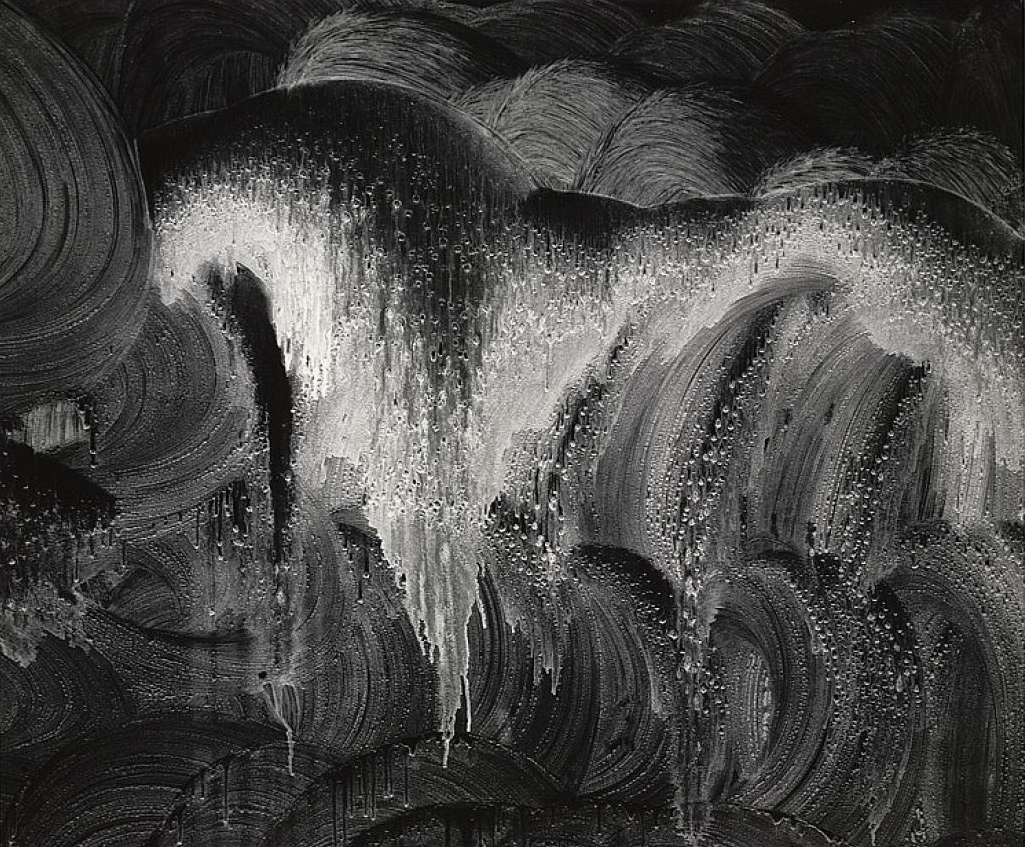 while others relate more to the puzzles and uncertainties, as in Imogen Cunningham’s Leaf Pattern 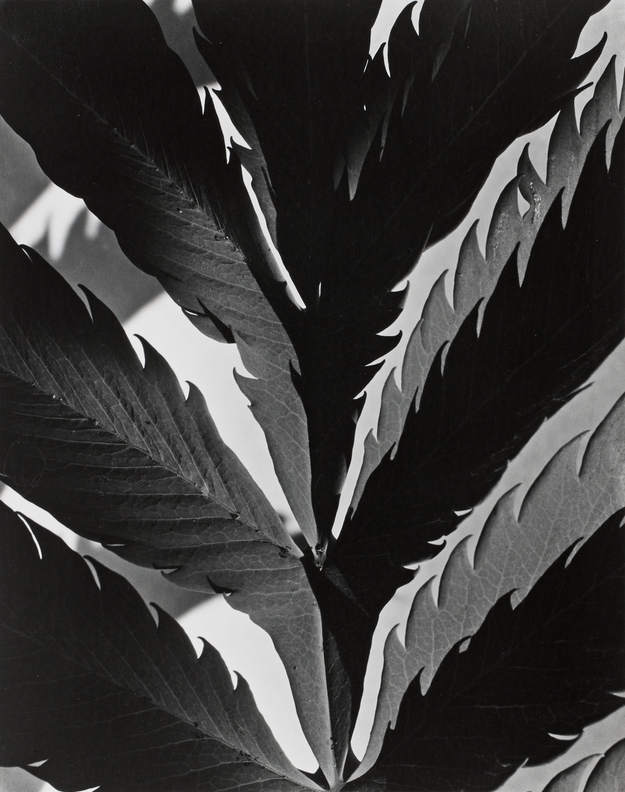 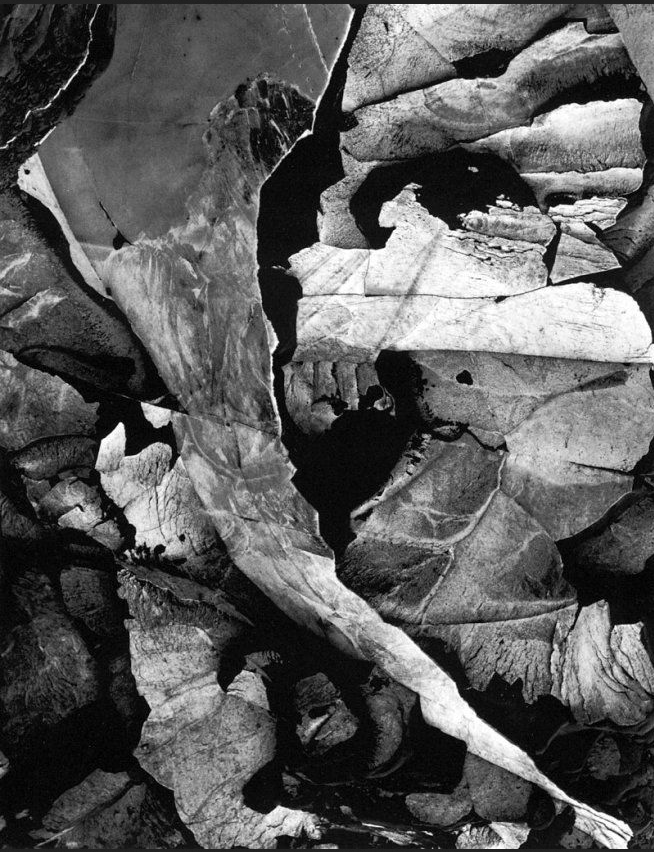 These are Touchstones for me because they stick firmly in the mind and embody some insight that I gained when I first saw them, some undertanding of photographic design. But transitivity isn’t necessarily a part of this: one person’s Touchstone is another’s enigma, or ho-hum. A Touchstone is intensely personal, something that comes alive in the mind of a person and might be shared with others, or not.

I also have a wide-and-deep array of musical Touchstones, some going back to my youth and others discovered only yesterday. The earliest seems to be the first Allegro from Bach’s Concerto for 3 harpsichords, strings and continuo (BWV 1064), which I remember hearing while lying under the piano, via a 78RPM record. And then just yesterday I heard Pat Conte’s Half Shaved for the first time, and it immediately joined the Canon.

And needless to say there’s been a long succession of touchstone films, The Big Lebowski prominent among them.

And so it goes. Whaddya got?