It’s been cold enough for ice to begin to form on the ponds at Drift Inn, so we wandered by to start the winter’s ice photography. Here’s what the venue looks like: 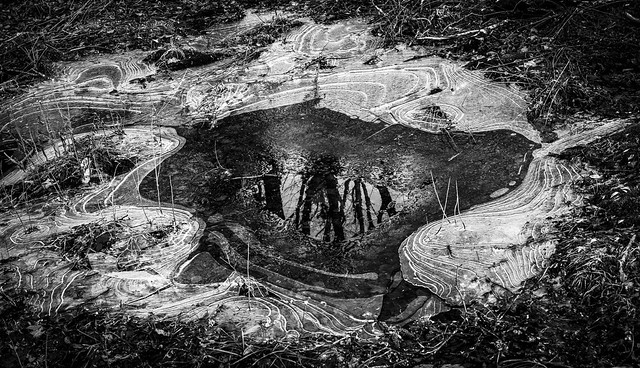 There are several shallow ponds, which only hold water if the ground is frozen. The ice comes and goes with freeze and thaw, and from one hour to the next offers different possibilities as the light changes and the margins expand and contract. Our approaches to the material are quite different, and we see different things: Broot settles in with her kneeling pad and works over square inches of ice from a distance of 3-4 inches, while I wander around the edges and mostly photograph features from 1-2 feet distance. She looks for abstract patterns that I simply don’t see, and I look for creatures who have chosen to manifest in the ice. Often I only discover the creatures once I’m looking at the results of the day’s shooting on the computer. Here’s a case in point, a 90 degree rotation of the image above: 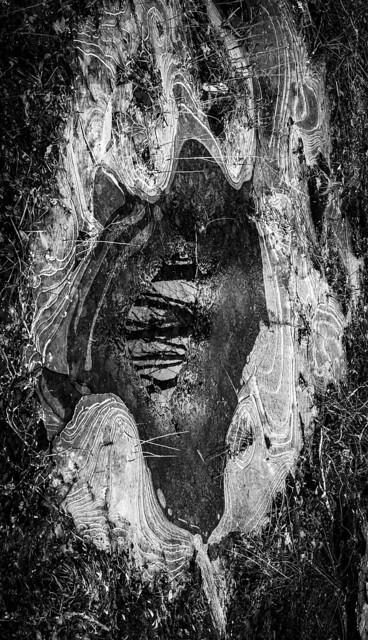 I was surprised to see a face appear, and I’ve made several attempts to capture its outlines. I’m still very clumsy with the iPencil: 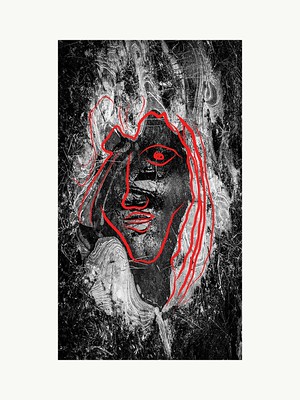 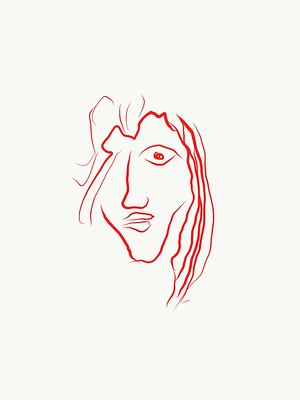 I did manage two shots that actually seem to me to be photographs, though I haven’t yet grasped what they portray or represent (and the answer might be: nothing at all, or maybe they’re conceptual enigmas): 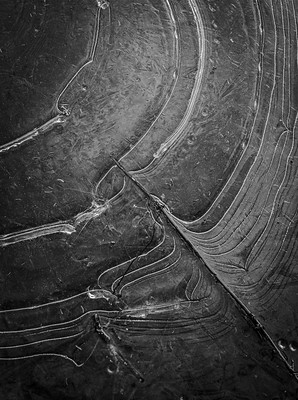 And here’s another, from a series of Colloquys: 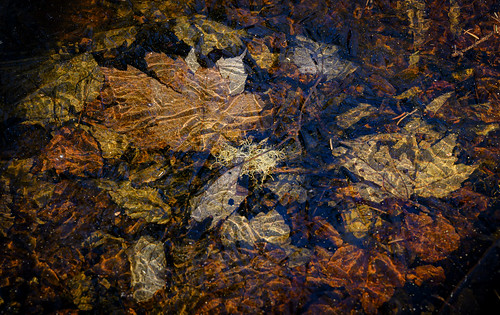 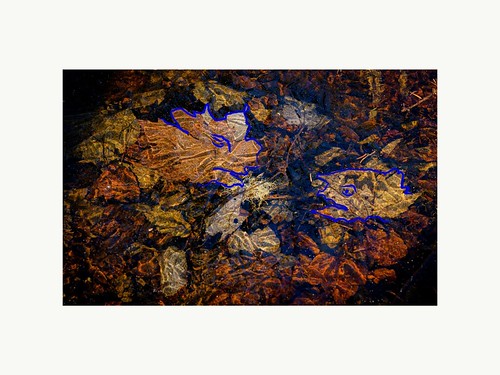 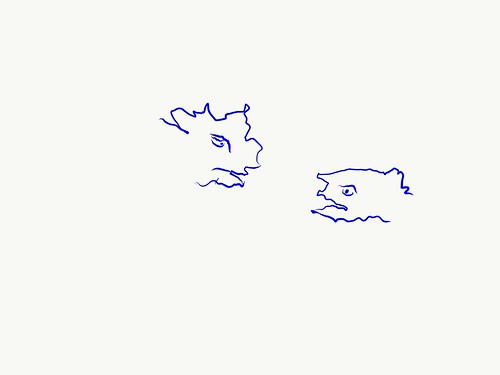 A wander on the rocky beach at Drift Inn produced this line of six or more spectators: 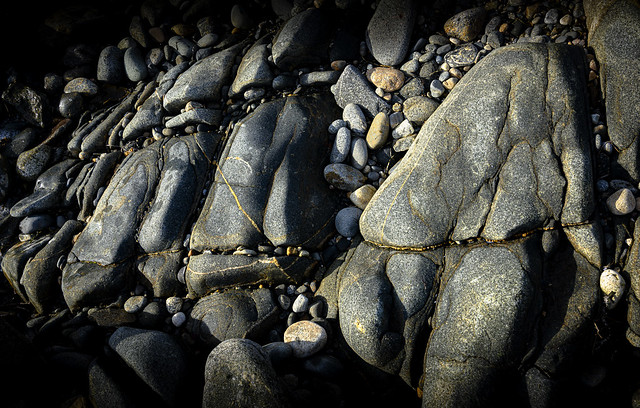 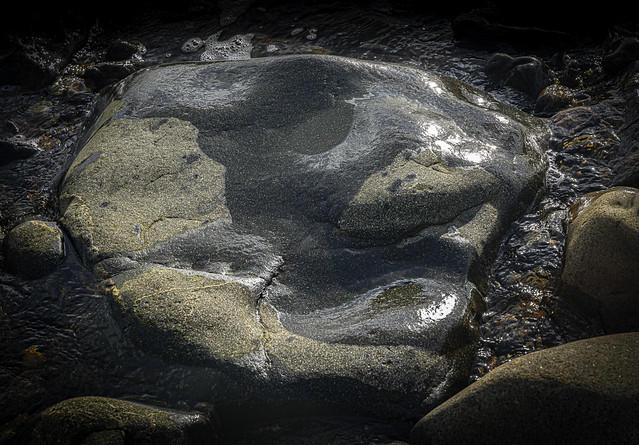 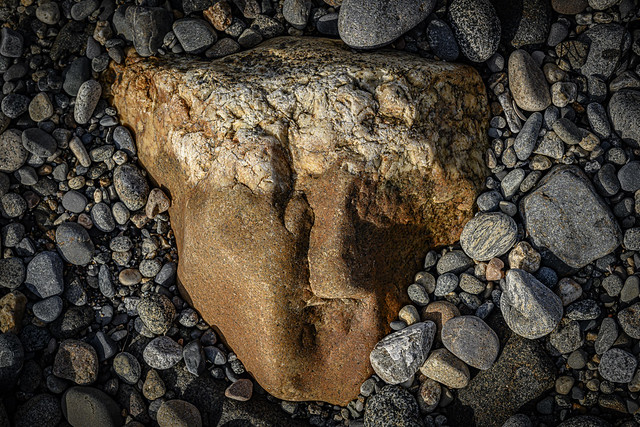 So the winter season’s explorations at Drift Inn have begun.

3 thoughts on “back at Drift Inn”