Ah, in-jokes: this one from the splendid Language Log.

Every year Bruce Sterling gives a talk (well, a rant) at SXSW, and this year’s is a real barn-burner. The whole thing is available for download (along with quite a few other recordings of panels), and it’s really worth listening and then listening again to the whole 48 minutes. That’s a pretty tall order for people who don’t have mp3 players grafted into their lives, and long commutes or walks or whatever in which to multitask.

To give you reasons to download the whole thing, I’ve made a bunch of extracts of especially powerful bits, most of them pretty short:

This is heady stuff, and his reading of Sandberg (which ended the talk –I mean, how could you follow that?) makes the point pretty persuasively that hearing a poem is an essential complement to reading a poem silently. See also Jon Lebkowsky’s take at WorldChanging.

One of the pleasures of midcoast Maine is odd finds in used bookstores. One recent example: Clive Bell’s Old Friends, a collection of sketches published when he was about 75, looking back over a life of having known remarkable people. Three excerpts, chosen for their vivid language:

Besides being a beauty, Irma was a wit, and a très brave fille to boot. A passionate cyclist, she was the first woman wearing bloomers with whom I ever sat down to dine; also, she was the first I ever saw pick up her plate and lick it clean. I learned much from Irma. (pg 151)

‘The opinions of Walter Sickert’, what were they? They boxed the compass between a first and a third glass of wine. Sickert was a chameleon, and the most I hope to suggest is some plausible explanation of the fact.

Sickert was a poseur: he belonged to an age of poseurs, the age of Wilde and Huysmans and Whistler. If, to be an artist, it was not absolutely necessary to épater les bourgeois, it was necessary to do so in order to be reckoned one in the best circles. And it was in the best artistic and intellectual circles that Sickert was admired. In London, at the beginning of the century, his position was remarkable and, I think, enviable. He was not a popular artist but he was esteemed. English people of intelligence and culture, whose culture was mildly cosmopolitan and more or less up to date, had to have an English painter to admire, and whom could they have but Sickert? (pp 13-14)

In an effort to describe Virginia Woolf’s conversation (“the fun and spirit of Virginia’s talk”) he quotes this passage from The Mark on the Wall:

…To show how very little control of our possessions we have—what an accidental affair this living is after all our civilization—let me just count over a few of the things lost in one lifetime, beginning, for that seems always the most mysterious of losses—what cat would gnaw, what rat would nibble—three pale blue canisters of book-binding tools? Then there were the bird cages, the iron hoops, the steel skates, the Queen Anne coal-scuttle, the bagatelle board, the hand organ—all gone, and jewels, too. Opals and emeralds, they lie about the roots of turnips. What a scraping paring affair it is to be sure! The wonder is that I’ve any clothes on my back, that I sit surrounded by solid furniture at this moment. Why, if one wants to compare life to anything, one must liken it to being blown through the Tube at fifty miles an hour—landing at the other end without a single hairpin in one’s hair! Shot out at the feet of God entirely naked! Tumbling head over heels in the asphodel meadows like brown paper parcels pitched down a shoot in the post office! (pp 108-109)

I unearthed another trove of Nova Scotia Faces photographs, hidden in a box with an enigmatic label (that’s what happens when you move) and rediscovered an album of what are technically called “gem” tintypes –about 0.75 x 1 inch, which is to say small enough that they are difficult to see. I’m scanning them at 1200 dpi and and applying some Photoshop magic to adjust the brightness and contrast, and I’m rewarded with astonishing portraits, like this one: 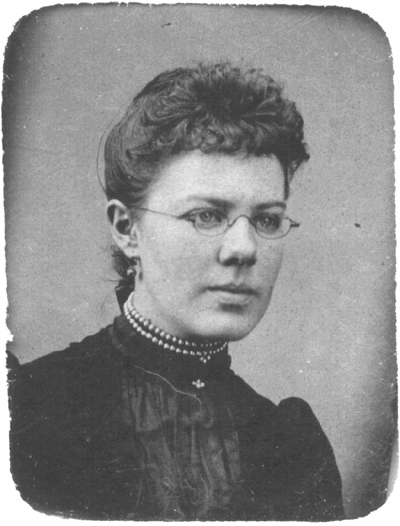 See others in the set

About 3 miles, across the St. George Peninsula from Martinsville on the Atlantic side 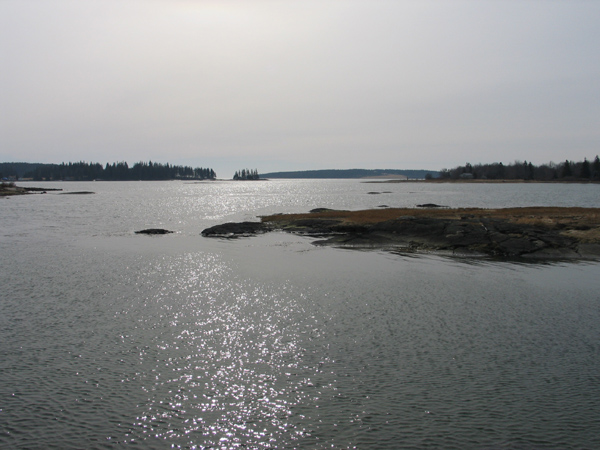 to Turkey Cove on the St. George River 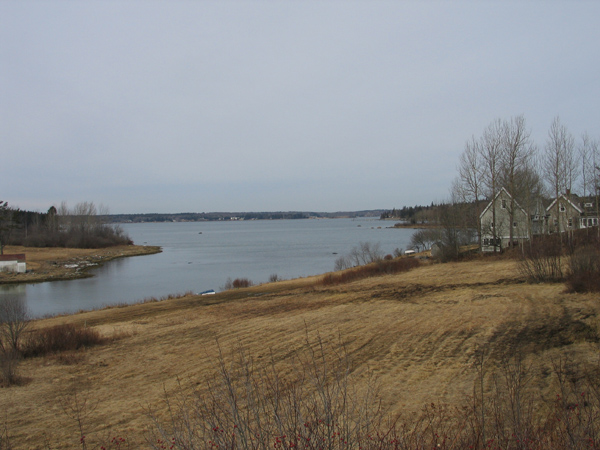 and back. Spring definitely out there somewhere.

Kieran Healy twirls a stick in a Comments hornet’s nest with his post which includes these bonbons:

…it is nevertheless an important fact that an elite French education can entail learning quite a lot of math in addition to ploughing through the great philosophers. So your typical Next Big French Intellectual often has the wherewithal to bug the shite out of technoids and comp-litters, although only one of these constituencies is typically targeted… The cafés at the Collège de France sell bottled reflexivity instead of Evian.

Come to think of it, everybody didn’t grow up with The New Yorker Album 1925-1950, but I sure did. I can trace all sorts of fundamental bits of Weltanschauung (and probably basic sensayuma) to specific cartoons that I puzzled over for years before I learned/discovered what they were really about. There are great depths, largely unplumbed, in the stratigraphies and ontogeny of humor. William Steig is good and dead, so I don’t feel that I’m somehow stealing from him or from the much-beloved New Yorker by putting this one up here. It might inspire a reader to buy the (foolishly DRM’d, but nonetheless utterly indispensable) Complete New Yorker: 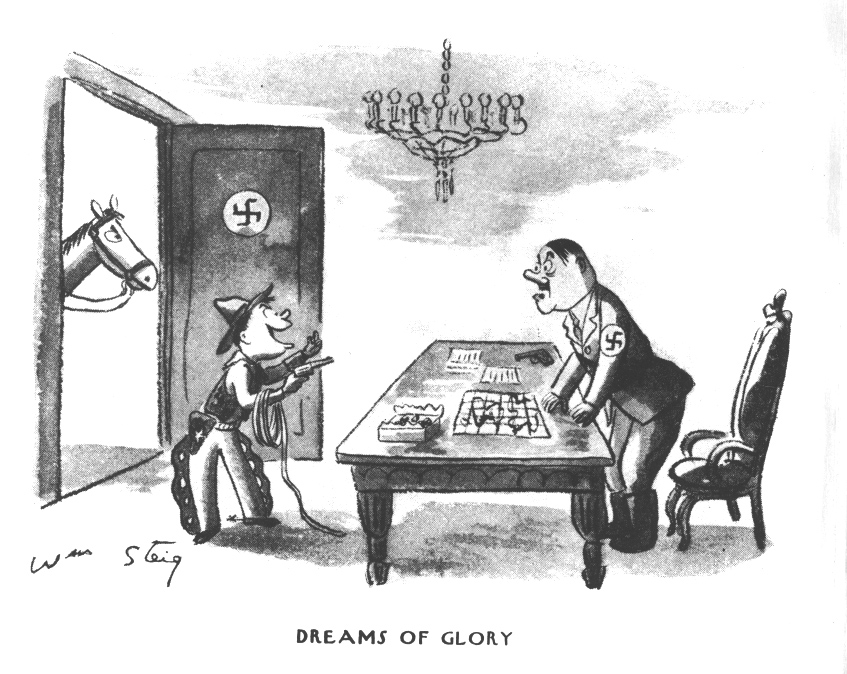 I’ve always been especially charmed by the look on the horse’s face.