This one has enough enigma to satisfy any devotee of the obscure: 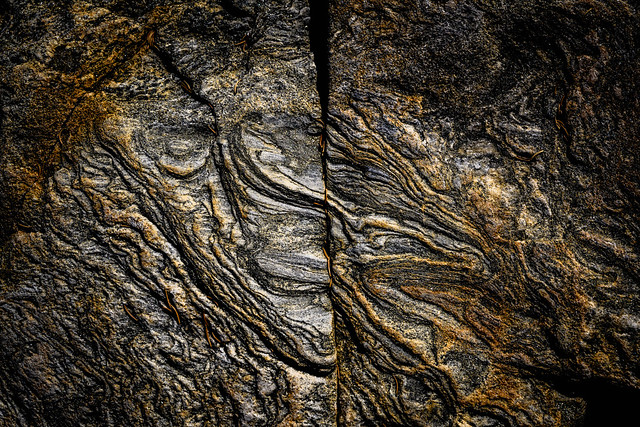 It’s a fissure in a large rock mass, but the two sides seem to have had quite different histories of erosion. The left-hand panel seems obviously to sport a grinning but rather lopsided face, but the right side is less easily parsed into something that makes sense.

So: in search of hidden essences, I first mirrored the left side and produced a rather more unsettling face, reminiscent of The Mask of Agamemnon: 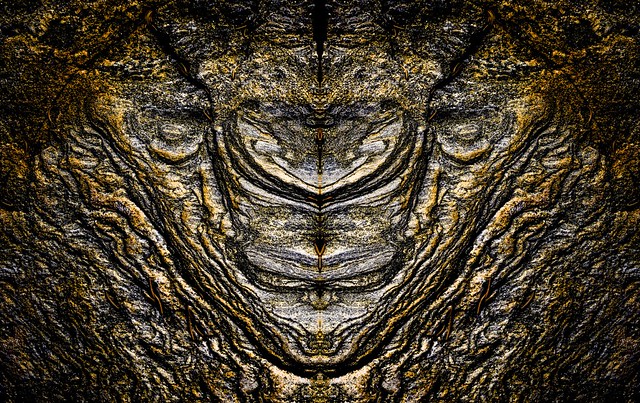 A quick mirroring of the right side also produced a sort of face, perhaps a bearded figure not unlike my friend Daniel Heikalo: 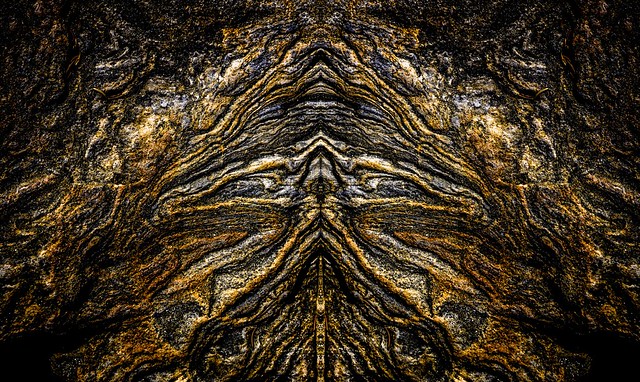 …and then it occurred to me to flip that panel vertically, to reveal a gently smiling portrait of a being with an insectoid headpiece: 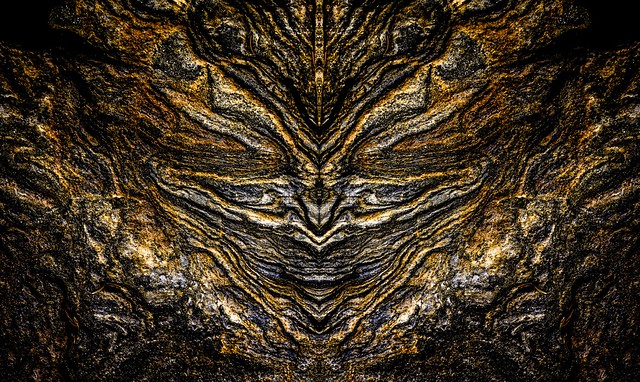 The conceit of the moment is topological: the two halves are meeting at a corner of tesseractoid hyperspace. But other readings are possible. At the bottom of the left side there might be a demonic motorcyclist: 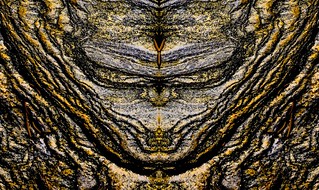 or it may be that the mirrored left side should also be flipped vertically to reveal a wrathful or perhaps merely disapproving godlike being: 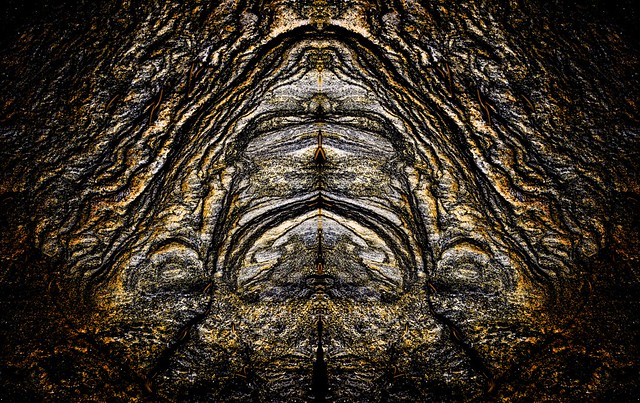