And while we’re at it, an example of a transformative tessellation. There’s a lovely rock at Drift Inn that is half marble and half something else, product of some very long-ago intrusion. All by itself it offers a complex landscape, not easily parsed for creatures unless one is really adept at spotting them: 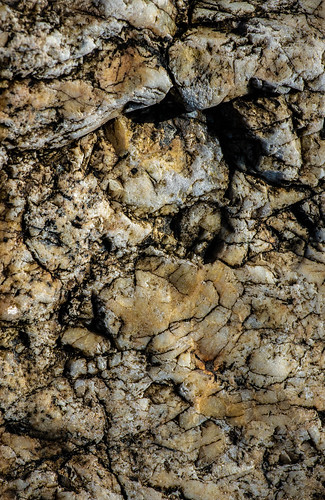 But a bilateral mirror transformation (and some judicious saturation and contrast tweakage) opens a whole world of possibilities: 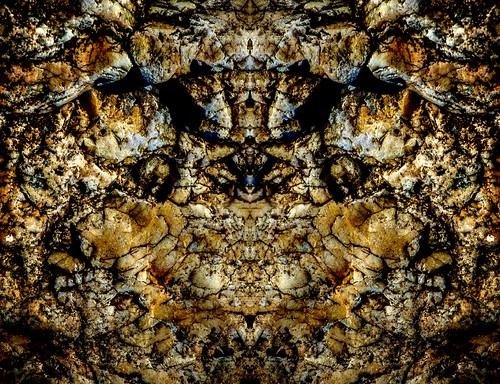 I read this one in many ways: there’s a Cheshire cat, a mustachio’d knight, a pair of dragons (or perhaps they’re heraldic tigers), a brace of red squirrels, assorted golden fishes, even a bodhisattva. But you may see other somethings. 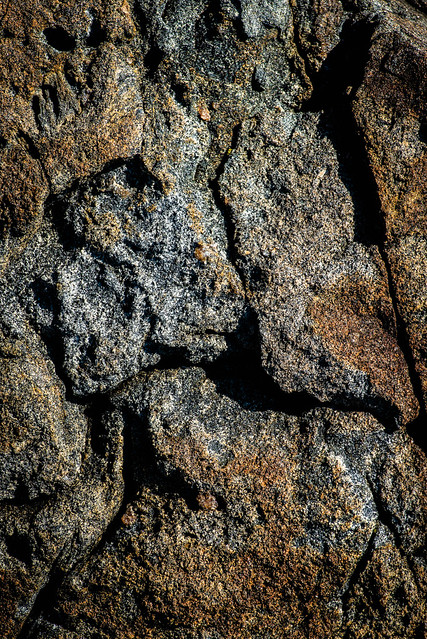 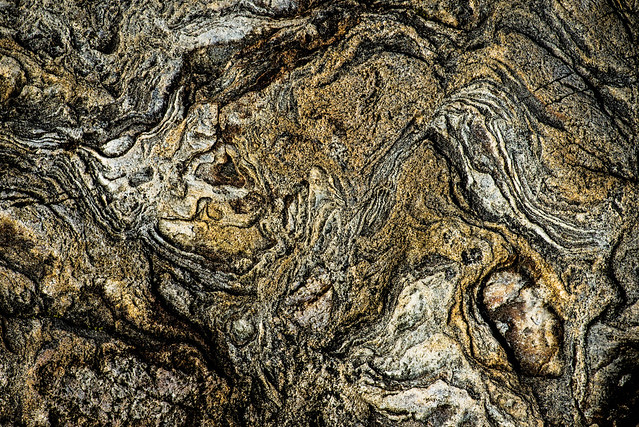 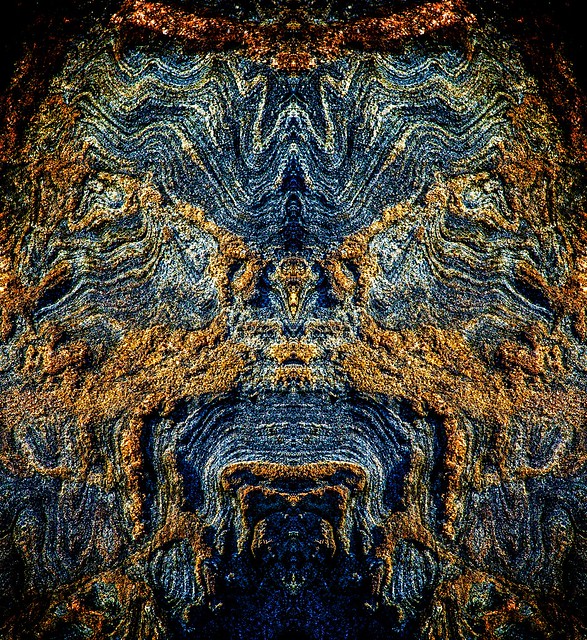 this one seems really sublime: 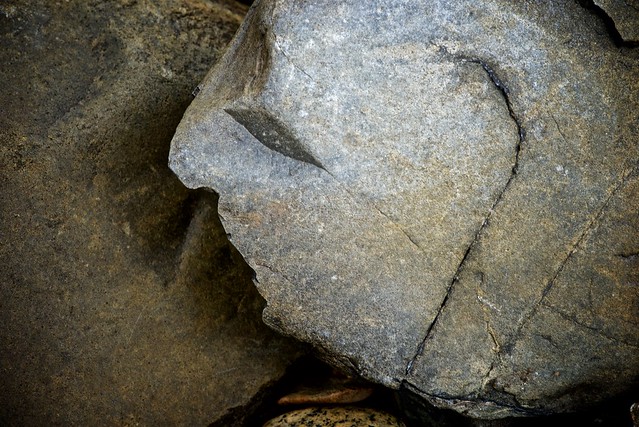 a whisper into a listing ear? 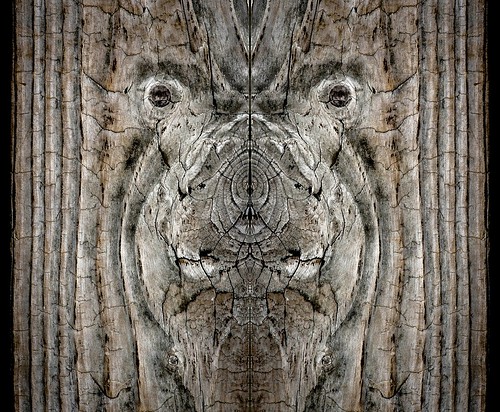