Nova Scotia's Annapolis Valley took pride in being the World's Largest Apple Exporter from the 1890s until 1939. On the mythic and celebratory side of the industry, there are plenty of pictures of the bucolic pleasures of blossom season, often with a lissome maiden somewhere in the composition: ...and the annual Apple Blossom Festival celebrates the industry with parades and the selection of Queen Annapolisa: 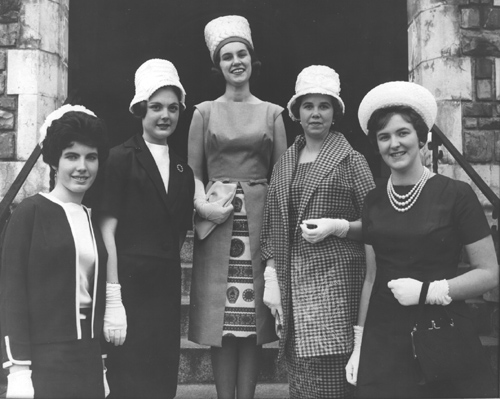 But the blossoms only decorate the orchards for about 10 days of the year, and much of the rest of the time was much less picturesque. There is an aesthetic in a well-tended orchard, and definitely an art to pruning trees into a shape to maximize productivity and ease of picking, but fundamentally the trees live constrained lives, arrayed in straight lines: Apples were a business, and there are some pictures that capture the grim industrial realities: Apple pickers came to the Valley from other parts of Nova Scotia, returning year after year to the same orchards. Upwards of a million barrels of apples were picked every year, and there was also a cooperage industry that produced the barrels: Here we see the production line at a canning plant or evaporator: women used belt-driven machinery to peel millions of apples. Imagine the noise, imagine the dangers. There's nothing very romantic about the apple harvest. The best of the crop was put into barrels and shipped to England (mostly for the Christmas market). Windfalls might find their way to the Caribbean, or might be turned into juice: This one says on the back: part of 130 bbls windfalls after first gale Here's a company photograph from one of the packing plants: