Guitar Heroes and Other Influences

My own musical history can be narrated in several ways: see links here for previous autobiographical sketches, but there's also a long and continuing sequence of musical examples encountered and lingered over, and a listing of the succession of novel instrumental forms and genius players encountered, all of which is reflected in records (and later CDs and still later MP3s and videos) acquired and put into 60+ years of listening rotation. This history has always wandered the globe, though Nacirema musics are the core to which I've kept returning. Along the way I've tried various means to share my enthusiasms with others, eventually mounting Cross-cultural Studies in Music as a course (7 or 8 iterations—as Broot has said, "just an excuse to buy more records") and creating mixtapes for distribution to other enthusiasts. Only Daniel Heïkalo exceeds my eclecticism, and he has been a primary musical interlocutor for almost 40 years.

Just what all this collecting and listening amounts to, and how to make it accessible and turn it into a legacy, is an unsolved problem. I know too much and not nearly enough about the musics at my fingertips, and I continue to add more books and recordings to the sprawling multimedia library. What follows is the late October 2020 view of territories traversed... far too long to be easily digested, with many missing pieces that will occur to me as I explore my holdings further, and with new insights as I continue to listen and re-listen. A work in progress...

One facet of this is "Guitar Heroes" (a category I broaden to include mando, banjo, etc. geniuses): players who crowd the minds of aspiring musicians who imagine that they might someday and somehow be able to emulate... This is a classic adolescent (male) mindspace, never fully outgrown by the afflicted. There will always be Yamandus, Jacos, Jormas, Pacos, Clarences and Tonys to marvel at—people who have poured their entire lives and beings into their instruments, often at the cost of the normal lives and relationships they might otherwise have had. These monomanias are all too often accompanied by addictions and personality defects, and many are obsessives, delightful to watch and hear, but exhausting to deal with in the flesh.

My own Heroes include quite a few that don't belong in the category 'Nacirema' and it's a bit difficult to separate the world-changed-by from the mightily-influenced-by, so I'll include both. This side project has swollen into an Omnium Gatherum, a Sprawling Hagiography of Influences, in more or less the order of encounter. I've broken it into 4 pieces to reduce pages to more manageable size: after this page (which covers 1950-1961, more or less), 1961-1972, 1972-1991 and 1991-2020.

It's a bit difficult to reconstruct my earliest musical influences, but my siblings Alice (1925-2010), David (1927-2002), and John (1934-2015) each contributed significantly, and the household had a rich array of phonograph material that I remember from my earliest years. 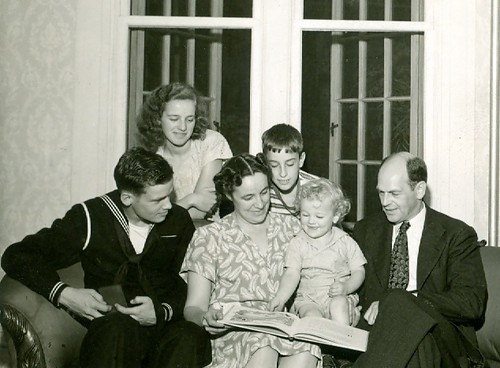 I remember being taught to ALWAYS handle records by the edge, and to exercise great care in putting the tone arm onto the entry groove, and picking up the arm when the record was done, so I clearly had the run of the record collection pretty early.

My siblings were involved in music in different ways: Alice sang in Radcliffe groups, played the piano and (when I stayed with her and brother-in-law Wick during early-1950s summers) was always willing to play songs from the Fireside Book of Folksongs. David was an electronics engineer (he had been a Navy radar technician, and worked in a Boston recording studio in the late 1940s, and eventually became an audio electronics inventor/entrepreneur: DBX, Earthworks). John had a wide repertoire of songs of mildly disreputable nature, and in the late 50s we often sang them together. The family record collection had a lot of LP baroque music (Bach, Schütz, Buxtehude) and a smattering of eclectic other material, including some memorable show music that I played a lot (Brigadoon, Kiss Me Kate, My Fair Lady).

I listened to Armenian music on an AM radio that David gave me, early on Sunday mornings, ages 8-9. This one, from the recent reissue Armenians on 8th Avenue, is just the sort of thing I heard:

Tom Lehrer
Tom Lehrer's first record was recorded at TransRadio, a Boston studio where David worked, so I heard (and memorized) the songs even before the wider world knew about Tom Lehrer's genius for lyrics (and you can find ALL his lyrics in one place!).

Shep Ginandes
Was a Boston psychiatrist, neighbor to friends of my parents, and also recorded at TransRadio. I can scarcely remember when I didn't know the tale of Bolakins (Child 93) in this rendering:

Edith Sitwell and William Walton
I quite literally grew up with Façade, fascinated by the play of and with words. Many characters and phrases from the poems have stuck with me all my life. Edith Sitwell's description of herself as "an electric eel in a pool of catfish" seemed just the sort of thing to seek to become.

Walt Kelly's Pogo consumed me from about 1952, and I bought the books as they came out and immersed myself in Okefenokee doings, which often involved one or another of the characters playing instruments. The Pogo record appeared in 1956.

Brecht and Weil Die Dreigroschenoper was another in my parents' record collection
"Erst kommt das Fressen, dann kommt die Moral" ("first we gorge ourselves, then the morality") and lots of other memorable phrases, with that marvelous Weimar-era cabaret-inflected music.

During the boarding school years (1958-1961) I had no turntable, and thus only occasional access to music via friends and faculty. I wasn't much interested in the pop music on the radio, which was almost the only other available medium. I wrote down the lyrics of my brother John's stable of songs and sang them but not generally to audiences. I was in Gilbert and Sullivan productions (Mikado, Iolanthe, Pinafore), and a few choral things. William Billings' "Lamentation Over Boston" was one example:

Elsa Lanchester
Bill Holland, who taught American Literature to Chadwick's Junior class, played Songs for a Shuttered Parlor for me. Raffish enough to appeal to and exacerbate my edge-of-respectability interests:

Moondog
Gene Hemmer, music teacher at Chadwick, introduced me to Moondog and quite a bit of other non-ordinary music

Gene Hemmer also introduced me to the music of Louis Moreau Gottschalk, this piqueing my interest in New Orleans as a musical center:

Dave Brubeck
Wo could resist "Take 5"? A few of my friends were into jazz, and this one was a favorite:

My brother John gave me a red vinyl bellydance record, saying that it was more my sort of thing than his: 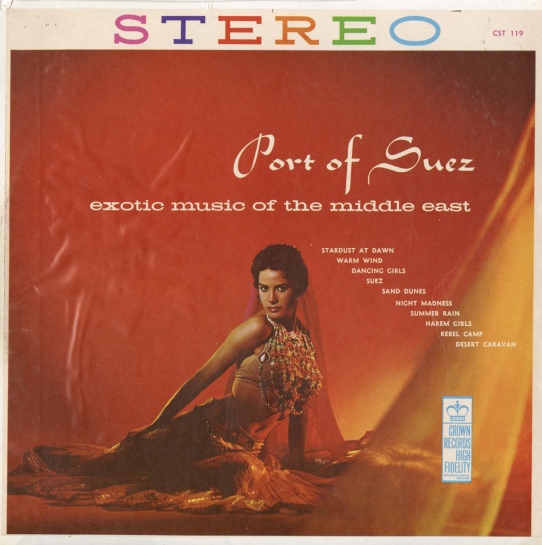 The album turns out to be available via Spotify, and its Orientalist genre can be appreciated via this page of record jackets.

Django Rinehardt
Can't remember how when or where I first heard Django, or what the piece was, but instantly fascinating. Might have been Gene Hemmer.

I did encounter the beginnings of the folk world via The Weavers, The Kingston Trio, Josh White, and Theodore Bikel

. During my Junior year I bought a guitar (the Biltmore Ritz) and started learning to play by picking up chords from anybody who knew more than I did. And I bought the first Joan Baez album as soon as I could.