I've probably put more intense and more varied energies into photography during the last month than in any previous 30 days, including a number of expeditions and many hours with quite a few different books. I can't point to any revelations, but I've surely had some new thoughts and perhaps resolved some long-standing anxieties. I'd like to think that I'm looking at the world with heightened mindfulness, or at least with more attention toward mindfulness, but that may be too grandiose.

In particular, I've dipped fairly deeply into the work of Aaron Siskind, and found a great deal to think about. I happened upon Road Trip: Photographs 1980-1988 (published by The Friends of Photography in their Untitled series), and fell deeply into a number of the images. Two of them: 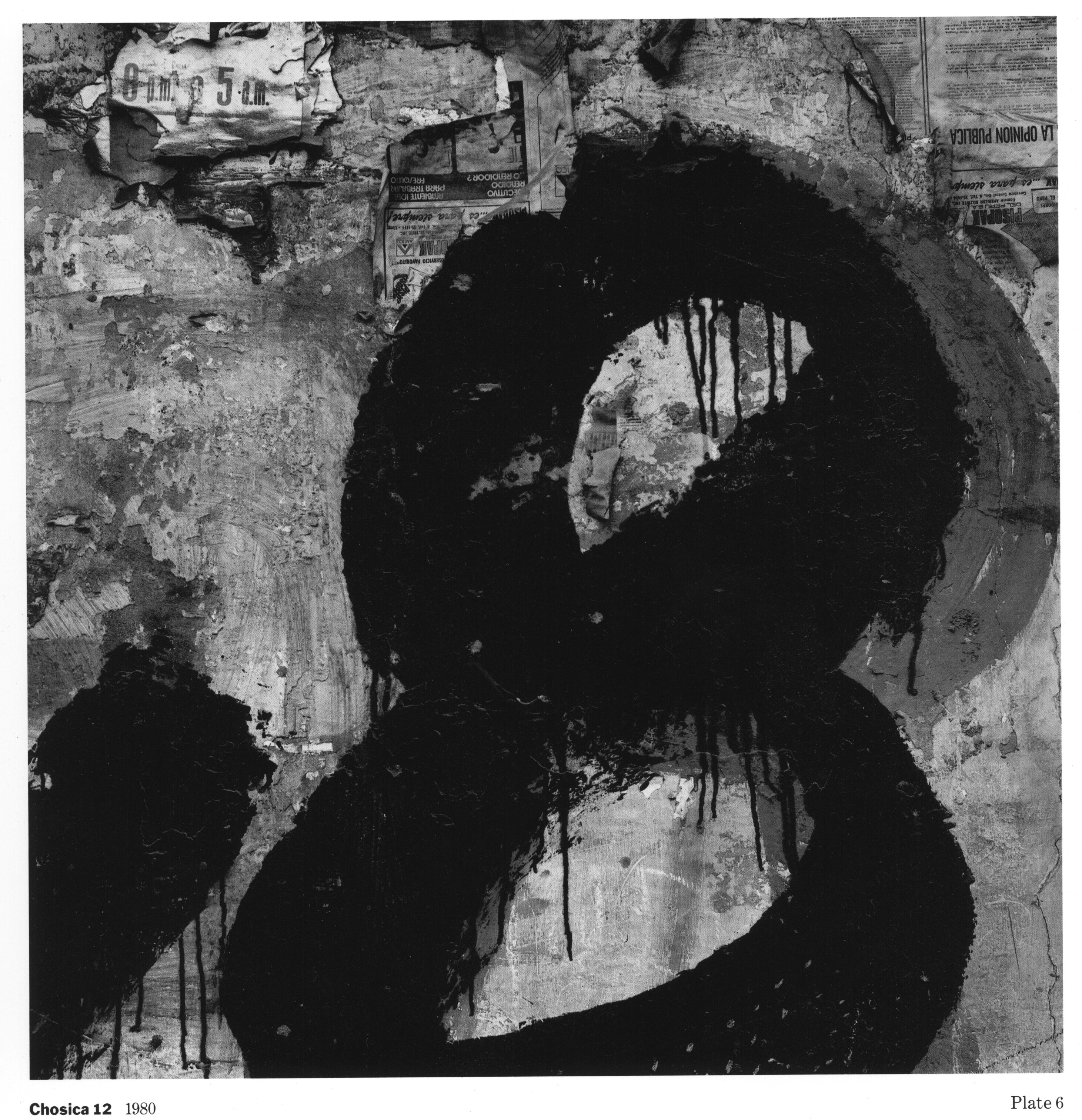 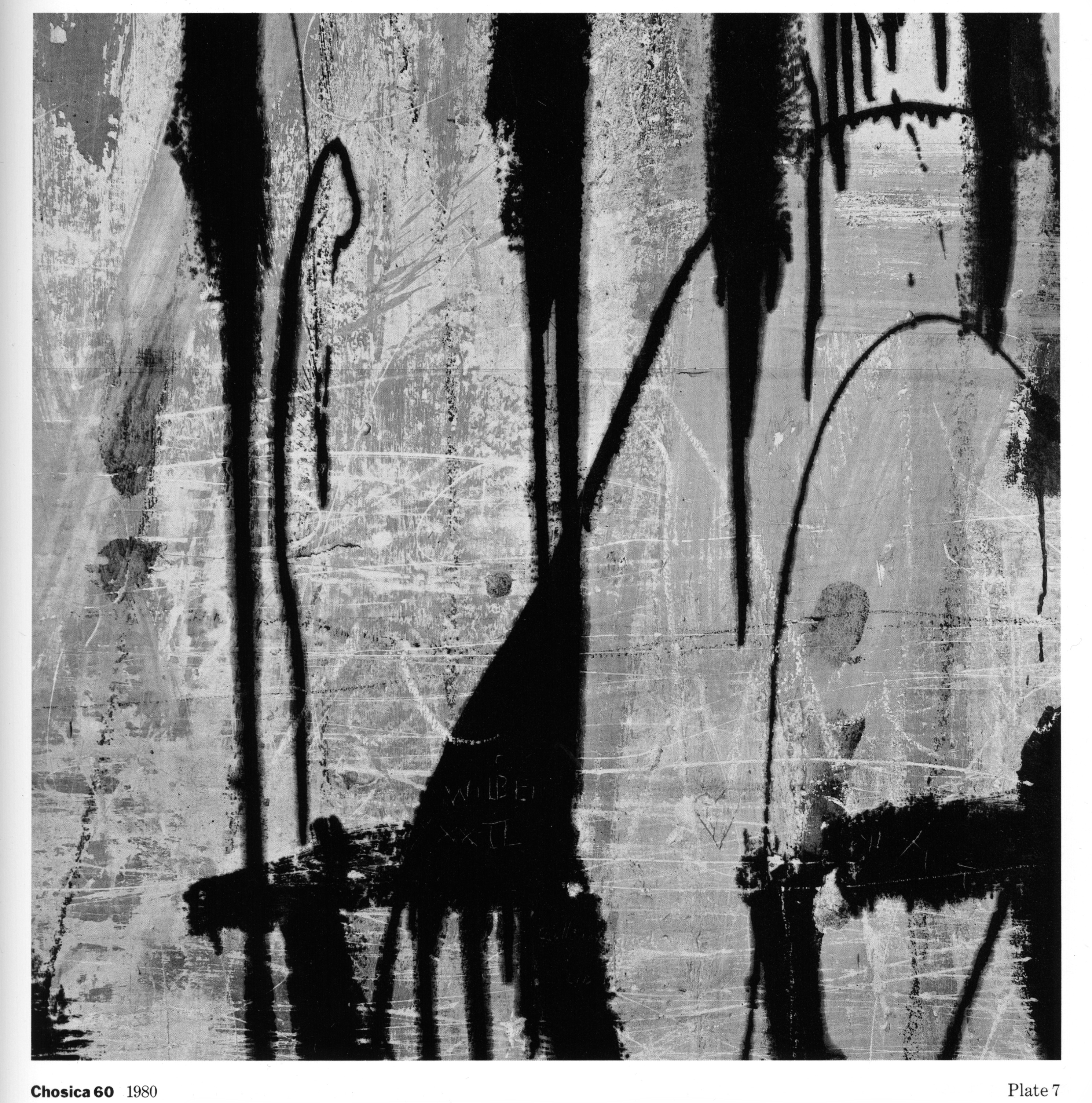 Not so very long ago the abstractness of these would have been pretty baffling to me, but now I happily find bits of order in their seeming chaos. The reading all depends on what you attend to, how you parse the layers of materials on the walls Siskind photographed. What we see may seem at first to be random scratchings, but note that each layer is a point in time: the wall was plastered, successive posters were pasted on and eroded from, paint was brushed and drips descended, passing forces left scratches, some linear, some intended to convey a message. The whole is a palimpsest of human intention and activity, subject to wear and entropy, Legible if you can Read the various languages. The wonder is the balance and clarity of Siskind's framing/composition, in making selections from the artless art of the walls themselves. Could I have seen and captured these wonders myself?

A couple of years ago I started a Flickr Album of "mostly unwitting homage to Aaron Siskind" and just yesterday added this one: 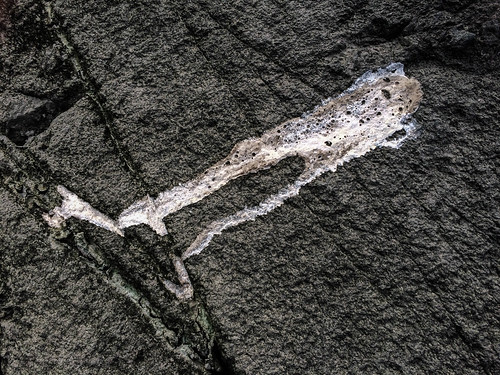 I eagerly await the arrival of Carl Chiarenza's Aaron Siskind: Pleasures and Terrors, and in the meantime offer two quotations from Siskind:

As the saying goes, we see in terms of our education. We look at the world and see what we have learned to believe is there. We have been conditioned to expect. And indeed it is socially useful that we agree on the function of objects.
But, as photographers, we must learn to relax our beliefs. Move on objects with your eye straight on, to the left, around to the right. Watch them grow large as you approach, group and regroup themselves as you shift your position. Relationships gradually emerge, and sometimes assert themselves with finality. And that's your picture.
What I have just described is an emotional experience. It is utterly personal: no one else can ever see quite what you have seen, and the picture that emerges is unique, never before made and never to be repeated. The picture—and this is fundamental—has the unity of an organism. Its elements were not put together, with whatever skill or taste or ingenuity. It came into being as an instant act of sight.
(1945, in Minicam Photography, reprinted in Aaron Siskind: Another Photographic Reality, pp 186-187)