I discovered the Clark Island figures by accident, not unlike other bits of light-on-dark geology,
seemingly impasto or appliqué, in a few other places on the St. George peninsula,
but the Clark Island population seems most social and swarming.
It took several visits to feel that I know them well,
but it would be many more to exhaust their variety.

Printing on satin, as a triptych banner, seemed an effective way to present them,
potentially mobile in moving air currents,
so that they appear to breathe.

Here are some more of the denizens at Clark Island: 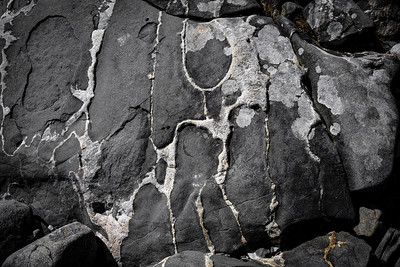 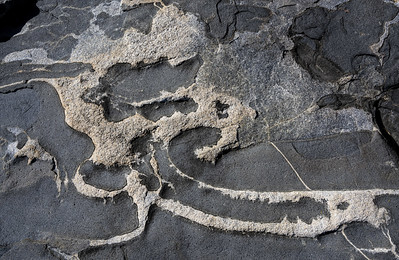 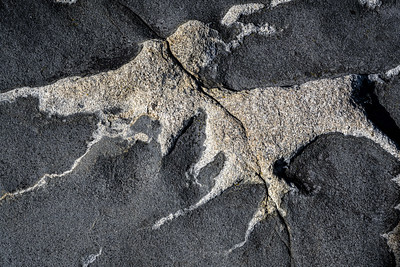 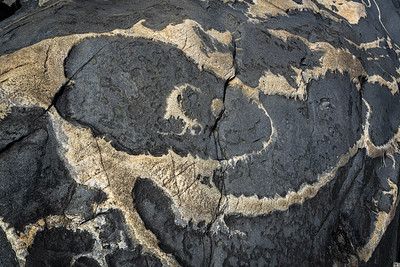 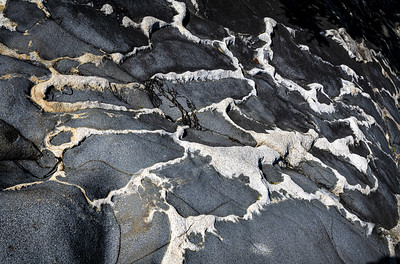 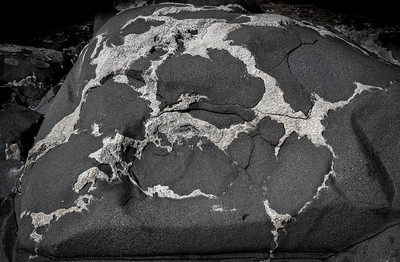 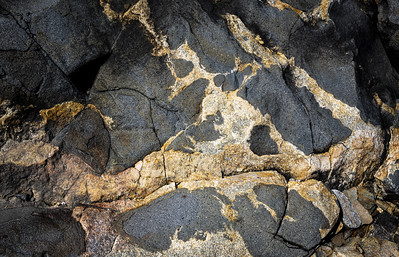 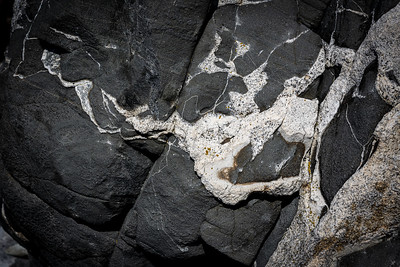 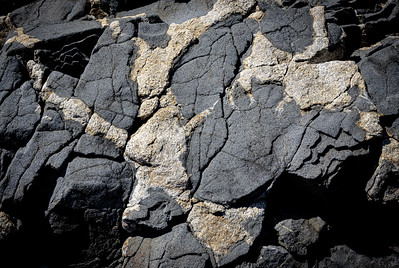 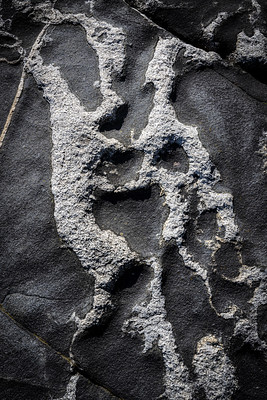 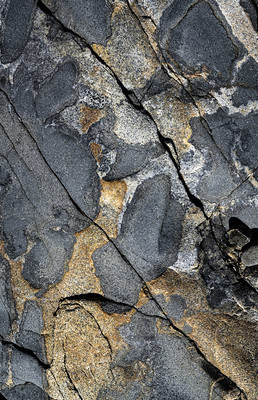 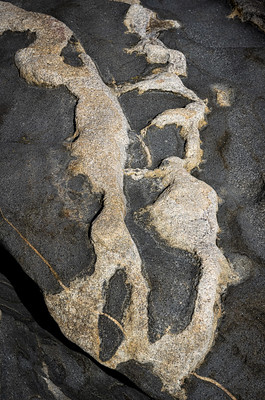 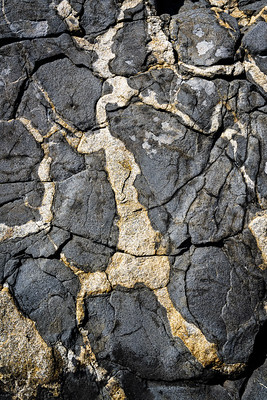 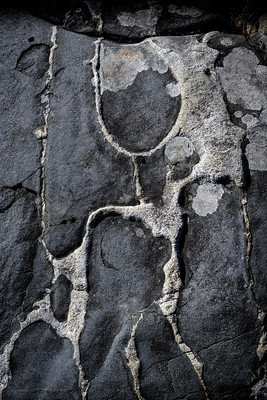 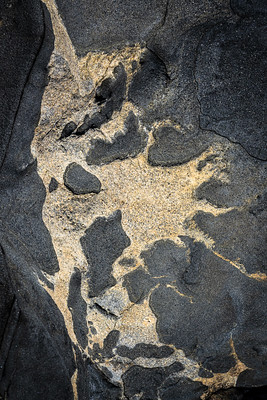 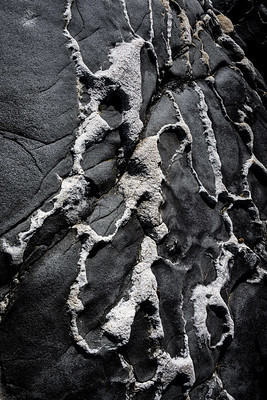 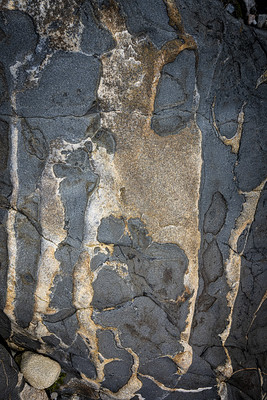 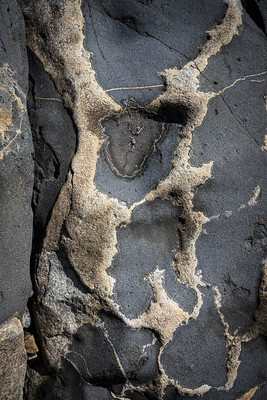 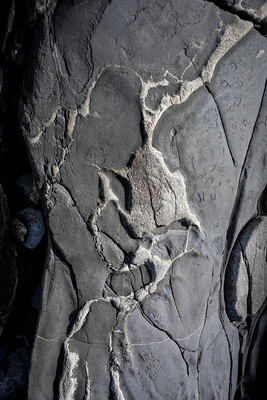 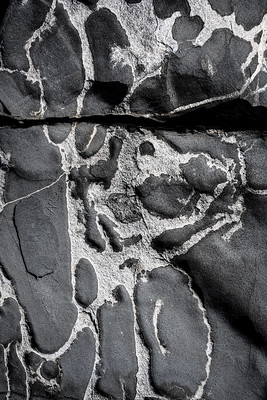 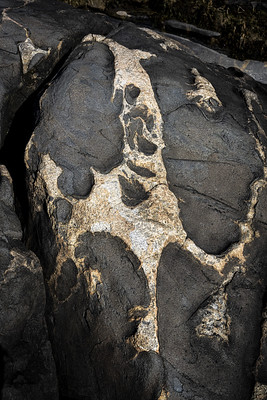 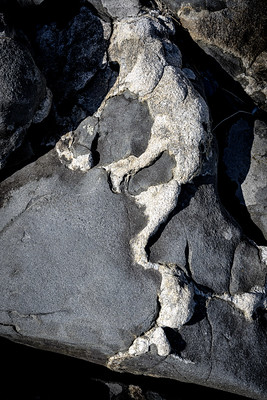 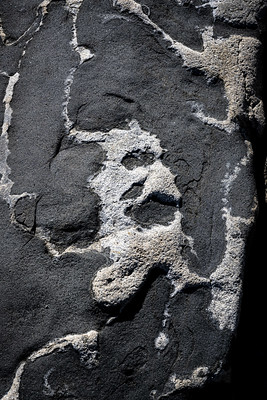 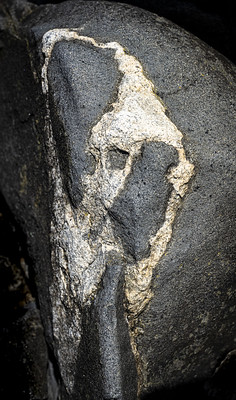