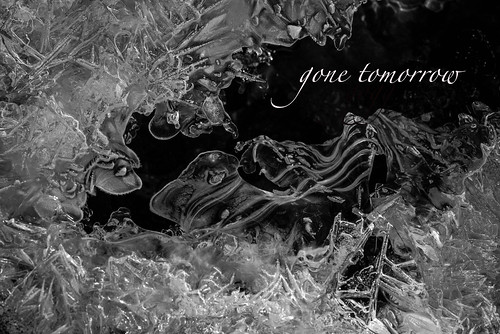 I’ve sent version 1.0 of my latest collection of photographs off to Blurb: Gone Tomorrow. It’s available for download via that link.

Listen to tracks, even buy if you wish: 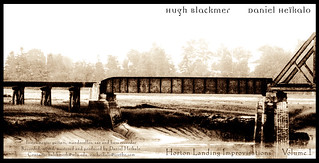 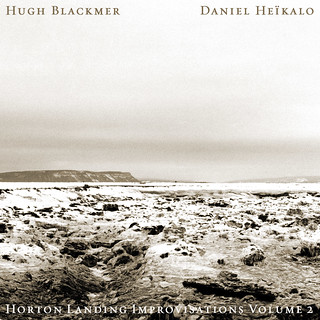 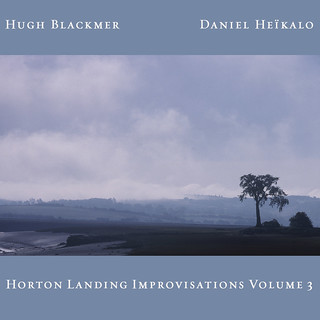 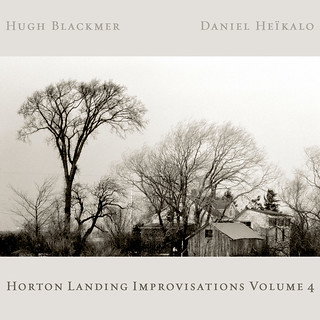 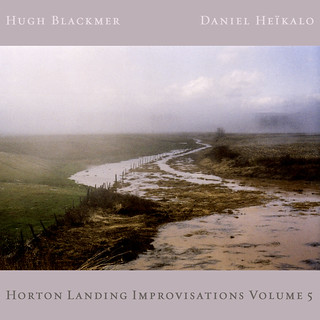 I woke up this morning with the first line of a haiku waggling in my mind:

and in the next few minutes the succeeding lines assembled themselves:

It’s not as if I am much concerned with the naming of boats, though we’re surrounded by them here on the St. George peninsula. Perhaps I should pay more attention to this curious corner of local culture.

Each day’s reading and photography is pretty much guaranteed to present me with unexpected conjunctions and insights. This morning I read this in Ralph Eugene Meatyard (Steidl 2005), from a talk he gave to the Louisville Photographic Society in 1959:

I think of Meatyard and Clarence John Laughlin and Frederick Sommer as inhabiting many of the same quarters of the photographic landscape, where the ineffable reigns supreme and everything is more (and even spookier) than it seems to be at first glance. And I’m delighted to find that I have been, though unbeknownst, treading in his footsteps with about half of those “methods, series, subjects.”

I’ve been exploring the possibilities afforded by a new lens, an 11mm ultrawide Irix. Three rock photographs from this morning’s visit to Marshall Point: 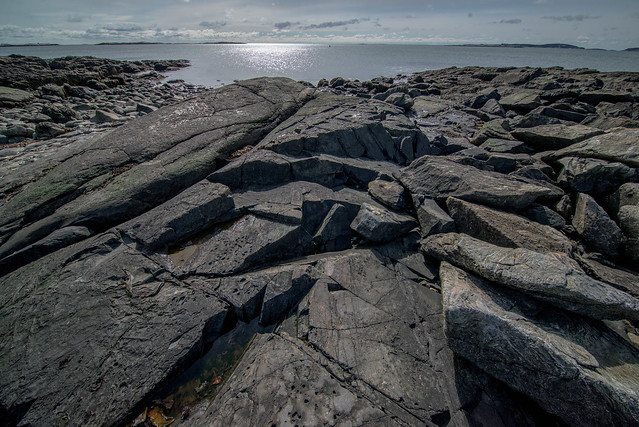 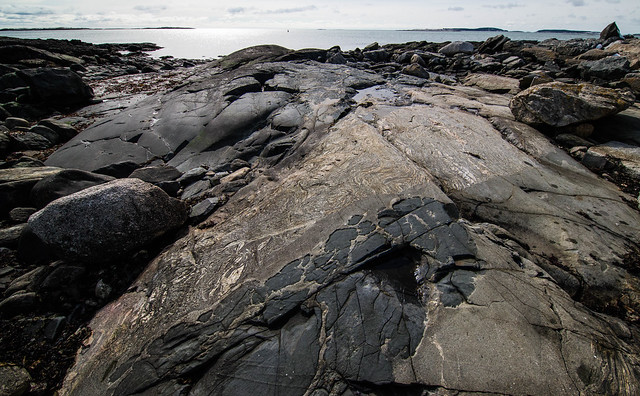 (note the enormous feline presence in the NW quarter) 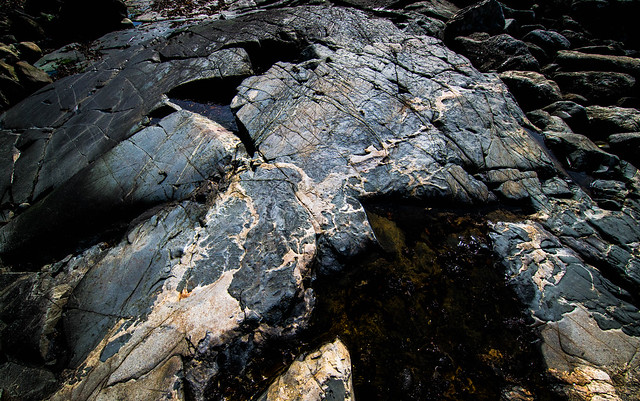 (glacial scarring and a wonderful splash of intrusive lighter rock)

…and, nearby, a marvelous troll maiden, with seaweed tresses: 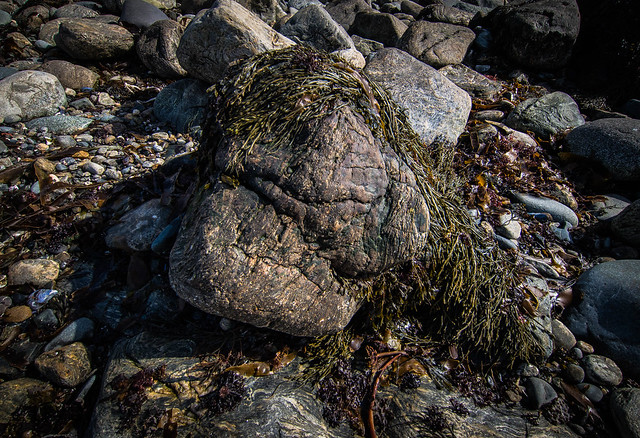 I’ve been reading Blake Stimson’s The Pivot of the World: Photography and Its Nation (MIT Press, 2006), which discusses three photographic Projects: Steichen’s The Family of Man, Frank’s The Americans, and the work of Bernd and Hilla Becher. Among the rumination-worthy bits I found this passage on aesthetic experience:

…The moment of feeling the pleasure of beauty or the fear of sublimity… [quoting Adorno] “the moment in which recipients forget themselves and disappear into the work; it is the moment of being shaken. The recipients lose their footing [and] the possibility of truth, embodied in the aesthetic image, becomes tangible.” (pp 25, 26)

I have occasionally felt that frisson, recently in coming upon a wall of Bernd and Hilla Becher’s images at Pier 24 in San Francisco, and also with a few of Paul Caponigro’s prints. One simply falls into the images and is vastated, never quite the same afterwards.