ON DATA RENTIERSHIP IN ‘BIG TECH’: WHY SILICON VALLEY MIGHT NOT BE THE INNOVATION MODEL WE’RE LOOKING FOR

…the increasing trend amongst tech companies towards innovation goals and strategies framed by the pursuit and creation of monopolies, market power, or regulatory capture – that is, of economic rents – as opposed to the creation of new goods, services, and markets… a key characteristic of Silicon Valley is the pursuit and entrenchment of a strong intellectual property (IP) regime.

What science fiction makes you think about is the interaction between the relentless advance of technology and the equally relentless commitment to the status quo of groups and organizations. People are gonna people whether they travel by covered wagon or starship.

What science fiction encourages you to do is to think about how people will react in any kind of scenario. And, it gives you permission to imagine a much richer variety of possible scenarios beyond what history or contemporary society serve up.

A new look at antique US railroad maps reveals how cities grew over the past 200 years. The FT’s Alan Smith and Steven Bernard trace how cities, people and the economy spread from coast to coast

and see Dataverse.Harvard.Edu, “a repository for research data” 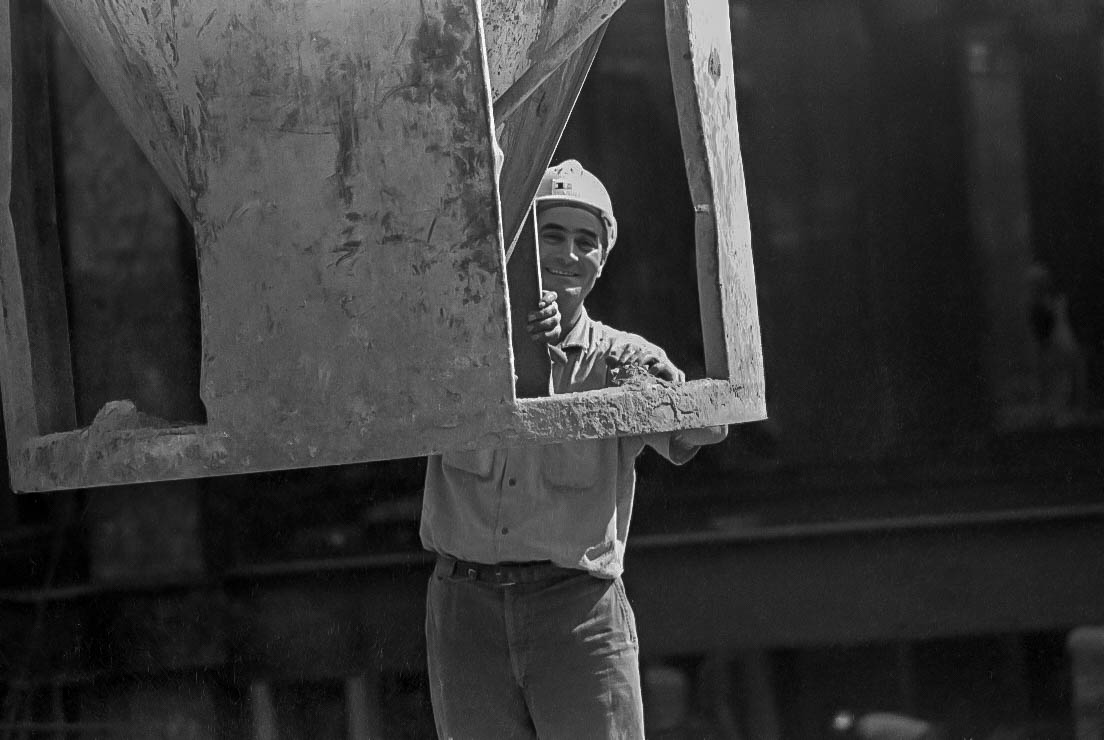 One of my bottomless projects is the 2400+ negatives I made on the job site of the first high-rise building in Boston’s financial district. There’s a book in there somewhere, but in order to think about the images I need to be able to see them, sort them, decide on narrative directions and contents and so on. So I’m gradually building a Web locus for the project, intending to treat it as a workspace for trying out presentation ideas, generating supportive text, and basically sand-boxing. You’re welcome to watch:
State Street Bank, 1964-1965

I follow a lot of blogs, via my Feedly RSS feed. Mostly I skip through their subject lines quickly, reading only those that seem directly relevant to my interests (which do tend to sprawl) and sending on to various others the URLs that seem to me likely to be of interest to specific interwebs buddies.

For years now I’ve used Zotero to keep track of the blog postings that are especially fraught with meaning for myself, and there’s a link at the top of my blog that connects to

which sort of mirrors the day to day flux of engagements. Missing from this list (because I can’t discern any way to include) is the aboutness categories into which I place the links. I can capture the links to specific aboutnesses (e.g., Trumpery captures the links to postings on that subject; anthro tracks what strikes me as preservation-worthy in that realm; and lexicon for wordstuff… and so on). So I can keep track of my own interests, as reflected in the reverse order of stuff I send to Zotero, and I can figure out when I first encountered something via RSS, though I rarely do that sort of retrospective inquiry. But the whole thing is rather unwieldy.

Perhaps I’m missing or misunderstanding something of Zotero’s powers as an information management tool, but it seems to me there should be some way to hashtag Zotero captures, and thus potentially to incorporate them into discourse. Which is to say that I’m wrestling with how to capture the flow of important stuff and then expose it to wider audiences. An activity I’ve been engaged in forever, it seems.

I’m forever finding things that seem to apply to people and situations that aren’t precisely my own but do need rediffusing in some medium. Here’s one that just snuck up on me:

Imagine a world where speaking or writing words can literally and directly make things happen, where getting one of those words wrong can wreak unbelievable havoc, but where with the right spell you can summon immensely powerful agencies to work your will. Imagine further that this world is administered: there is an extensive division of labour, among the magicians themselves and between the magicians and those who coordinate their activity. It’s bureaucratic, and also (therefore) chaotic, and it’s full of people at desks muttering curses and writing invocations, all beavering away at a small part of the big picture. The coordinators, because they don’t understand what’s going on, are easy prey for smooth-talking preachers of bizarre cults that demand arbitrary sacrifices and vanish with large amounts of money…

The analyst or programmer has to examine documents with an eye at once skeptical and alert, snatching and collating tiny fragments of truth along the way. His or her sources of information all have their own agendas, overtly or covertly pursued. He or she has handlers and superiors, many of whom don’t know what really goes on at the sharp end…

(from Ken MacLeod’s preface to Charles Stross’ The Atrocity Archives)

Surely everyone wants a personal Difference Engine, right? Thing-O-Matic is what you need to get into the game. I really recommend a listen to Daniel Suarez’ talk at the Long Now Foundation, which I missed when it was first posted. Here’s an eye-opening bit from the transcript:

Many of you have Bluetooth devices in your car but you may not know about the TPMS system; this is the tire pressure monitoring system. It was federally mandated by the 2001 TREAD Act. That’s right. You all remember voting for this, right? It says that any car manufactured up to 2007 has to have wireless nozzle pressure measurement devices that communicate with the computer onboard the car to see that your tires are safely inflated. Now, they have to have a unique I.D. so that the computer knows your tires from the car next to you and of course, it is an open standard and makes it very simple to track the unique identity of an automobile; but of course, to do that you would have to have devices scanning. Fortunately, such scanners have started to spring up at choke points throughout modern cities. These are privately owned scanners with the data being gathered and stored again because it’s cheap to store data, vast amounts of data. This data can be piled up along with your financial transactions and anything else and bots can go through it to find persons of interest or they just find patterns or even just to sell you stuff. I’ll give you an example of just a few such devices as a BlueSweep scanner and a BlueSweep scanner is a device that able to identify all bluetooth devices within its radius, identify what their capabilities are, and what exploits they might be vulnerable to. A BlueSniper can do this up to a kilometer away. Let’s go a little further down the wall. There’s the Bluesnarfer you were all expecting. Now Bluesnarfer can use an exploit and given to it by a Bluesweeper to steal your address book, your text messages, your calendar, your pictures of your kitties, and bluetooth car whisperer can push advertising into your car speakers through your car’s bluetooth system. Now more worrisome, it could also be used to hook into your car bluetooth phone system to eavesdrop on conversations in the car. Now, if you combine that with something like the TPMS system or any future open standard device, you could pretty much track a car and listen to its occupants as they move throughout the city at any point in the future or at the moment it’s happening. Now, so you’re walking through this gauntlet of scanning activity with all the wireless devices and again, I’m sure we were all aware of this, and then there’s of course financial transactions every time we buy stuff with a debit card or a credit card. Who, what, where, and when? Combine that with visual data and all of the other points that tell us who was there with you, where you were going can be used to tell some very interesting stories. So it’s a great constellation of information being gathered on us at all times and then of course privately owned devices Hoovering up all these information. So this is the world you live in right now. Who knows what it will be like 10 years from now?

I’ve been reading the Marcus and Sollors A New Literary History of America article by article, and this morning came athwart Daniel Albright’s on Gertrude Stein (“1903: Gertrude Stein moves to Paris, and neither is ever the same again”), in which is quoted this bit from Stein’s Three Lives:

Hmmm, I thought, how very like the Web in which we live more than a century later.

Albright ends his article with this food for thought, quoting an unknown-to-me

peculiar piece from Jonathan Swift called A Compleat Collection of Genteel and Ingenious Conversation (1738), full of passages such as this:

Neverout. Miss, what spells b double uzzard?
Miss. Buzzard in your teeth, Mr. Neverout.
Lady Smart. Now you are up, Mr. Neverout, will you do the the favour to do me the kindness to take off the tea-kettle?
Lord Sparkish. I wonder what makes these bells ring.

Hmmm, I thought again, how very like the Web in which we live more than a century later…

It’ll take 3:50 of your time to watch this from Kevin Kelly:

This interests me on several dimensions: as a mode of presentation (obviously, if EVERYthing was in this format it would get old fast… but it does focus the mind if it’s novel, and the visual effects do nudge one to hear the message more clearly than if it’s just spoken, or just straight text), for its content (some of his assertions are arguable –but which ones for you? And it’s short enough to be an effective stimulus material for teaching, a good model), for its potential remixability (wouldn’t it be FUN to have a class pick out particular segments to expand upon, annotate, produce new remixes of? What’s the technology package necessary to do that?)

(via Phillip Torrone, who chooses the last 30 seconds for his focused attention… but I view it in the context of my current reading of Stewart Brand’s Whole Earth Discipline: An Ecopragmatist Manifesto, about which I’ll have stuff to write real soon now.)