Exercises provoke realizations as much as they nudge us in the direction of specific skills. I found this one difficult and unsatisfying, perhaps because I found myself trying to find the least representational bits in the photographs I attempted, without much clarity in process or result. And then it occurred to me that my forte is not finding abstracts in things, but finding things in abstracts—those tesselations and creatures I spared you in Exercise S5-2 are pretty much exactly that: "things within things, compositions within compositions, and images within images."

As a diversion, I point you to an unplanned and spontaneous adventure from last week in Nova Scotia, the Gaspereau River Dominion Atlantic Railway bridge knot project. The bridge saw its last train 10 years ago, and now rusts gently over a tidal river that rises and falls 35 feet twice a day ("Highest Tides in the World" in the Bay of Fundy), about 1/4 mile from our house. The ties are probably 50 years old, and have had plenty of time to develop character. 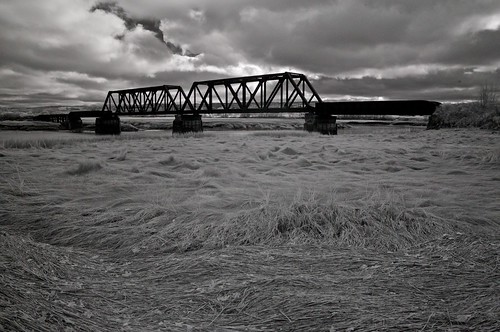 We spent a couple of hours crawling around on hands and knees, abstracting whatever presented itself.

Here are a few of my attempts at finding interesting abstract bits within representational photographs. I just don't find the results very convincing, and wonder if I'm missing the point of the exercise: 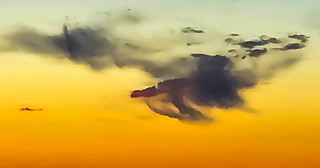 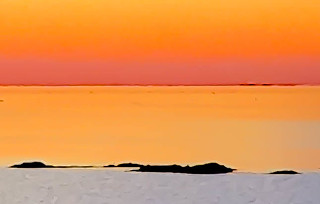 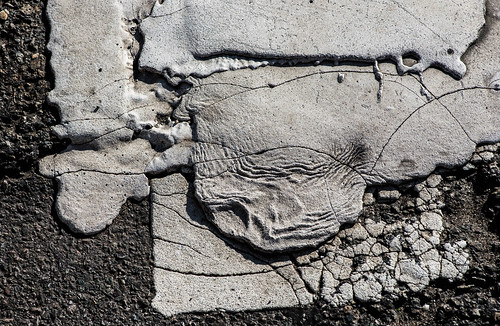 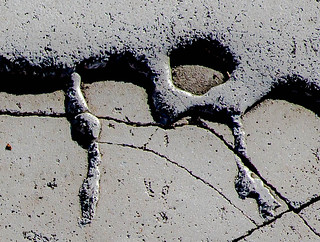 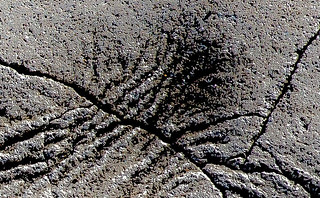 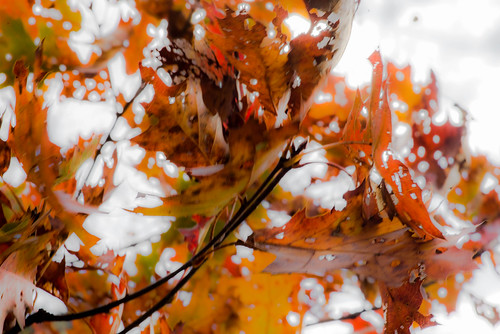 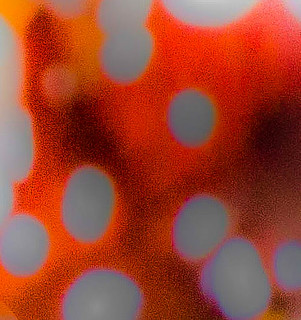 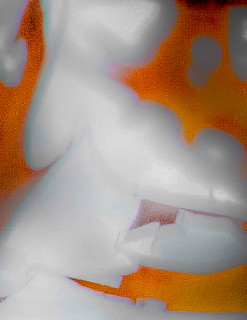 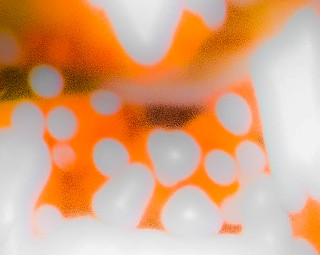 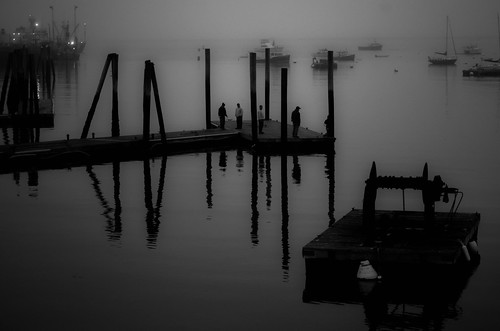 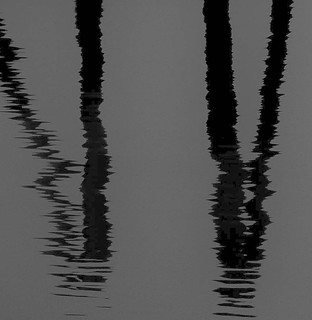 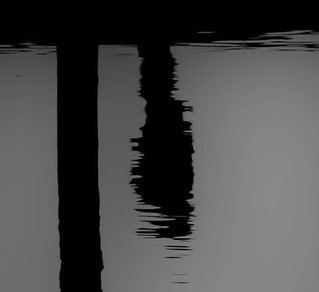 ...or so I thought as I went to bed last night. I awoke this morning and bethought myself to try again, hoping that inspiration might strike. I was looking at some infrared images I'd done using the laptop, nothing very remarkable: 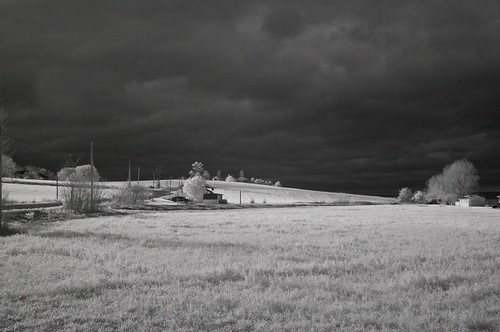 but this appeared in the sky: 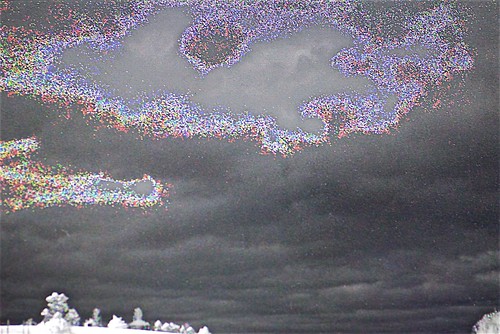 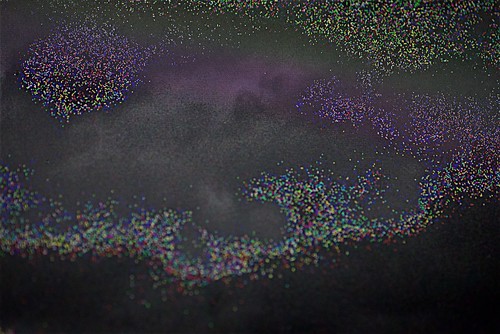 I'd seen the phenomenon once before on the laptop, and tried to do a screen capture... but the effect is an artifact of the laptop's display, so the only way to capture it is to ...ummmm... photograph the screen. So I spent half an hour or so doing just that with several infrared images, with the effect that otherwise-invisible abstract bits emerge, do a little dance on the screen, and then vanish forever (I have no idea how to make those artifacts appear on command; they seem to happen when they want to make an appearance).

The Curry farm's barn, next door to our house: 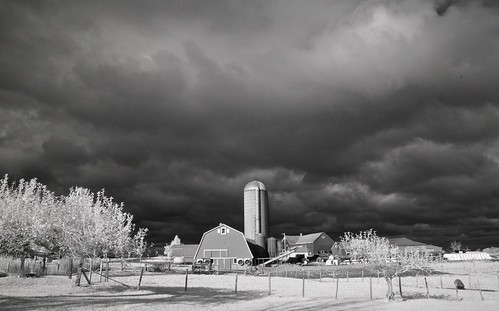 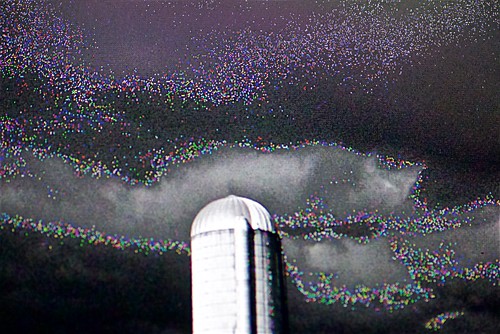 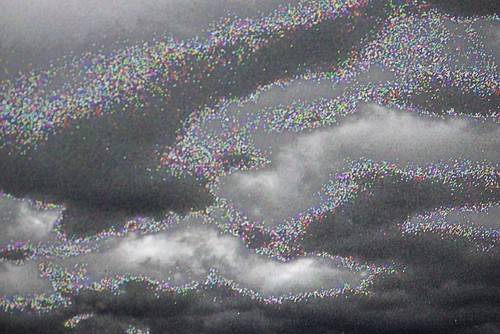 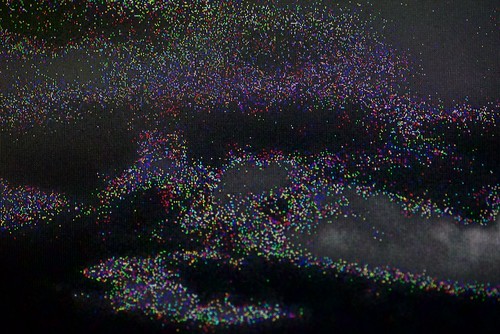 and the Dominion Atlantic Railway bridge: 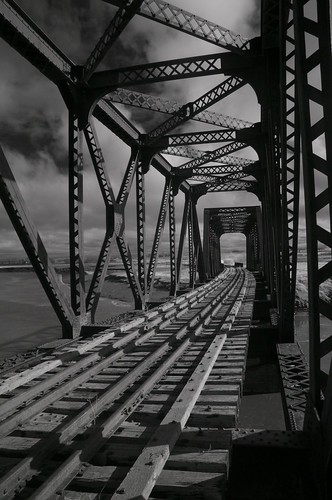 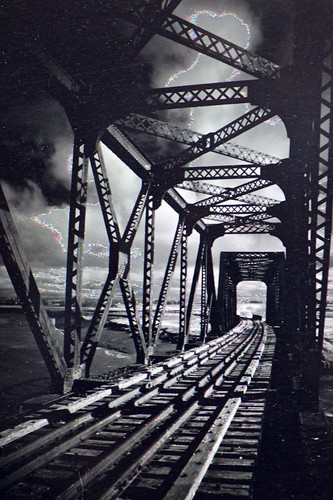 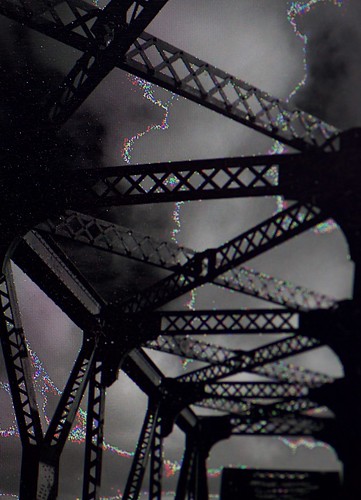 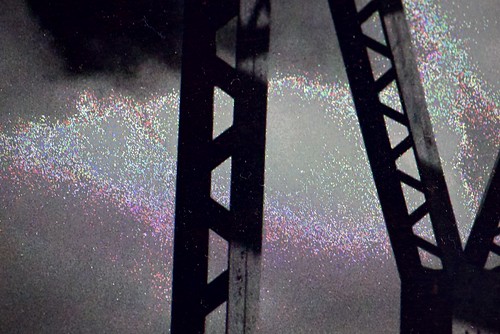 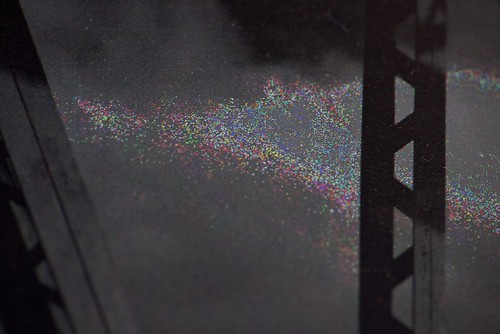 Okay, not exactly what the exercise called for, but satisfying in an unexpected way. The moral of this story: Pixels have gifts to bestow to those who are patient.