abstracted from an 8-year old me: 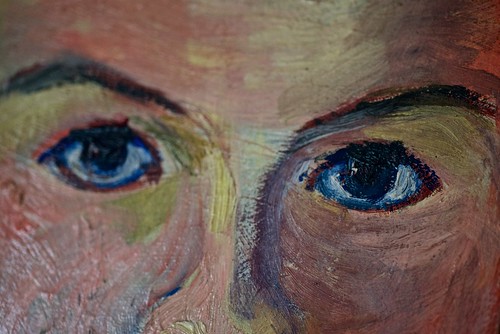 (hanging in the house at Horton Landing, Nova Scotia)

During the Internet outage I decided to look more deeply at some examples of Abstraction in photobooks. Susan Derges' Elemental (Steidl 2010) has been on our shelves for several months, and I've leafed through its remarkable images several times, but not really tried to place her work within the compass of what I see as familiar (or, to put it better, not really tried to stretch my 'familiar' to incorporate her vision). There's an obvious pull toward the scientific (week 6?), though the science is the alchemical earth-air-fire-water, and there's also a delicious take on Abstraction in the methods employed in many of the images: photograms made by immersing light-sensitive material in moving water and under ice; enlarger light passed through translucent media (frog spawn in water) onto Cibachrome; sound waves propagating in a droplet of mercury, caught by strobe light. These iPhone captures might give some slight sense of the experience of reading Derges' images: 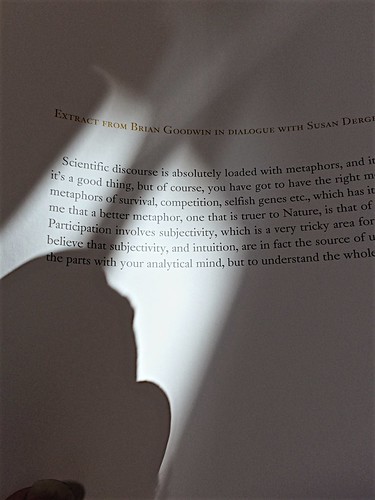 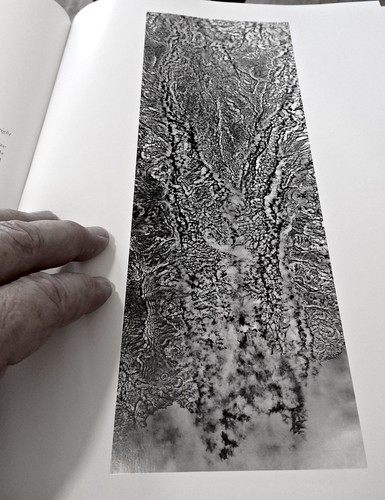 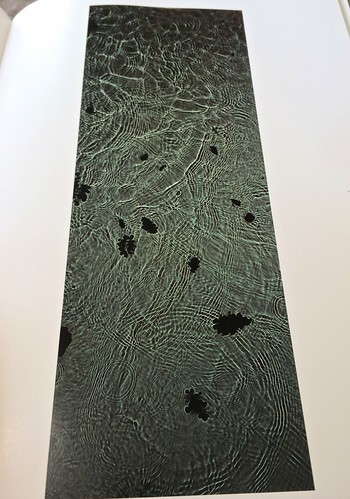 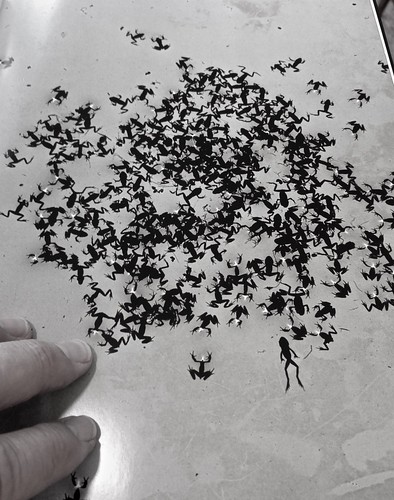 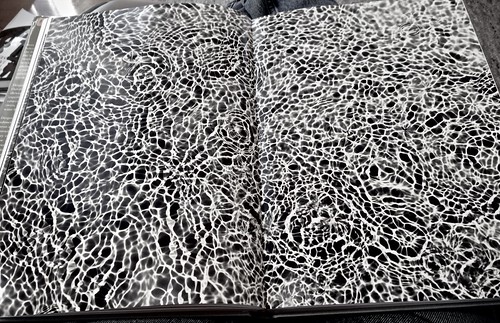 Not, I would have said, my sort of thing, but I find myself delighted to have discovered Derges' work.

An image from Lyle Rexer's The Edge of Vision (a book I'm really glad I bought) captures for me another facet of Abstraction that I find especially fascinating: Idris Khan's every Bernd and Hilla Becher Spherical Type Gas Holder:

The Bechers' quixotic pursuit of industrial form appealed to the collector in me when I first encountered it, but it wasn't until I saw a show with walls full of Becher images (at Pier 24 in San Francisco, last spring) that the penny really dropped for me, lump-in-throat and misty eyes, the whole thing.

I've long said: gather up a lot of something and study it and Form will emerge. Idris Khan's distillation gives a whole new and vital reading of this magic of extracting an essence.

And that puts me in mind of another example of the same fundamental abstractive methodology, of which I've seen a number of examples. Take thousands of full-face portraits and algorithmically combine them to one "average" face, a face of everybody and nobody. Interpretation of the results is utterly subjective, especially in the popular 'national' comparison:

Here's what the average person looks like in each country (sic!)

And that leads on to an example of temporal abstraction, which I've seen in several presentations (books, gallery, individual photos on the Web). And then I encountered this morphing version, and was smitten once again by Nicholas Nixon's vision spanning 40+ years (skip the music...):

(and see the New York Times feature on the project)

Another kick-in-the-gut experience is a half-hour in the company of Frederick Sommer: photography, drawing, collage (2005). I feel again the shock that galvanized me in 1964 or so when I first saw an issue of Aperture (10:4, 1962) dedicated to his work 1939-1962. Some Sommer images are clearly no-idea-what-it-is abstracts, and many others partake of other facets of Abstraction. Here are a few that I find especially powerful:

and presents the MOMA Sense of Abstraction exhibit. My god, they're all there: Siskind, Chiarenza, Caponigro, Bullock, Meatyard, Jacobi, Kepes, White, Callahan ... and some I didn't know. A primer in Abstraction by our forefathers (and one foremother...).

One other image has been haunting me ever since Abstraction was mooted as a workshop subject, and it goes all the way back to the beginning of photography, to Daguerre looking out his window at Boulevard du Temple and abstracting time—an exposure long enough that the vibrant life of the street is what? overwritten? stripped away? blurred to nothingness? except for one figure, apparently standing still to have his shoes shined. 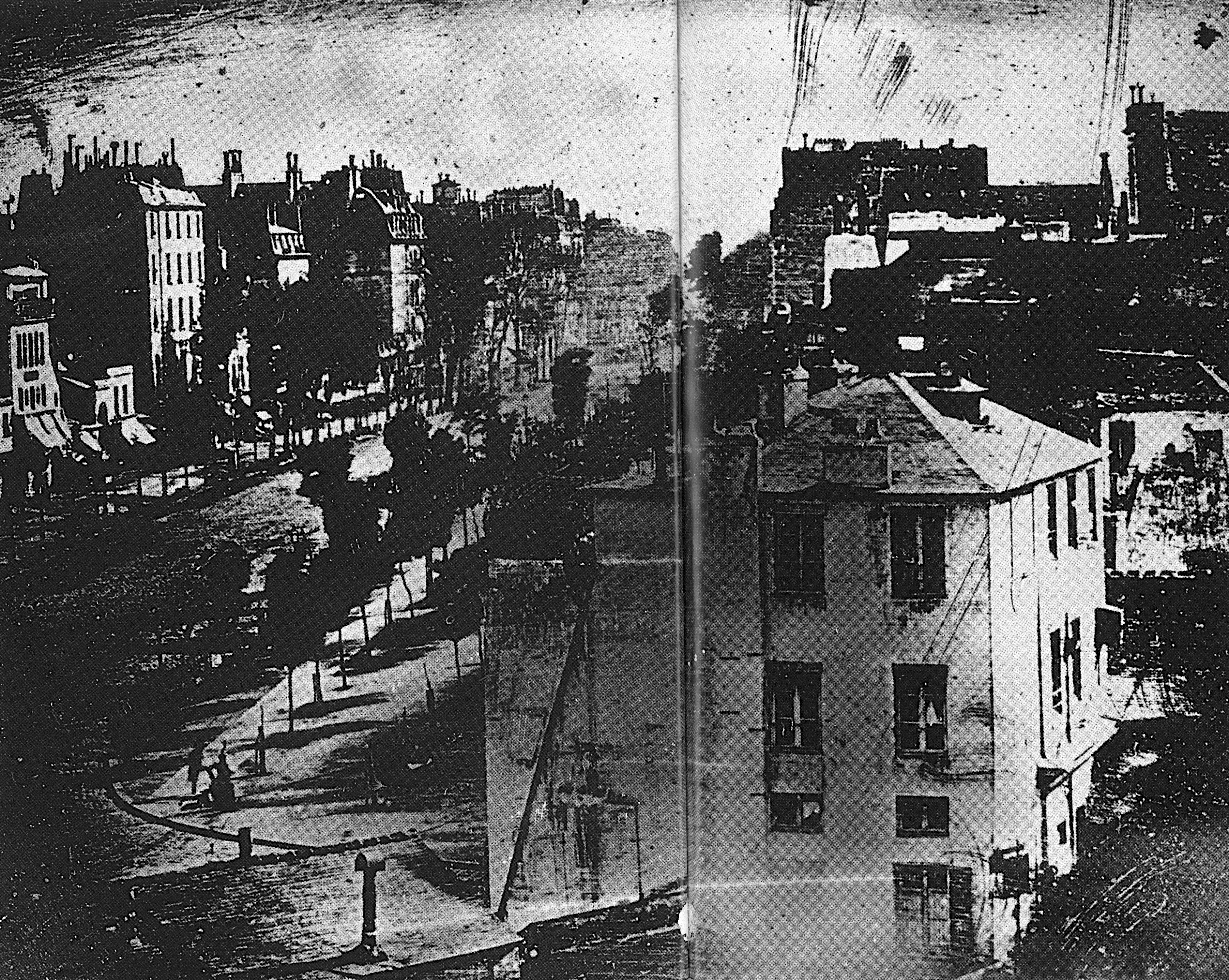 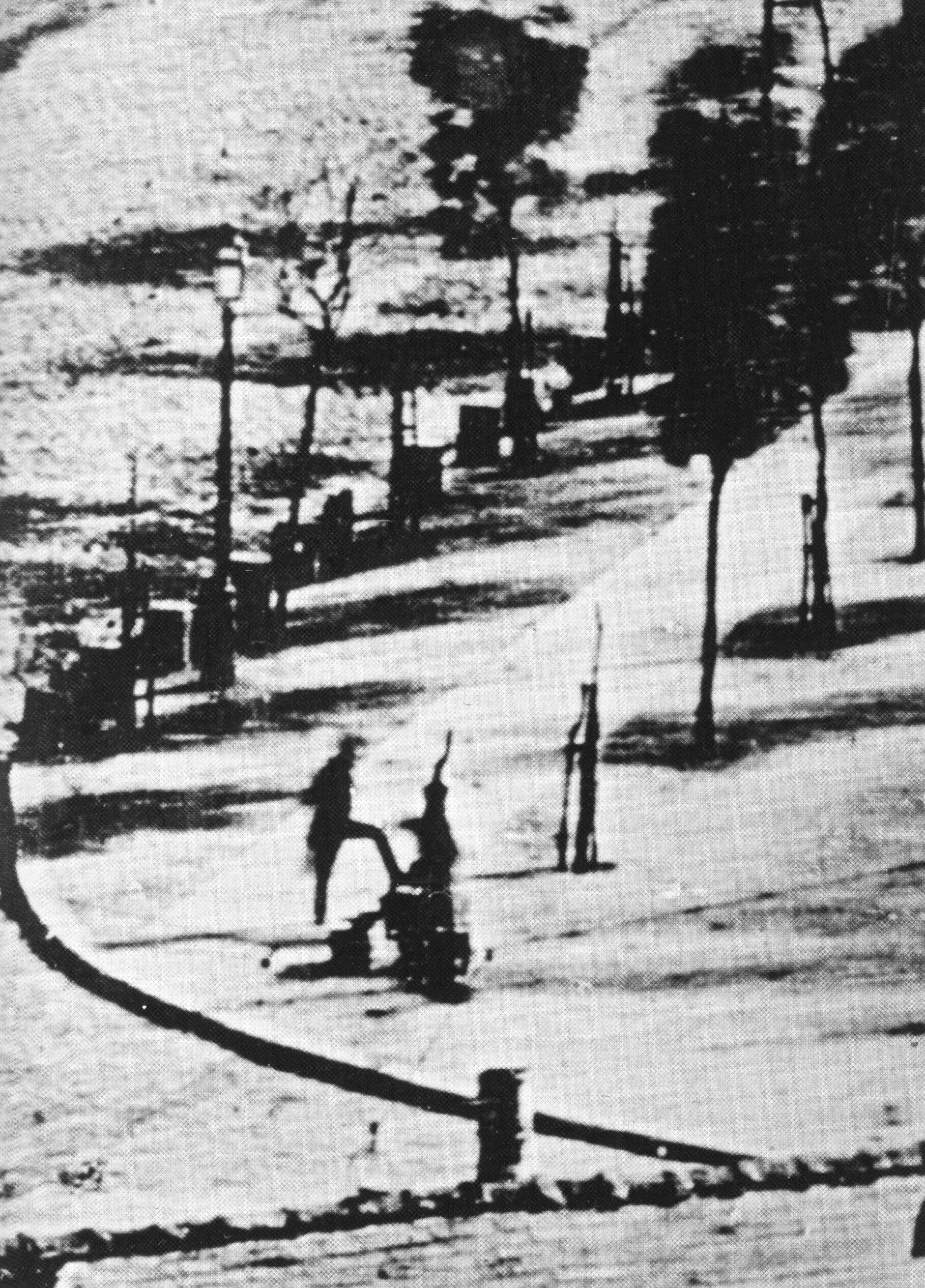 And the image is abstracted also in the sense that all we see are bits of silver on a glass matrix, and we fill in the context and see a standing man. In effect, we see the Dalmatian in spite of the camouflage of spots, and the seeing stays with us.

Ah, the interwebs are back again!. Let the Wild Rumpus Begin.